Fishing reports have been very patchy, there are loads of whiting and dogfish to be caught, but alas cod stocks are very much down in the Thames estuary. In fact reports from all around the British Isles are down which makes for grim reading. The last ten years have seen our cod stocks drop dramatically, yes, we still have pockets of fish, south coast around the Chesil beach area has produced a few cod and also the Bristol channel add a few from Bridlington and that appears to be about it, at least south of the border.

It really is a sad reflection of our heady days of British trawlers returning with tonnes of our staple diet. We are now looking at fish of unknown names from far afield in our local supermarkets. Our Fishery ministers change like the wind without a clue of hands on in the know, just because the job is there and the powers that be need to get to grips with what the real life commercial fisherman has to contend with.

Back to this week’s fishing column and yes there are still loads of fish to be caught, in fact fish into darkness it’s a bite a cast. Whiting are the predominant species and to be honest it is difficult to get through them, but with light tackle they can be great sport along with sill the odd bass and dogfish.

Colchester Sea Angling Club headed for the Frinton beaches for the second of their sponsored Wass’s Tackle match. They fished the shallow beaches on the Frinton coastline. 18 anglers turned out on a windy day, but with calming seas it was looking to be a productive match, and so it proved. Fish were in abundance and those long-range casters certainly had the advantage. 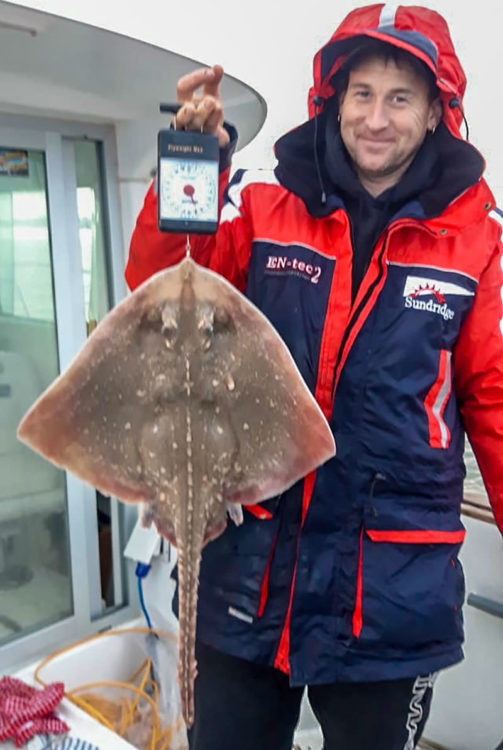 Walton Pier is still producing thornback ray and plenty of whiting. Steven Ruggles did manage to land an elusive codling on a night tide from the pier. Jay Davy fished during daylight hours and caught dabs, dogfish and whiting. He also lost one very big fish that almost took his rod over the side of the pier.

The Holland and Clacton beaches are very productive after dark, local angler Richard Dale fished here and reported that it was whiting on most casts with the majority being of a good size.

Clacton Pier is still in thornback ray mode with rays showing on day and night tides, still only an outside chance of a codling.

From the boats, reports are much the same too, just an outside chance of a codling, but the thornback ray make up for their lack of abundance. Rays to 9lbs have been reported. Martin Smyth fished on Chris Jaibahadur’s boat just in the Brightlingsea estuary. They landed 13 thornback rays between them plus dogfish with Martyn landing the biggest ray of 9lbs.