Wind and monsoon like rain hit the Fylde coast last week affecting both boat and shore anglers around the Lancashire area. A brave few did venture out.

Dave Brown had an after work session over high tide, it was pretty gusty at times and pretty wet however it did fish. Dave ended up with eight codling, a 2lb bass and a couple of better whiting. 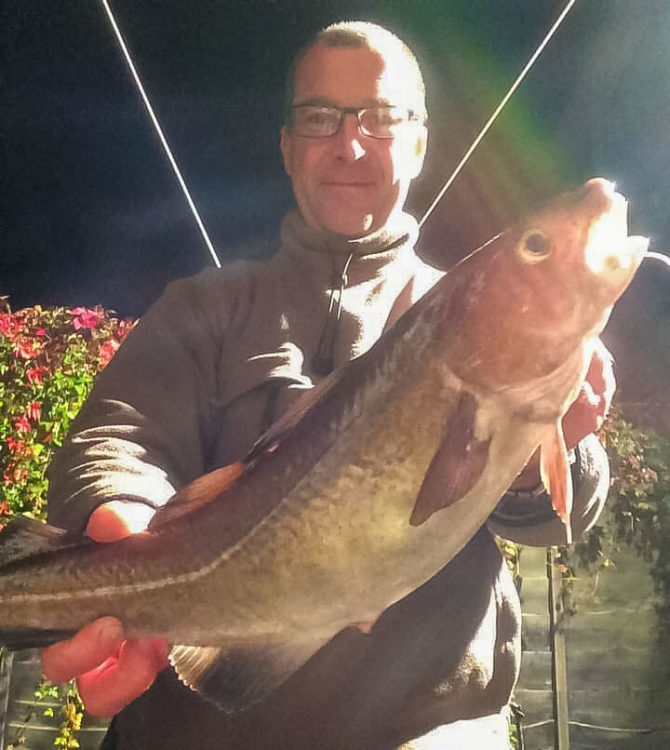 Dave Brown with a codling

Big thanks to Bispham Angling for some cracking worms tonight.

Leyland and District Sea Angling Club fished their latest match on the Stone Jetty at Morecambe. First place went to Peter Pilkington with a total length of 89cm made up of a 21cm whiting and the biggest fish, a 68cm bull huss weighing 3lb 5oz.

Second placed Nigel Thompson had a flounder and a plaice for 43cm while Fred Howard was third with a 17cm whiting. Fred also won the raffle.

Thanks to the eight members who braved the horrible windy and rainy weather.

Sunday saw the Fleetwood and District Angling Club’s heaviest fish open. The match was sponsored by and run from the Rossall Tavern at Fleetwood.

Conditions were awful for most of the match with monsoon like rain, it was windy but luckily slightly offshore. The fishing was not brilliant but probably two thirds of the anglers caught fish. The main species were dogfish whiting and a few small codling.

All the prize winning fish were dogfish. Fish came from all areas of the venue.

Congratulations to the winner Colin Blackburn who had a dogfish weighing 1.08kg.

The weights between the other dogs were very close, this is why we use a very good set of electronic scales to try to stop any arguments. 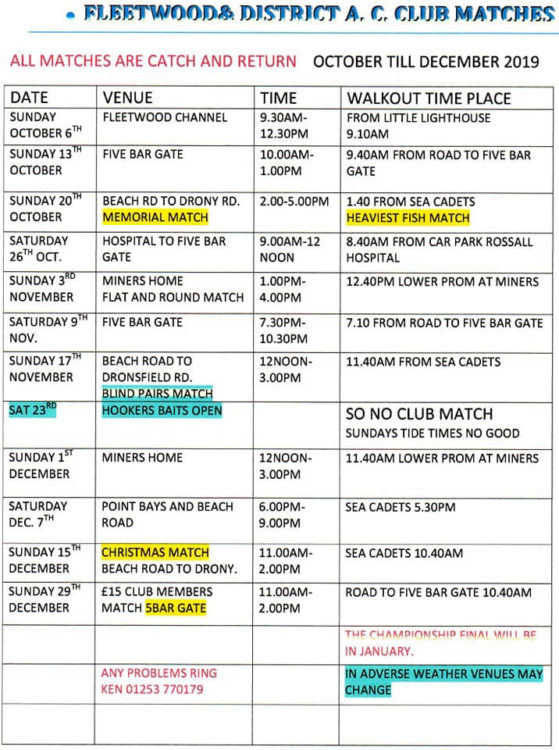 There are many people to thank, firstly the anglers for turning out on such a rotten day. J J and the staff of the Tavern for sponsoring the match with such a fantastic cash sum and looking after everyone’s needs. Michelle and Andy Eccles for the sterling work they do prising pound coins out of the angler’s hands for the raffle and to the club members who collect the money do the draw and work out the results and finally to Andy Whiteside and Kevin Blundell for the efficient way they do the weigh-in. 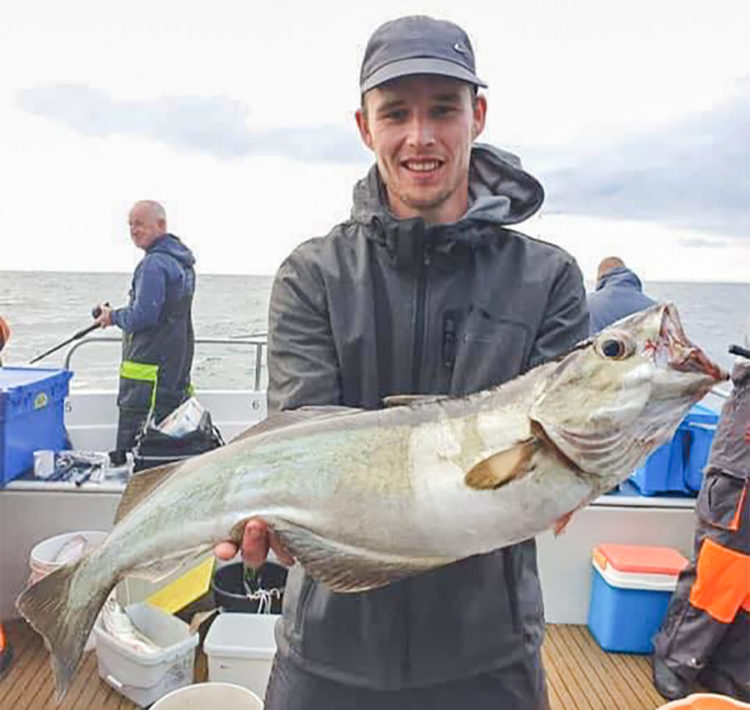