For those anglers that have set out and endured the torrential rain there are fish around to be caught. The weather conditions this week have been atrocious, and a lot of anglers have cancelled trips, me included.

The boat anglers have seen a good number of bass to around the 6lb mark along with dogfish and still a few late smoothhounds. The Autumn run of thornback ray have started in force and rays to 10lbs have been landed.

Neil Marples fished on his Walton based boat Milore and has reported good sport with the Autumn bass, smooth hounds, bigger whiting and dogfish.

Tim and Peter Bird found a small window in the weather and travelled out to the Kentish Knock in the hope of some big bass, they didn’t have long, but in just an hour they landed eight good size bass. 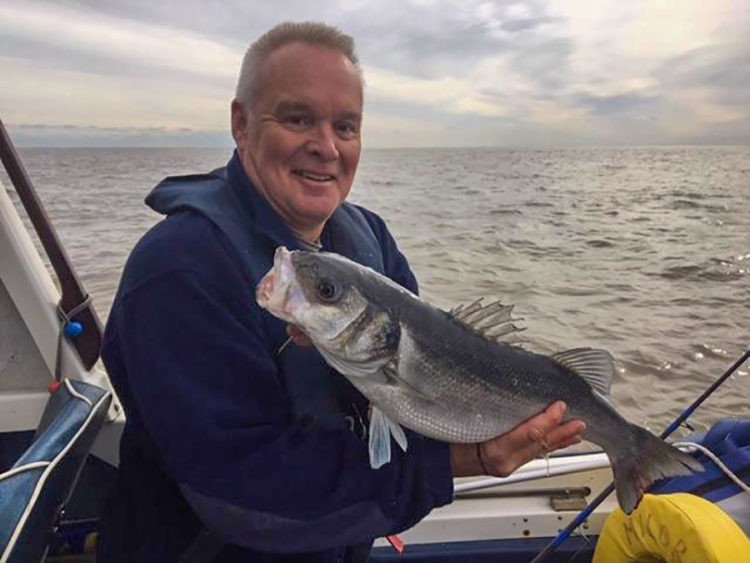 Neil Marples has had a good year catching bass from the Walton Coast and it still continues!

The beaches and piers have seen the whiting shoals arrive in force, with night tides fishing very well. These little fish are always favourite with the match angler as they are quite obliging and a good bag of these can be caught in a short time.

Clacton Pier is always a good bet to catch a thornback ray and they are being caught frequently here on squid or bluey baits.

The Holland beaches are also seeing a few rays being caught along with dogfish, school bass and whiting.

The Brightlingsea based charter boat Sophie Lea has had some good trips with Roger Chase catching more than his fair share of thornback ray. 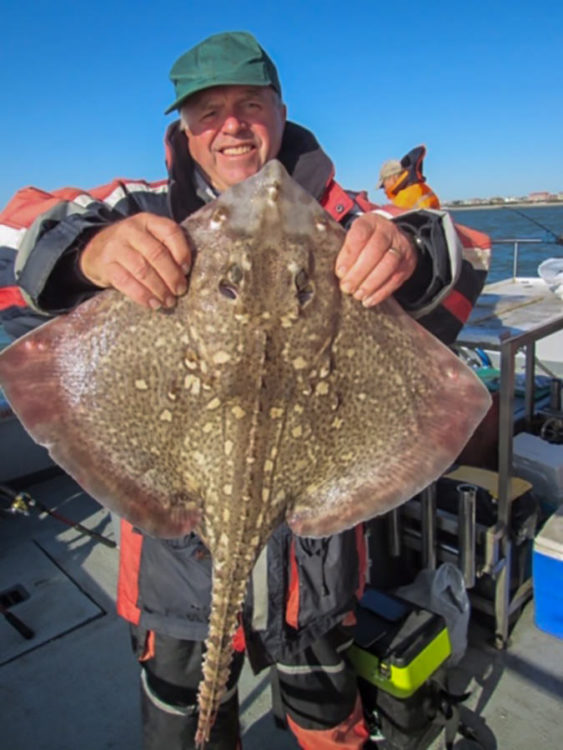 Walton Sea Angling Club headed for St Osyth beach for their latest evening match. They fished over high water and with a good chop on the sea hopes were high for a few bass to show up!

The fishing started slowly but as the ebb tide began the whiting turned up and plenty were caught.

Walton Pier is seeing plenty of whiting and dogfish after dark along with a few thornback rays During the daytime when the sea is fairly clear we have seen the return of a few mackerel being caught on bait and lures.

The Walton Pier Club fished their latest match at the weekend, they were greeted with clear seas, which really isn’t conducive to good fishing. 17 anglers fished a mid-day ebb tide, fish were hard to find and species caught were mackerel, some dabs and the odd wrasse. First place went to Joe Marvell 2lb ½oz which included the heaviest fish a 13½oz mackerel. Second spot went to Dan Winters with 8oz and third placed Robert Pobjoy had 7½oz

Whiting About At Walcott Bend