The latest Skegness Pier Angling Club (SPAC) match was held yesterday from 4:30 till 8:30pm at Anderby Creek, a couple of miles north of Chapel St Leonards. SPAC hasn’t held a match at the venue for about 10 years, but the beach has some good features and I had ambitiously predicted a whiting fest, so was hoping not to be proved wrong!

Conditions were absolutely perfect, with a calm but coloured sea, no rain and a gentle backwind to help with the casting. Another good turnout of 15 anglers graced us with their presence, including another great representation from the Collins family, along with the “usual suspects” from further afield.

Hound magnet Adie Cooper set up at the north end of the venue and took advantage of the good conditions to launch a three hook clipped loop rig to the horizon. Within a couple of minutes the sensitive tip on his Zziplex M4GT showed interest and he was soon winding in a treble shot of whiting, including one at 37cm. Next cast he caught a double shot of 30cm plus whiting, then his next two casts produced further treble shots; so after just four casts he already had 3.5m on his card. Was it going to be a 10m day I was already asking myself? 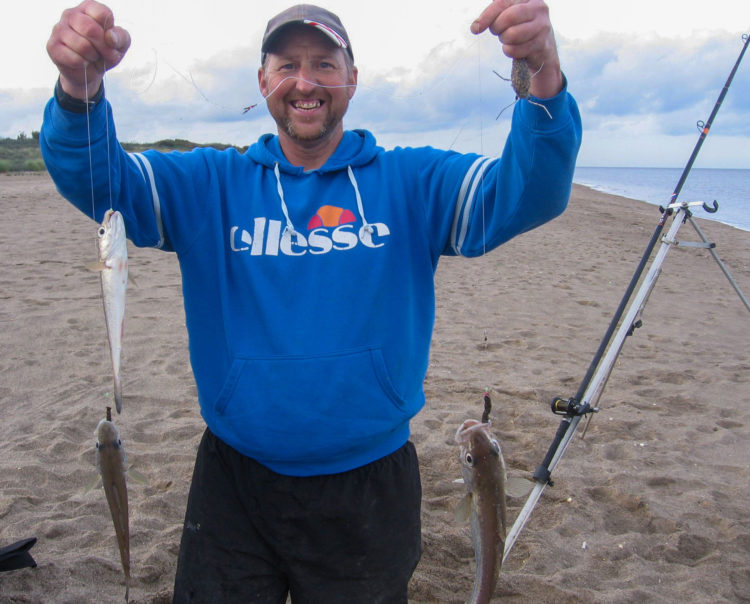 To the left of Adie at the end of the line of anglers, Kev Warner was using similar tactics to Adie and also caught well from the off. Distance was the key though, as the Collins family next door were struggling to catch at closer range. Paul Marshall kindly lent Kay Collins a three hook flapper with smaller hooks than she was using and she soon caught a nice 33cm whiting on the rig. They were all having great fun though, with Phil and Kay setting up a mobile catering unit in their green carp marquee and soon the smell of bacon was drifting along the beach!

In the centre of the match stretch, expert Grimsby danglers Ian Nelson and Paul Denholm were also getting in among the whiting and so was Ian’s dad Gordon Nelson, who pulled in a double then a treble shot of decent whiting in consecutive casts. After a series of smaller whiting, Ian then pulled in a 41cm (1lb 3oz) cracker, which looked to be a likely candidate for the longest round fish prize. 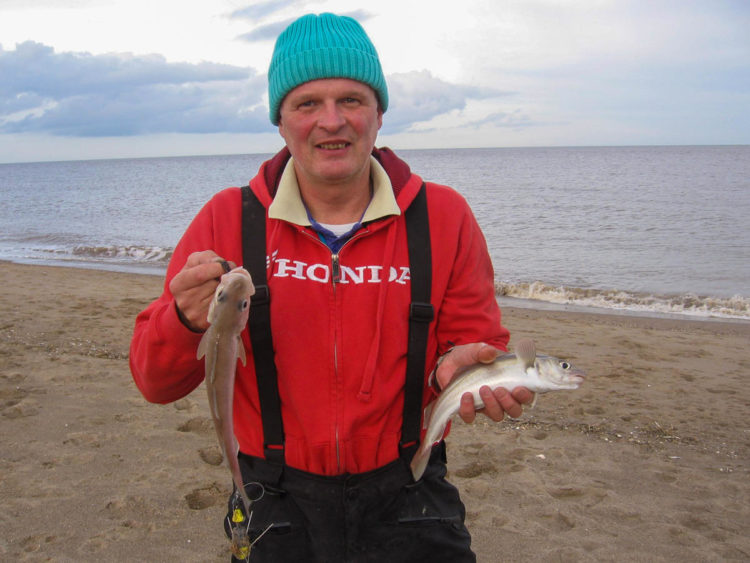 At the south end of the venue by the outfall, Josh Collier and Mark Lawson were both struggling to catch, although Rick Jarvis had pulled in a 48cm lesser spotted dogfish, along with some small dabs and a whiting. Then Josh had a good bite at distance, eventually bringing ashore a 62cm LSD. By mid match, all 15 anglers had managed to get at least one fish on their card, to avoid the dreaded blank!

But there was no stopping Adie though, who put on a fantastic display of top class match angling throughout the four hours, ending up with 37 fish for a total length of 1107cm! Kev Warner also fished well, but hampered by a number of uncharacteristic crack-offs, he eventually finished in second place with 21 fish for 745cm. He also took the longest flatfish prize with a decent 30cm dab. Ian Nelson fished consistently to take third place with 24 fish for 670cm and Josh ended up with the longest round fish prize for his 62cm LSD. Steve Brightwell earned the bragging rights for the next couple of weeks, by running out as easy winner of the Collins family sweepstake! 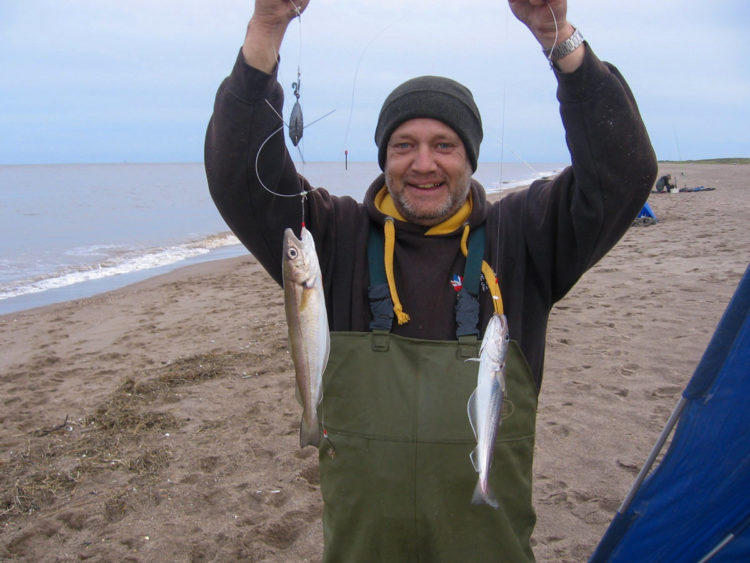 So after the lows of the last SPAC match, this one turned out to be a cracker and fully justified the choice of venue. In all there were 180 fish caught, consisting of 153 whiting, 19 dabs, 5 LSD and 3 flounders.

Next SPAC match will be held on Saturday 26th October fishing from 4 till 8pm at Winthorpe Avenue. This match has been moved from Trunch Lane, due to a clash with the SAMF Pairs on the same day. Please park at the rear of the car park. The match is open to all and Club members will be fishing for the Bev Faithfull Shield, in memory of our sadly departed friend, who served SPAC as Treasurer for 43 years. We will be fishing into darkness on a 6.8m tide and there is a very good chance that it will turn into another whiting fest! 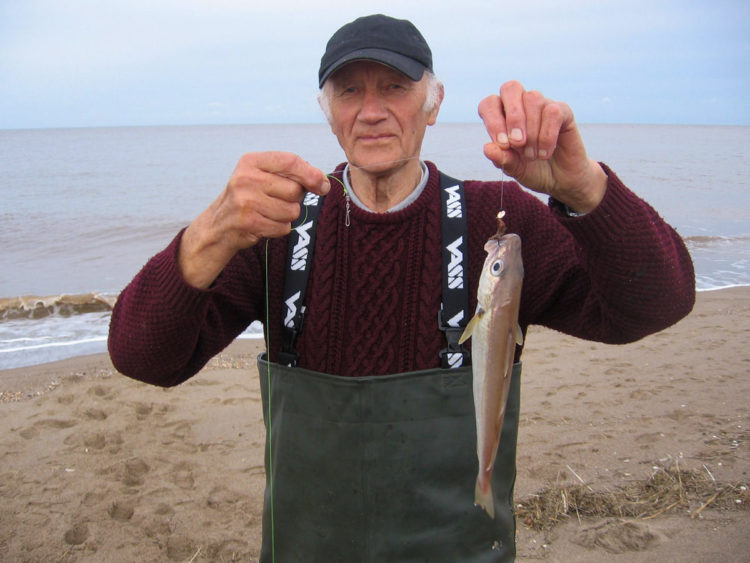 Gordon Nelson with guess what – another whiting