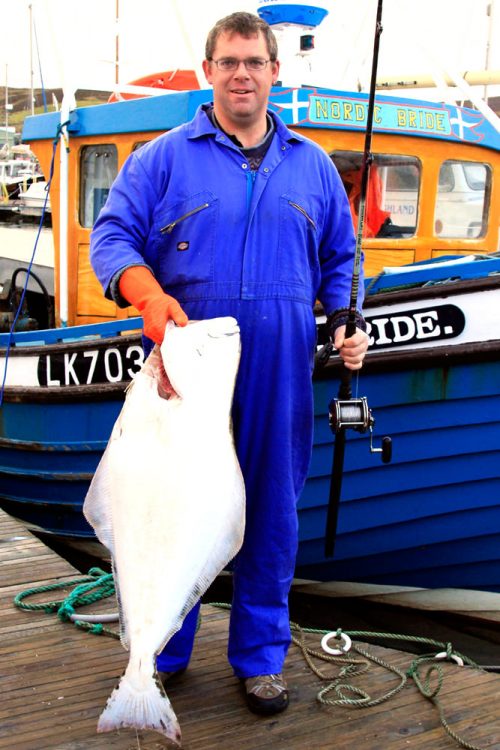 Shetland angler Clive Scott was fishing from his own boat off Sumburgh in the Shetland Islands at the weekend when he hooked a welcome bonus halibut.

Clive was fishing with the standard Shetland ‘Olick’ or ling terminal tackle. The band-it spoon was bouncing along the seabed, baited with fresh mackerel, when a heavy thump on his 50lb Diawa Powerlift rod signalled a take from a good fish. The fish put up a spirited fight, stripping the wire line from Clive’s 4/0 Penn Senator three times as it powered its way back to the seabed.

Ten minutes passed before the large brown flat shape rising from the depths confirmed Clive’s suspicions that he had hooked an elusive halibut. The impressive flat fish weighed in at 31½lb and made a spectacular ending to a great day’s fishing.