It really is that switch over time when our summer species depart slowly to warmer climes.

Autumn seems to have arrived overnight with much colder early mornings and evenings heralding the shoals of whiting. I think we now have to accept that the thornback ray are going to be with us for the whole year, with only the odd quiet period when they move out to deeper water.

The autumn codling are starting to show although they really are few and far between to date. It seems an age now that we would automatically expect a bag of plump codling and bigger cod from the boats and beaches. We have been told by those in the know that cod is now a sustainable catch, I have yet to see any signs of that!

The boats this week have had a slower week, still some smooth-hounds to 7lbs, although by the end of this month they will have all but disappeared. The good news is those thornback ray have returned in numbers with all boats catching their fair share. 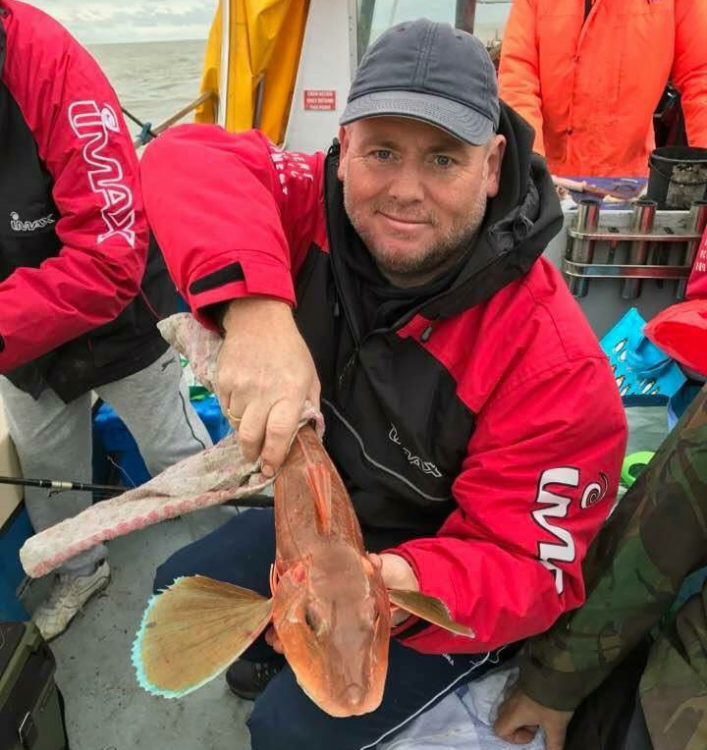 Kevin with his tub gurrnard

Colchester Sea Angling Club member Kevin Glover fished from the Mersea based charter boat Enterprize. He had a great day also landing an unusual catch – a 3lb 2oz tub gurnard. These fish seem to be appearing more and more on our part of the coast.

It looks like the mackerel have all but gone until next year, but while they were here we all caught our share of this bait fish and plenty for the freezer for use during those cold winter months.

Clacton Pier has to be the venue of the week with rays returning in force on both day and night tides. Local angler Mick Lloyd has always caught more than his quota of rays and he has done it again this week landing four of them and plenty of whiting. Mick said the top bait for the rays was whole squid.

The Holland beaches have seen some late sole; Lawrence Martin fished here on an evening tide and landed a couple on ragworm baits plus plenty of whiting. Frinton seems to have rallied this week with school bass showing and whiting, dogfish and thornback rays, although weed has been a bit of a problem but the fish are there to be caught. 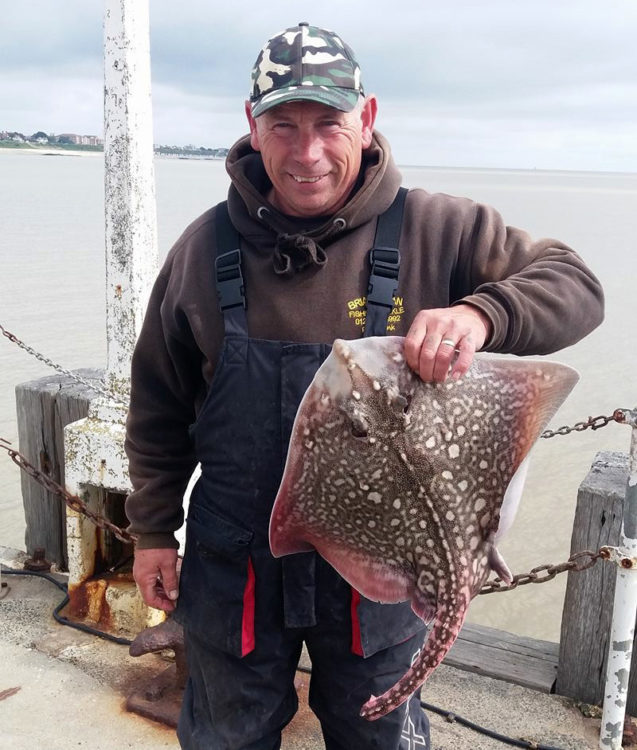 Mick Lloyd with one of his rays

Walton Pier is fishing well for whiting and dogfish and a few small codling. The Walton Pier Club fished their first match of the season here and conditions were far from perfect, they were greeted with calm seas and clear water. 17 anglers turned out and sizeable fish were at a premium, small bass, rockling and a single sole were the tally. Sea weed also caused problems throughout the match.

My trip this week was to Walton Pier in a gale! I caught plenty of whiting and dogfish all caught on squid and mackerel baits.

Pier fishing season tickets renewals are now due and forms can be obtained from the Pier Bowl or Meta-Lite Tackle in Newgate Street.