The EU have proposed new limits on bass fishing for 2019, if accepted and published in the EU Journal the regulations will come into force on the 1st January 2019.

The limits on recreational bass fishing, including from shore, affect ICES divisions 4b, 4c, 6a, 7a to 7k as far as the UK, Ireland and other North Sea countries are concerned, see the map below. 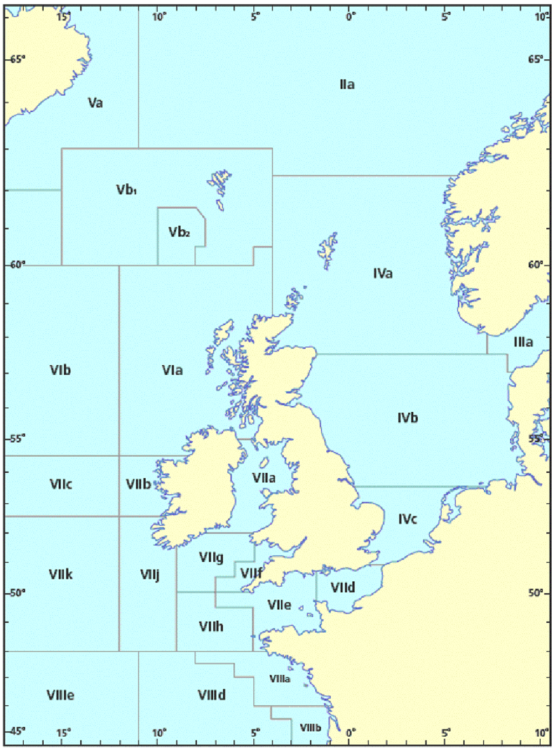 Subarea VII consists of the Irish Sea, West of Ireland, Porcupine Bank, Eastern and Western English Channel, Bristol Channel, Celtic Sea North and South, and Southwest of Ireland – East and West. Subarea IV consists of the southern North Sea and area VIa is the west and north west coast of Scotland leaving only the north east of Scotland free from restrictions for UK anglers. 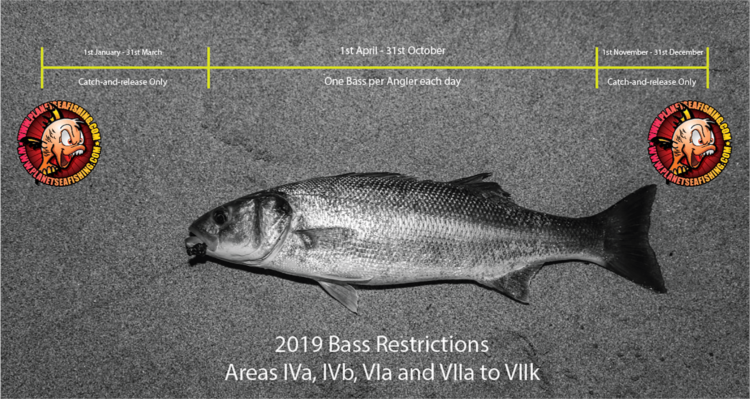 In recreational fisheries in ICES divisions 8a and 8b, the Bay of Biscay, a maximum of three specimens of European seabass may be retained per fisherman per day.

The regulations only come into force after the have been published in the Official Journal of the European Union and this can take a few weeks.