Our 2019 skate trip with Ronnie Campbell aboard Laura Dawn proved a success as usual. Ronnie is the top man in the UK when it comes to tracking down the table topped sized beasts and he kindly invites a group of us out each year over the festive season. The weather was kind in that the wind behaved although the dreech Scottish norm of grey skies and drizzle was not conducive to my photo and video plans. 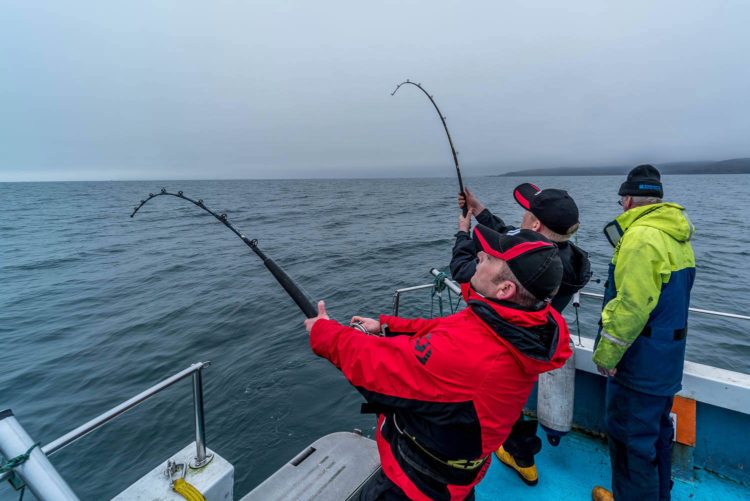 Double hook up for Scott and Martin as Ronnie looks on

The tide was running as we dropped anchor and the ravenous male spurdogs reduced the initial bait offerings to little more than scraps and heads. Several of the spurs managed to impale themselves on the 12/0 O’Shaunessy hooks. After an hour the first fish came aboard in the form of a 69lb male common skate for Billy “Braid” MacCormack. Skate meister Scott Gibson was then in action a skate picked up one of his almost 60cm long baits. This female fish proved to be the biggest of the measuring out at 200lb on the charts. As Scott was bring this fish to the surface Martin Collins had a run on his rod. 15 minutes later Martin had the 179lb fish on the deck for measuring and tagging. 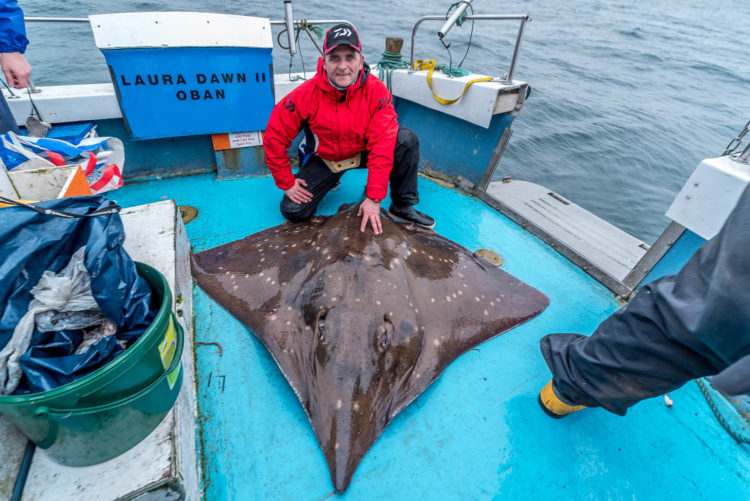 Scott followed his initial monster with two more skate as the rest of us were knackered just watching him in action. The male fish measured 102lb and his second female 179lb. Two of the skate had been previously tagged, one with a sonic tag, and three were new captures.