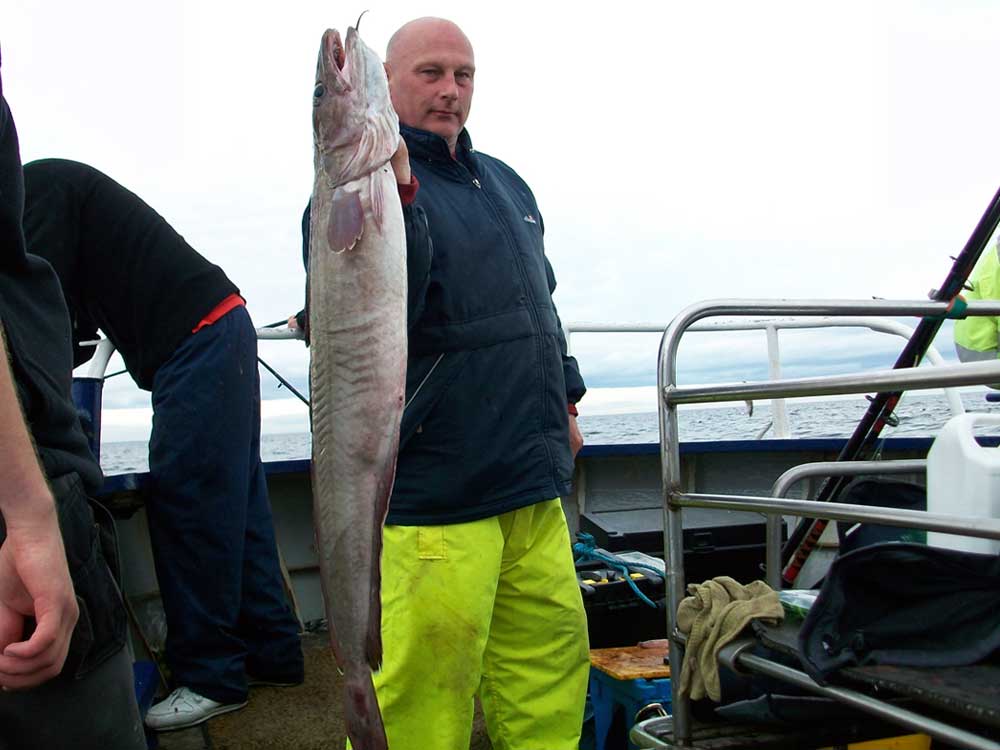 Both shore and boat angling is now at its best as summer and winter species overlap each other in the north east. Boat anglers are taking both cod and ling to over 20lb, and shore anglers are finding cod into double figures, quality coalfish, wrasse, pollack and mackerel from the rock edges and piers. Those fishing the rivers are enjoying a resurgence in flounders, as all of the region’s rivers are full of the flats this year. The lower estuaries have good numbers of coalfish and small cod amongst the flounders, and the Durham beaches and Hartlepool piers are producing quality whiting after dark.

Cod are moving inshore early this year, even when conditions are settled, and more double figure specimens are starting to be reported, hopefully with masses of cod just offshore, this coming winter could well be the best since 1987.

Ian Ingleson had a personal best cod of 13lb 2oz from Beadnell. Sean Hildrew fished a local Sunderland mark and took seven cod to 3lb. Junior angler Liam Harris won a Longbenton match with a bag of 7lb 3lb which included coalfish to 1½lb and a pollack of 1lb 6oz.

Ian Galbraith won a Whitley Bay match with two coalfish and a cod for a total of 4½lb from Collywell Bay followed by Gary Wilson whose bag of four whiting and a coalie from Rocky Island weighed 2lb 9oz.

The last Tynemouth Summer League match saw Wilf Reed win with five flounders totalling for 4lb 7oz, the best of which made 1lb 9oz. Runner-up Steve Harper had five dabs, a whiting and a coalfish for 3lb 11oz.

Seaton Sluice A.C. had a good result for their last match with 12 out of 16 weighing in 46lb of cod and flounders. Ivan Stott won with six cod weighing 18lb 7oz, best weighing 4¼lb, from Newbiggin while second placed Gary Appleton had five cod for 8lb 11oz from Amble.Third placed Tony Rutherford had three flounders from the Tyne weighing 3lb 6oz. Some of those fishing a Bedlington Station match also found the cod, Alan Naisby had two weighing 10lb 3oz including one of 8lb 3oz, from Newbiggin beating Steve Surtees who had eight flounders for 9lb 6oz and Steve Potts whose eight flounders weighed three ounces less than Steve’s bag.

The Tynemouth Winter League match saw 16 out of the 26 entrants weigh in mixed bags of cod, coalfish, whiting, and flounders. Dave Hayley had two coalfish and one cod for 5lb 14oz to take first place ahead of Brad Hill who had three cod and a coalfish weighing 5lb 3oz. Junior member Shaun Brannan was third with a personal best cod of 4lb 1oz, all the fish were taken from the lower Tyne.

Graham Napier on the Stingray out of the Tyne took a fine ling of 29¾lb, the best of 24 double figure specimens on board. The Sarah JFK out of the Tyne produced a cod of 16lb for Chris Potts, Paul Bainbridge had one of 13lb, and another angler had a pollack of 14lb.

The Flamer 2 out of Hartlepool had the seven anglers on board asking to go in early during a recent trip, not due to bad weather but because they had caught too many fish and were exhausted taking 135 cod to 11lb and pollack to 12lb in the first four hours. Another trip saw Dave Lithersage take cod of 15lb 10oz and 14½lb, and a previous trip saw Neil Bourne-Arton land a cod of 22lb.