Some bigger cod are starting to work their way down the coast onto the Durham beaches and Hartlepool piers where the occasional double figure specimens are starting to be reported. Best fish of late was a nice cod of 10lb 7oz taken by Mark Thompson in a superb six cod bag weighing 22lb 7oz which won him a recent Horden Surfcasters match, ahead of Ron Smith whose five fish, mixed bag weighed 7lb 9oz, and Lee Tough with two cod totalling 4lb 13oz.

The last Seaham Badger Open was fished in a mounting northerly swell that was possibly just a bit too heavy to produce the expected cod. Andy Wilkinson was the best of the six out of 18 anglers who weighed in taking two cod for 2.43lb from the Blast Ledge. Dean Ambler also had two cod weighing 2.32lb, and Gary Pye had two cod for 2.23lb.

The recent big tidal surge did not seem to bring any bigger fish within reach of the shore angler, at least not to date, club results were somewhat poorer than of late, thought the piers at Hartlepool are overwhelmed by quality whiting with Middleton pier in particular producing monster whiting to around the 3lb mark. 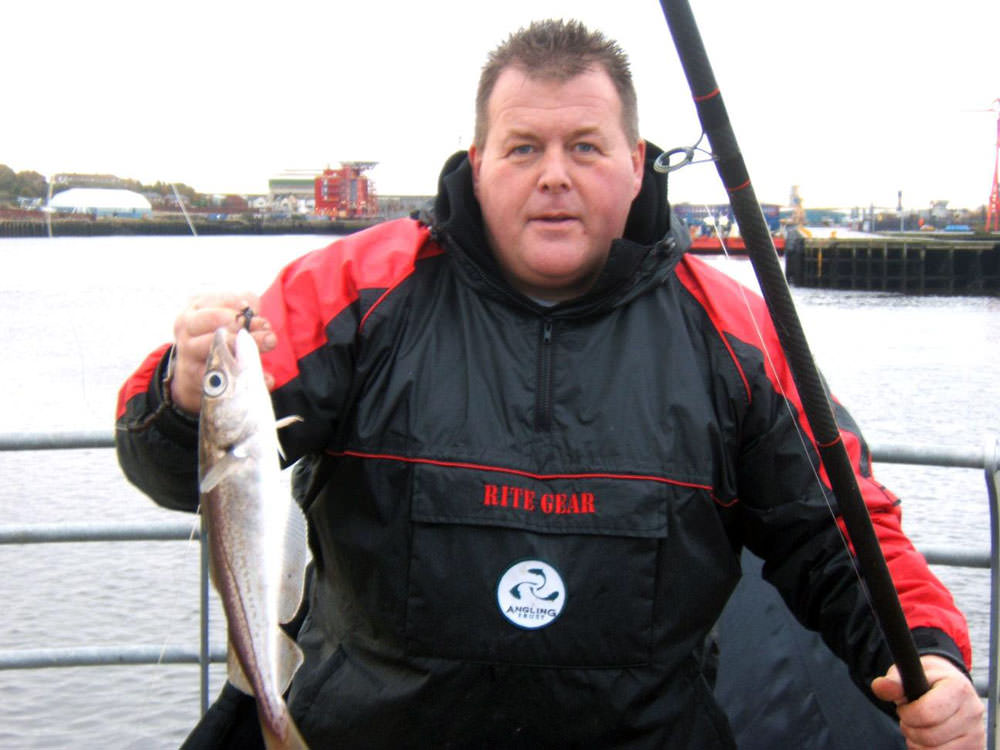 Those anglers out over the weekend generally found that the clean ground marks produced the better results, with cod showing at night over low water. M. Hardy won a Blyth match with two cod for a total of 11lb 11oz,one weighing in at 9lb. Tony Anderson won a Tynemouth match with four cod totalling 8lb, Chris Potts had seven fish for 8lb in a Seaton Sluice match, and J. Bell only needed a single cod of 3lb 6oz to win a Bedlington Station match.

South of the Tees, it is the rock edges that are producing the cod. Nick Westgarth won a Saltburn match with five cod for 14lb 7oz, the best weighing 5lb 6oz, taken at Boulby, all on the classic winter cod bait of crab and mussel.

The Moonfleet Angling Open is a two day event held on Saturday and Sunday December 14th and 15th and will be fished at two venues in the river Tyne, with four zones depending on entrants. Venues are Viking Park and Walker Riverside Park; anglers will fish both venues over the two days. Entry is £30 for both days pre book and pre pay only at Moonfleet Angling, William Street, Felling, Gateshead between 7am and 8am on December 14th. The match is 20cm catch and release and is eligible for Penn points. Contact Neil 07816 401879 or Gareth 07517 509400 for details.

The Redcar N&G 16th Open shore match is on Sunday December 22nd with fishing from 10am until 2.30pm between Paddy’s Hole in the Tees to Whitby East pier. Top three prizes are £500, £200, and £100; there are junior and ladies prizes plus a full supporting prize table. Basic entry is £10 plus a £2 superpool. Register from 9am at the Redcar Angling Centre, High Street. Weigh in from 3pm at the Priory Club, Lord Street. Contact Tony Barker 01642 503049

Looking slightly further ahead, the popular Amble Open is on Sunday January 5th 2014 fishing from 9am until 2pm between Seahouses South pier and Lynemouth pipe. As usual, the prize structure is excellent with £500, £300 and £150 for the top three heaviest bags, £300, £200, and £100 for the top three heaviest fish, and a rod, £100 and £50 for the best flatfish. There are three cash prizes for the top three ladies and juniors, plus a full supporting prize table with raffle prizes. Basic entry is £12 all classes that includes the heaviest flatfish sweep. Register on the day at the Radcliffe Club or the Amble Angling Centre from 7am. Note that cart and edible crab bait is not allowed, flatfish must be presented in a bucket of water alive and ready to be returned. Stewards will be patrolling in force this year and will be checking as many bags and car boots as possible. Contact Jim French 01665 711007 for details. To order bait contact the Amble Angling Centre on 01665 711200.

Heroes On The Water