Anglers continued to get amongst the early autumn cod early last week with the better results in the north of the Region as expected. Any of the rock edge marks from Roker northwards have seen cod to 4lb landed, mainly on night time tides. South Shields pier remains a good choice as always with cod to 4lb again showing amongst mixed bags. Night tides have seen whiting moving onto the Durham beaches and Hartlepool piers with some specimens around the 1½lb mark. At other times the piers have seen the usual flatfish, the odd whiting, smaller cod and coalfish.

The Northumberland rock edges have seen the best results for bags of cod with club matches being won with double figure bags. Fresh crab is the bait of choice from the rock edges but those fishing the lower Tyne have seen cod taking worm baits. Chris Potts won a Seaton Sluice match with five for 18lb 9oz, the best weighing 4lb 13oz, well ahead of Ivan Stott whose three fish weighed 8lb 13oz. Nicky Robson won an East End match with six cod totalling 11lb 7oz, the best at 3lb 14oz. Paul Coe was top rod in a S.B.R.A.A.C. match with two fish weighing 5¾lb, with one making 4½lb. Peter Smith had a good bag of 13 cod and a single dab for 20lb 2oz to win a Blyth match ahead of James Patterson with six for a total of 12lb 11oz, and Mick Hardy with six weighing 12lb 5oz. Tony Anderson won a Tynemouth winter league match with eight cod totalling 15lb 2oz, followed by Glen Campbell with five for 10lb 9oz. Peter McFarlane had the heaviest fish of 5lb 7oz. 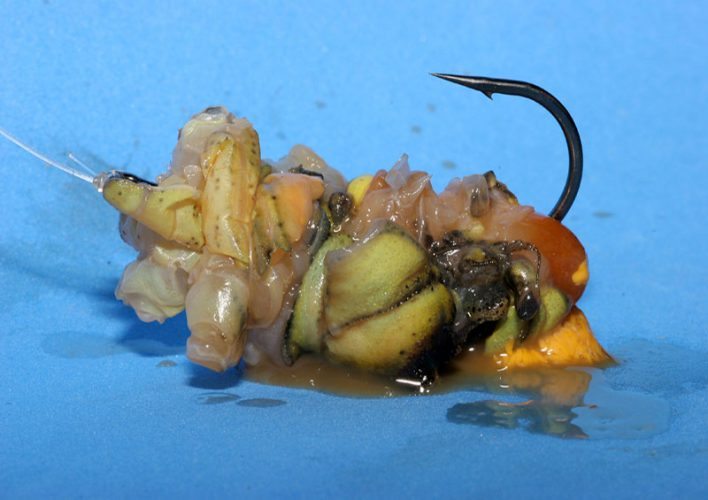 Best results reported from south of the Tyne was a winning bag of three cod weighing 9lb 13oz, with the best at 6¾lb for Andy Brotherton to win a Cleadon match at Target Rock, and a lovely specimen cod of 10lb 11oz taken by Chris Hossack at Hall beach to win the last Ryhope Tuesday evening sweepstake. The Ryhope club match on Sunday saw 52 fishing with most of the fish, cod and flounders, coming from the Tyne. Andy Rutherford had five cod for 3.47kg, Dave Mould had four cod weighing 2.25kg, Gary Watson had two flounders for 1.87kg which included a monster of 1.10kg (2lb 7oz), Chris Hossack had the best cod of 1.71kg, and top junior Ryan Taylor had one flounder of 0.325kg.

The Scarborough area always seems to fish well for cod at this time of the year, but fresh crab is absolutely essential from these rock marks if you expect cod. The Bob Yarker Trophy as part of the Scarborough angling festival saw Matt Hillaby win with 15lb 13oz; Paul Medd had 13lb 3oz and Dave Medd 10lb 2oz.

Westerly winds and calmer more summer like weather over the weekend saw the plaice move back inshore, and with clean water conditions there might just be the chance of a surprise late mackerel. Tony Anderson won a Tynemouth retired members match in the Tyne with six plaice, the best at 1lb 11oz and one whiting for a total of 8lb.

If you do not fancy trying for the cod then the upper Tyne is full of mainly small flounders with the chance of a bigger specimen to 2lb amongst them, as well as small coalfish, whiting and codling. Worm baits tipped with mackerel have taken many double figure bags of fish, on some tides up to 50 fish, and some anglers are fishing with coarse match gear when conditions allow maximising the potential sport with these smaller fish.

A Blonde Moment, or Five