Good news in that Roker Pier, closed since June this year, has re-opened to the public. During the five-month closure, the entire length of the pier was resurfaced, and 250 tonnes of underwater concrete were pumped in to repair the foundation. The pier is now 111-years-old and was heralded as a “triumph of engineering” when it first opened in 1903.

With plenty of movement on the sea, the cod sport continues to improve with quality fish present all along the north east shoreline in the best season for several years. Whiting continue to be in relatively short supply with few reported in any great numbers, which of course will give any cod the chance of finding any bait first. Cod numbers seem to be increasing all the time and few anglers, possibly with the exception of match anglers, will miss the hordes of whiting that have been evident over recent years. No double figure specimens have been reported lately, most of the bigger fish will be north of the Tyne but they are slowly heading south, cod to 9lb or more have been taken from the rock edges around Marsden and Whitburn again, and from the Durham beach marks on night time sessions.

The Staincliffe at Hartlepool, and Middleton and North Gare piers often produce a few bigger fish in the heavy south easterly seas of present and it should not be long before some of these bigger specimens start to show here also. There are still a lot of undersize fish showing in the south of the region and from the local rivers, particularly the Tyne where bags of up to 20 of these smaller fish continue to be reported, though as always there is the chance of a bigger specimen among them as some anglers have taken cod up to 8½lb on crab baits. Haven Rocks in the lower river has been popular on night time tides with some bigger cod around the 6lb mark to be expected. 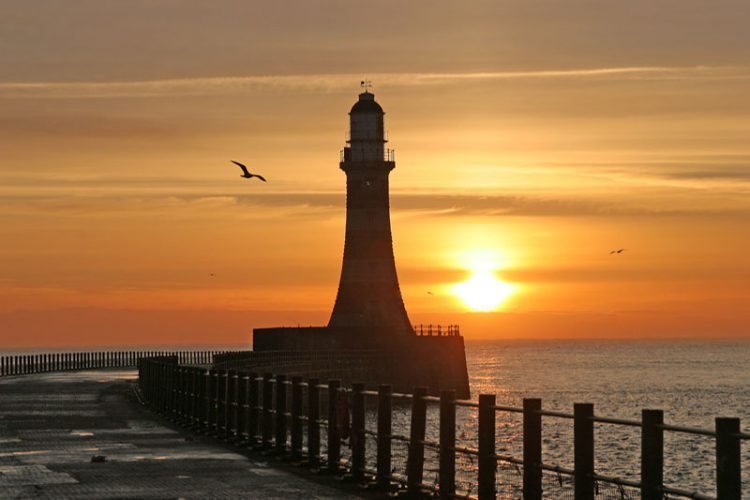 S.B.R.A.A.C. fished a low water match with a falling swell and results were perhaps slightly disappointing given that some bigger fish did not show. Nevertheless, Gary Wilson managed three cod for 6lb 15oz from the Pipe Skeers to win ahead of Mick Ure with the heaviest fish of 5lb 11oz, and Steve Alexander with three weighing 5lb 9oz from Haven Rocks. Paul Brown fished the Haven to win a Whitley Bay A.S. match with five cod totalling 10lb 5oz, ahead of Adrian Breeze whose three fish from the Pipe End weighed 5lb 14oz.

Mick Hardy won a Blyth match with seven cod for 13lb 5oz, best 4lb 3oz. In the lower Tyne G. Campbell won a B.O.T.A.C. match with nine whiting and one dab for 7lb 14oz. A Cleadon match saw most of their fish come from the Tyne where N. Turner had six cod for a total of 8¾lb, J. Haw had four for 6lb 14oz, the best at 3½oz, and M. Shotton had five for 6lb 4oz. Newbiggin A.C. had one of the better results with 17 out of the 24 entrants landing 41 cod, three flounders and a single bass for a total weigh of 101lb 14oz. Winner Joe Lindsay had four cod weighing 13lb 15oz just ahead of G. Tulley with five for 11lb 13oz.

The Bedlington Station Night Time Open quite clearly demonstrates the advantage of a night session, particularly when fished in the right conditions. The match produced a superb weigh in with 48 out of the 85 anglers returning 227 fish weighing 457lb to the scales. The top 18 anglers all had double figure bags with many others around the 8lb to 9lb mark. Tony Anderson was way ahead with a 16 fish bag weighing 38lb 4oz, Chris Guthrie had 10 totalling 25lb 15oz, Kev Moffat had 10 for 20lb 8oz, Steve Alexander had eight for 20lb 3oz, R. Gray had 10 for 20lb 1oz, and the heaviest fish prize went to G. Young with a cod of 9lb 12oz.

The Seaham Town Council Open is on Sunday December 7th with fishing from 12 noon until 5pm between Hendon Groyne to the North (excluded), to Saddleback Rock at Hawthorne Hive, both the North and South piers will be pegged weather permitting. The top three prizes are £500, £350, and £250. Basic entry is £10 plus optional pools and team events. Register from 10am at Seaham clubhouse. Tel. 0191 5810321 for details.

Back on the cod hunt