A nice, heavy southeasterly sea late last week and into the weekend brought the cod back inshore but perhaps not in the numbers that many expected. As is often the case with a SE sea, catches were localised with the best results generally coming from Roker northwards where such conditions tend to be more productive than along the Durham beaches and into Hartlepool. Nevertheless, most of the Hartlepool piers when fishable produced cod to 6lb, as did the Staincliffe and other low water marks. Best local fish reported was a cod of 14lb taken from Seaham North Pier by Dean Ambler.

There have been cod all winter along the rock edges around Whitburn and they continue to show in good numbers. Brian Hopper had two sessions here; the first produced eight cod to 8.75lb and the next nine cod for 32lb, the best weighing 9.35lb and 7.39lb. Dave Redford fishing just north of Roker had eight cod to 5lb 3oz. The big tides have pushed cod into both the Wear and Tyne. Rathouse Corner in the Wear continues to fish well when the sea is on the heavy side and the beach between the Corner and Roker pier has seen some big bags of cod landed. Ben McFarlane fished the lower Tyne to land seven cod for 25lb, the best 5lb 13oz, and Paul Boscher had cod to 7lb.

The last Ryhope Tuesday evening sweepstake saw Dave Mould win with a cod of 3lb 6oz, followed by Wayne Harriman with one of 3¼lb. Masses of quality whiting turned up for the Ryhope club match on Sunday. Ken Hailey won with 23 fish totalling 8.49kg ahead of junior angler Ryan Taylor with a 15 fish bag weighing 4.51kg, both fishing Rathouse Corner. Keith Carter had two cod and two whiting for 4.16kg from Ryhope, John Porteous had the best roundfish with a cod of 2.10kg, and junior angler Elise Robinson had the best flatfish, a big, winter, specimen flounder of 0.73kg.

The round end on South Shields pier has seen cod to 6lb or more landed, Stephen O’Brien had one of the best at 9lb among several smaller specimens. Jason Hawe and Bob Staines had cod to 8lb 10oz and 6lb 5oz. When the sea dropped off, the rock edge marks north of the Tyne saw some good results. Best cod reported from here by a pleasure angler was one of 10lb taken by Andrew Boyle from St. Mary’s Island. Peter Ramsdale fished Howick to land four for a total weight of 16lb, including one of 8½lb.

Many club matches have been won with double figure bags when the cod have moved onto the clean ground beach marks at Blyth, Cresswell and Druridge Bay under cover of darkness. Shaun Brannan had 10 cod for a total of 30lb 7oz, including the best of 8lb 1oz taken from Cresswell to win a Bedlington Station match. Darren Shields followed Shaun with seven for 18½lb taken at Alnmouth. Another Bedlington Station match saw Darren Shields win with 12 cod weighing 23lb 9oz taken at Blyth during a night that produced 47 fish for a total weight of 93lb 13oz. Ivan Stott had eight for 16 – 01lb to win a Seaton Sluice match. A Tynemouth winter league match saw the top three weights into double figures, Tony Anderson had the best with nine cod weighing 12lb 13oz. Simon Todd had two for 12lb 13oz, including one of 10lb 6oz to win a Whitley Bay match, he also won the next one with seven cod for 13lb 7oz. Colin Dawson had seven for a total of 13lb 9oz to win at Amble just ahead of Ian Harrogate whose nine fish weighed 12lb 15oz. 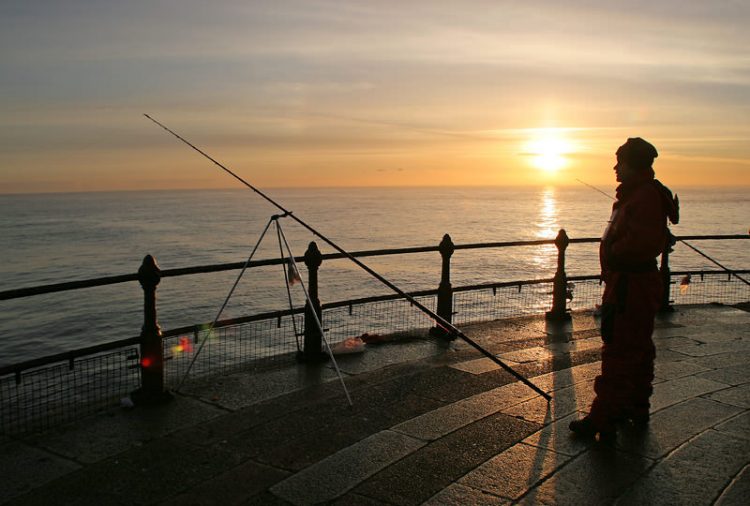 The Arbroath area continues to attract visiting anglers looking for the big double figure cod that inhabit the very rough ground along most of the shoreline. Scott Davidson and Chris Potts did not hook into any doubles but managed 70lb of cod between them, the best weighing 6lb, taken at Usan.

The 19th Dave Jobson Memorial Open is on Sunday February 16th with fishing from 8am until 12 noon between the Ice House in the Tyne to Patterson’s Garage, Beadnell. Basic entry is £10 that includes £2 for the heaviest fish. Juniors under 16 are free, and a paying adult must accompany those under 14. The top three prizes are £300, £200, and £100 with 100% payout for the heaviest fish and a tackle voucher for the top junior. A donation will be made to the R.N.L.I. Register from 6.30am until 7.15am at the Sea Horse, Plessey Road, Blyth.