Personally I blame the education system, as whenever the kids break up for summer holidays, the weather turns foul!

The last four weeks have seen wind, followed by more wind, followed by the remnants of every hurricane to hit the other side of the Atlantic. Our days afloat have been severely hampered and as such this month’s report is limited.
Our best day over the last month was way back on 12th August, when John Angell and colleagues enjoyed an early start owing to the weather and neap tides. Fortunately the gang were compensated with a fair few tope, followed by baskets full of mackerel, pollack to 4½lb and then ending the day with a session on the bull huss. 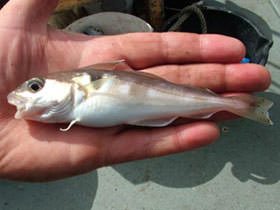 Since then, we have managed to sneak out on only a handful of times; and in all honesty the fishing has not been electrifying; considering the weather – consistent and enjoyable would be a little more apt I think. On the drift, the fish have not disappointed, wrasse are as usual in abundance with ballans, cuckoos and corkwings the mainstay, with a few goldsinnys thrown in. Mackerel and pollack have also shown, but not in any great numbers.

At anchor, typical inshore fish have come to our rescue. Doggies, whiting, gurnards, pouting, the odd dab, some decent sized huss, a couple tope have formed the bulk of the catches. Small haddock have also featured in the bags, a very rare sight this far south, Normally a colder water fish, associated with our fishing buddies in Scotland, we have landed nearly a dozen now; none of any mentionable size, but an interesting development in these times of Global warming.

I’m sat here now writing this on yet another windy day having not sailed for another seven days. The forecast was a hard one to decipher yesterday as it showed 14mph in the morning building to 30mph by the late afternoon. Given that the fishing would be limited to close inshore the trip was cancelled.

Looking ahead, we are being told that September is going to be a far more settled month. The signs are promising – from this Wednesday, 9th, the temperatures are climbing and winds are settling down. Fingers crossed, a nice run of trips and good fishing would soon help us all forget how depressing the summer season has been.