Fishing from his own boat, Fish Ard, Isle of Wight angler Mike Mowbray smashed the island record for plaice with an amazing 8lb ½oz specimen. Builder Mike sailed from Sandown and fished at the back of the Wight using a ragworm baited spoon rig to lure the red-spotted, monster flattie on Saturday the 26th.

This is the second time in a fortnight that the IOW record has been beaten and the fish was officially weighed at Scotties tackle shop in Newport.

The British record for this species has stood at a fraction over 10lb 3oz since 1974. 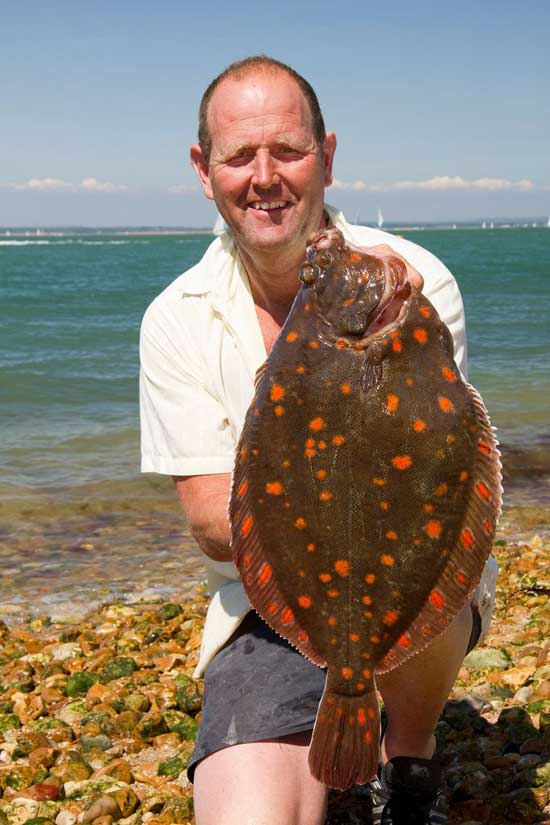