Les Hannington from Burghfield Nr. Reading today landed a massive 8lb 13oz ballan wrasse while fishing on Tiger Lily, skippered by Chris Caines, out of Weymouth. The massive wrasse capture was all the more remarkable as it fell for a six inch Savage Gear Sandeel lure intended for pollack.

The fish is the biggest ballan wrasse ever boated on Tiger Lily and rocks the British boat caught record which has stood at 9lb 7oz since 1999. 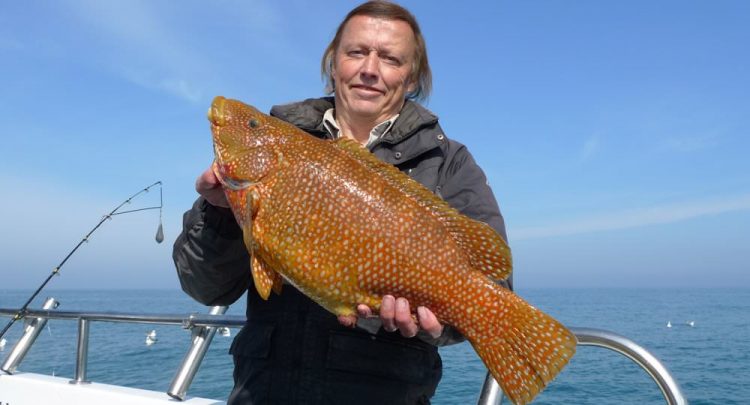