It looks like we are heading for an Indian Summer and with calm seas and just a light warm breeze we are still seeing plenty of our summer species being caught.

Once again it has been a strange week for new species of fish turning up around our part of the coast, local angler Gary Coward fished an evening tide on Clacton Pier hoping to catch a thornback ray or two, which he did. But he didn’t think he would ever catch a spotted ray from any where on the East Coast, but that’s exactly what he did!

Spotted rays frequent the South Coast, Scotland and Wales, so along with the gilthead bream that was reported last week we can now add another new species to our list. 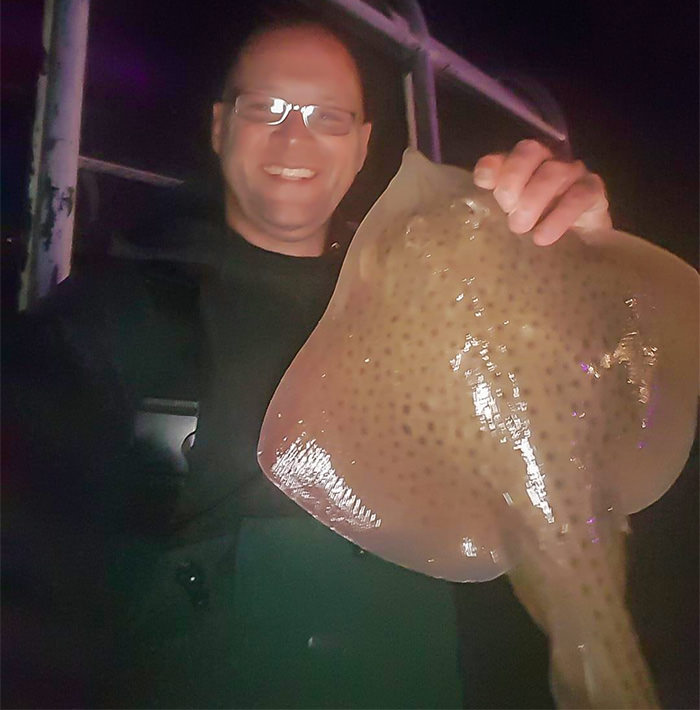 The annual Clacton Pier Charity Fishing Match in aid of St Helena Hospice was held at the weekend, the weather conditions were hot with just a light breeze, not really conducive for good fishing but all the same, fish were caught. 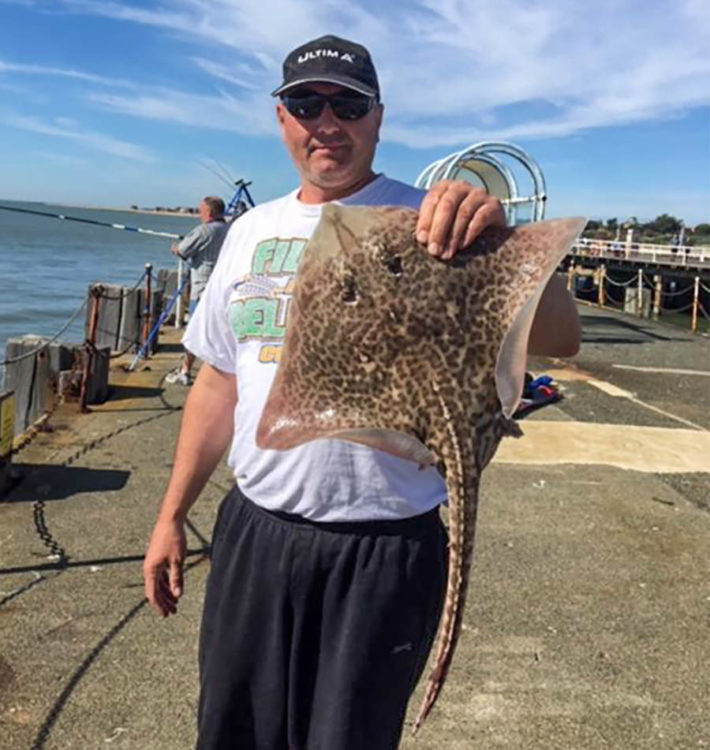 Neil Cocks displays one of his thornback ray that helped him to win the Clacton Pier Charity Match Open.

The heaviest flatfish prize went to Billy Paquette for his 21 point sole. A big thank you goes out to Sean Piero for all the great organisation work he does behind the scenes and on the day to keep it running smoothly, along with Phil Buy and Neil Cocks.

The event raised £440 for the St. Helena Hospice. 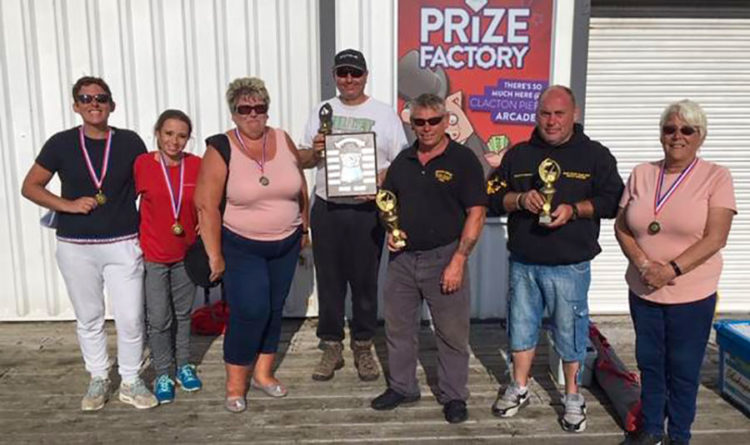 The winners of the annual Clacton Pier Charity Match display their medals and trophies after a blistering hot days fishing.

The Holland beaches have seen the Autumn whiting move in close and after dark they can be troublesome if you are targeting rays and bass.

The shallower Frinton beaches are producing thornback ray as the sun goes down and Mark Oxley and Graham Harmen reported rays to 7lbs, and bass are still showing here, with whiting after dark.

Walton Pier has to be the venue of the week and my trip to the pier was an epic! The previous week I had managed to catch a few rare mackerel in very wet and windy conditions. The mackerel shoals only appear around the pier maybe every 4 years or so and to catch a mackerel is quite a talking point.

I fished a midday tide in very calm conditions and the mackerel were ravenous and fishing a set of feathers I managed to catch a bucket full. As long as the weather stays settled, and the seas clear, the mackerel will stay around the Pier. 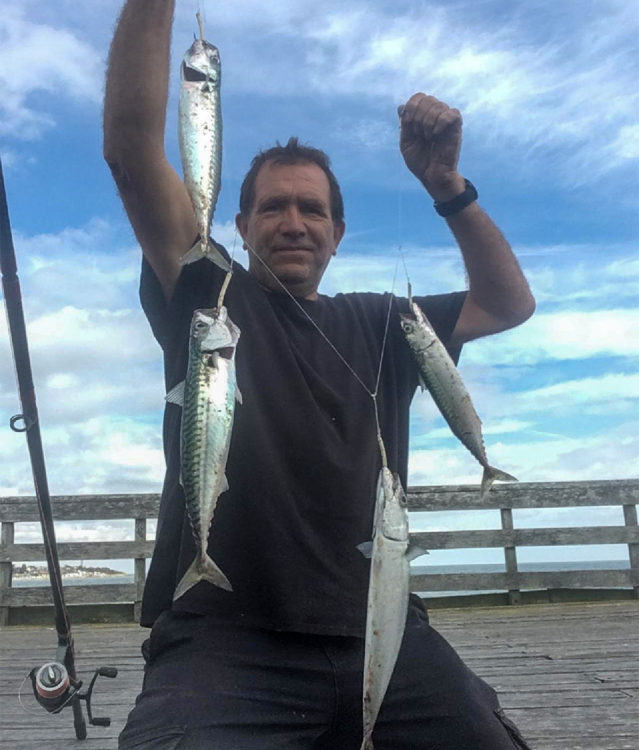 John had an amazing trip to Walton Pier the mackerel were shoaling and feeding profusely.

The Walton Pier Club held their first match of the season on the Pier at the weekend. 19 anglers were greeted with gin-clear water and calm seas and only a few small fish were caught.

Stuart Butler won the match with 10 oz, second spot went to Adam Woods on 9oz and third placed Andrew Westrope had 8oz. Sole, bass and wrasse were the main catch.

The boats this week are still seeing smooth hounds, bass and thornback rays along with whiting, and the charter boat Sophie Lea has reported plenty of good size bass and smooth hounds

Dave Hollands launched his boat “Essex Boys” from the Gunfleet Boat Club ramp and reported bass to nearly 9lbs along with some big smooth hounds and dogfish.