Dave Allinson landed a personal best cod to record his first open win in grand style last weekend. Taking part in the Ian Golds Open, Dave chose to fish the Green Wall at Seaham, which always seems to throw up a few decent fish. He landed a cod of 8.54lb to take first place, his single fish also took the heaviest bag section and the pair’s event with his partner Ray Lobley, winning almost £800 altogether. 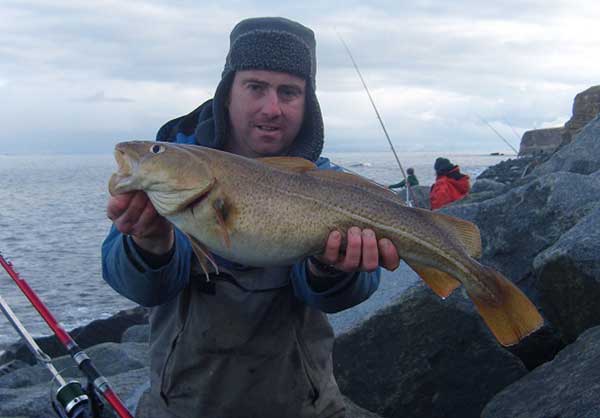 Willie Rowntree was second winning £300 with another nice cod of 6.44lb taken at Ryhope Dene followed by Ray Maddison in third place taking home £200 with a cod of 3.79lb, taken from the Hall Beach. Ray also landed an extra £162 in the sealed weight raffle. Willie Rowntree and Paul Holland took second place in the team event with two fish for 7.65lb Unfortunately the overall weigh in was not great with twenty-two of the one hundred and seventy-five that fished weighing in twenty-four fish for 39.07lb.