This week has again provided some great sport along the Lancashire coast, mainly at low water, where smoothhounds have been dominant. Fresh peeler crab and ragworm are producing the majority of the catches. Along the Gynn Wall and beaches at high water there has been a variety of species.

Joe Green and Liam Tighe fished the Wall at Red Bank Road and had bites every cast, crab and rag being the winning bait. 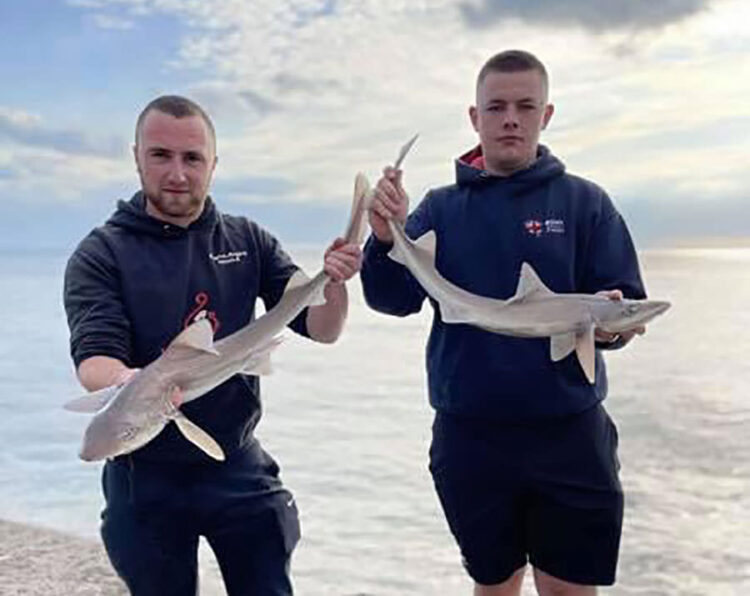 Fleetwood and District Angling Club were out the other evening to fish their latest at Stanah.

Conditions were good, light south easterly breeze and due to lack of rain the mud was hard.

The format of the match was for the biggest flounder. Only twelve anglers fished, presumably because of a lack of crab. This should not have put the missing anglers off as flounder were caught in rag tipped with bluey.

As expected a 40 cm fish won, but there were not as many large fish around as a month ago. What was surprising was the number of eels landed, these possibly outnumbered the flounders, a good sign that numbers are recovering.

Congratulations to Bob Egan for winning the match with a 40cm flounder, he also had the top number of points with a ten fish bag for 162 points.

Next Sunday’s match is the Four Fish Challenge at the Miners’ Home. A few of the members have been practising for this and have been catching four different species. 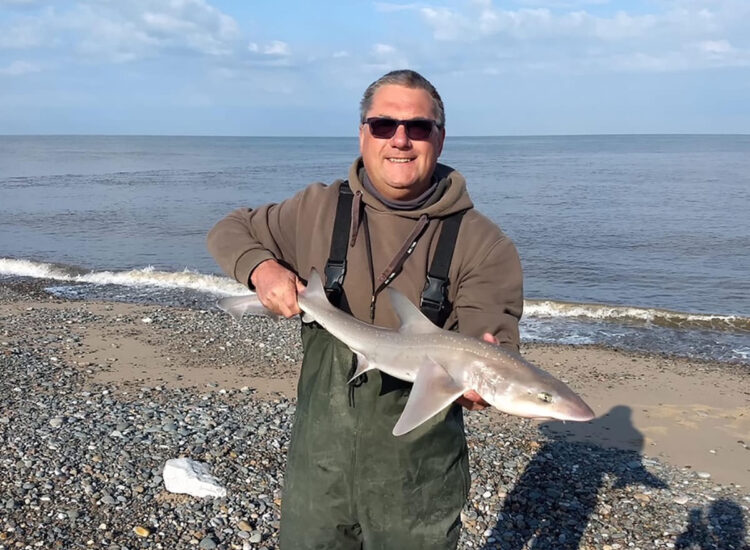 Andy Denton with a smoothhound caught at low water

A Post Restrictions Scrabster Day Aboard The Sea Gem