Gynn Wall is Place to Be

Last Sunday Blackpool Boat Angling Club member Jonathon Hall fished form his boat in the Ribble. It was a bit choppy as he anchored on a bank in about one metre of water. Lots of small whiting dabs flounder and plaice around, all on fresh black. Jonathon and mate Richard Crompton decided to have a move and fish the last few hours off Red Bank road. Again, they found plenty of whiting together with dogfish and a couple of keeper codling, the biggest about 4lb. Richard also had a large thornback touching 9lb. 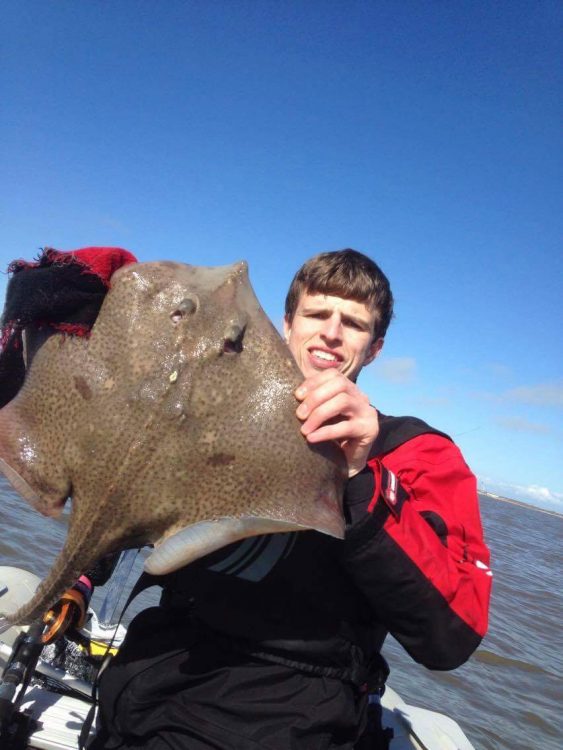 Shaun Rusling with a nice thornback

Fleetwood and District Angling Club enjoyed a good turnout for their club match on the Gynn Wall. 19 anglers fished in great weather, but the fishing was pretty appalling. Tide and weed problems didn’t help as they struggled. A few fish eventually showed.

First place went to Trevor Barnett on 44 points followed by Mark Taylor with 37 points and third placed Simon Dawber had 15 points. The members are hoping for a few more fish next week on Marine Beach.

Blackpool and Lancs fished last Saturday in a flat and round match with 30 taking part on the Gynn. Everyone got a touch damp during the first hour but then the sun came out and they had steam coming off the promenade surface. The anglers were straight into fish from the start. There were some better size flounders, in the low 30cms, a good few dogs and whiting from pins to 34cm. Also landed were a smattering of plaice and dabs, a few sole and one nice codling for Trevor Barnett. There was even an early smoothhound pup for Alan Smith.

In first place was Trevor Barnett with a 46cm codling and a 30cm flounder while runner-up Mark Taylor landed a 40cm dogfish and a 33cm flounder. Third place went to Simon Dawber for his 40cm dog and 32cm flounder. The super pool went to Trevor for his codling with Mark having the longest flatfish. Best of the total lengths was Stuart Dewhurst with a cracking total of 360cm.

Mick Parkin reported that he was back for his first proper outings since mid-November. He picked up a personal best plaice on black worm from Fleetwood Marine beach just after high water.

Last Friday Ray Rodger fished the Gynn where he had dogs and whiting. Dave Brown had a session at Rosall after pumping some worm. As he gathered bait he had a couple of dogfish. On the flood, he fished ray baits and started catching whiting two at a time. A better bite produced a near 3lb codling before getting his thornback.