England top the list on day three of the Under-21 event and move into second place overall behind Spain. Oliver Hopkin is also lying in silver postion in the individual listings.

Cumulative scores can be downloaded day-three-u21.

Spain retain top spot in the Under-16 section from Italy.

Cumulative scores can be downloaded day-three-u16.

Day two was a much better day for the England youth team as they jump into bronze medal spot just behind the Netherlands after finishing second on the day.

Cumulative scores can be downloaded  here. Oliver Hopkins has moved up to 5th place in the individual rankings.

Spain now lead in the Under-16 section on count back from Italy.

Cumulative scores can be downloaded here.

After the first day’s fishing Spain have a commanding lead in the Under-21 or Youths section of the FIPS-Mer World Shore Championship taking place in Melilla, north Morocco this week.

The points are calculated firstly from the angler’s scores in each section which are then tabulated as the individual points scores. The top angler is given one point, second two points, third three points and so on down the list.

England are lying in fifth place on 72 points.

In the individual scores the hosts Spain fill the top two places with Tobi Oldfield and Oliver Hopkins of England filling the 14th and 15th places.

Full Under-21 results from day one can be downloaded here.

In the Under-16 or Junior championships, Italy have a two point lead over Spain with Croatia a further eight point adrift.

Full Under-16 results from day one can be downloaded here. 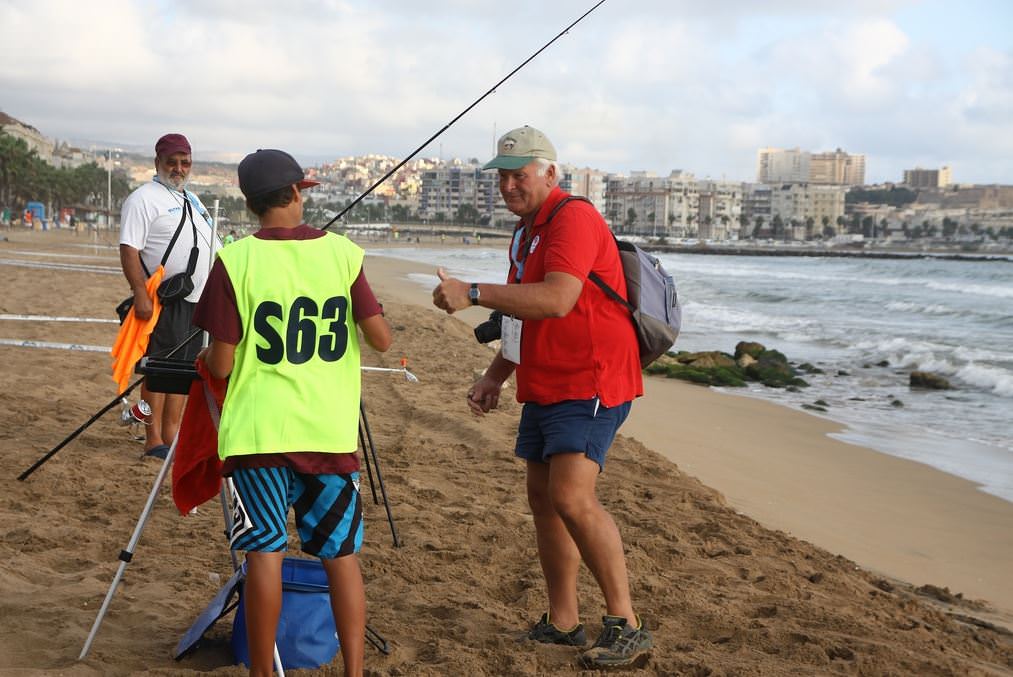