November is whizzing by and we are really now in the throes of Winter albeit still a very warm month, and though I am not one to harp on about global warming you cannot deny that winters are not what they used to be!

Once again this brings me back to our lack of cod in the Thames estuary. Yes we are seeing a few small codling being caught but we anglers on the south-east coast seem to be suffering most with very few reports of any cod caught at all.

We do have relatively shallow waters in our area which could play a part with temperatures not compatible for cod plus drastic over-fishing by commercial boats in the 1960s/70s and 80s. Whatever the reasons we anglers can only catch what is in front of us and we have plenty of thornback ray, whiting and dogfish to keep us busy.

Our charter boats are once again locked down for a month so nothing to report from that area, the private boats are still allowed to fish and Dave Holland took advantage of a calm spell and launched his boat from the Gunfleet Boat Club ramp. He reported a great days fishing with thornback ray into double figures and some good size whiting and dogfish. 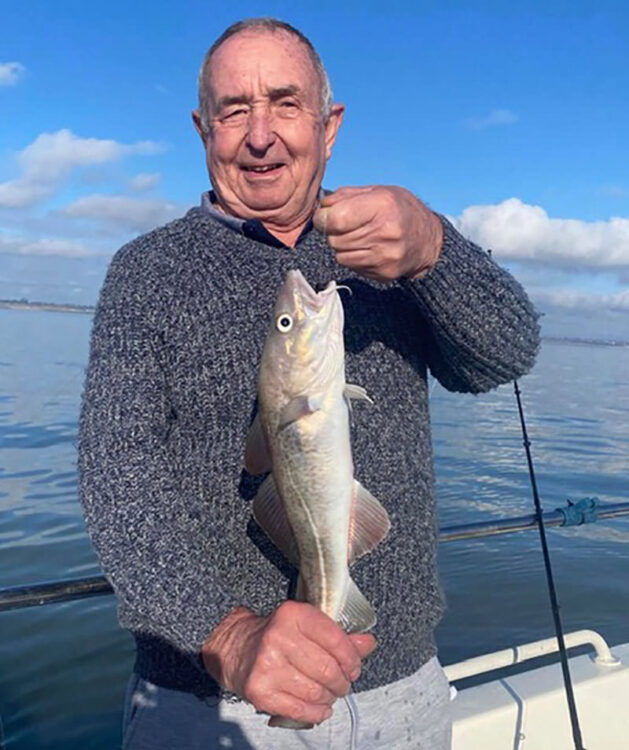 Peter Bird fished with his son Tim from thier own boat off of the Frinton coast line, he was rewarded with this very rare codling

Tim and Peter Bird fished from their boat off the Frinton coastline. They caught bass, thornbacks, and whiting. Peter managed to catch one of those elusive codling too.

Both Walton and Clacton Pier have had to close for lockdown too, so no reports here for a few weeks, and all angling club beach matches have also been cancelled.

There are plenty of fish to be caught from the beaches though and my trip this week was to head for St Osyth beach to meet up with Lawrence Chisnall and fish a daytime flood tide. The winds were light and the sea was flat calm and using squid and bluey baits we landed thornies to 8lbs and over high water some bigger sized dabs were feeding which added for some variety. 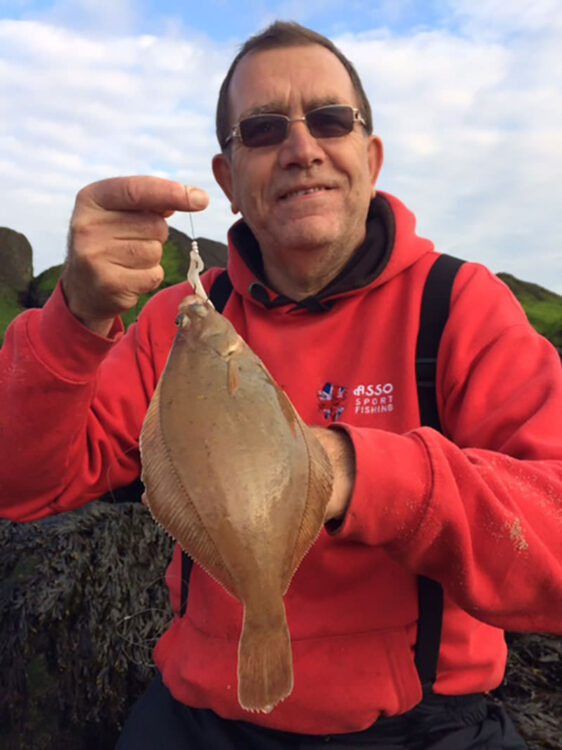 Batemans Tower over at Brightlingsea is always a good fishing venue to head for with a safety rail and walk-way all the way around. After dark expect to catch whiting, school bass and rays.

The Holland/Clacton beaches are always a safe bet for thornbacks and this week is no different. Martin Smyth and Kevin Scrivener fished a night tide here and were rewarded with rays to 8lb 4oz.

Still the odd codling showing here too, along with some late bass, whiting and dogfish.

Soles are still being caught from the Frinton beaches and local angler Aron Reynolds landed soles to 38cms here. 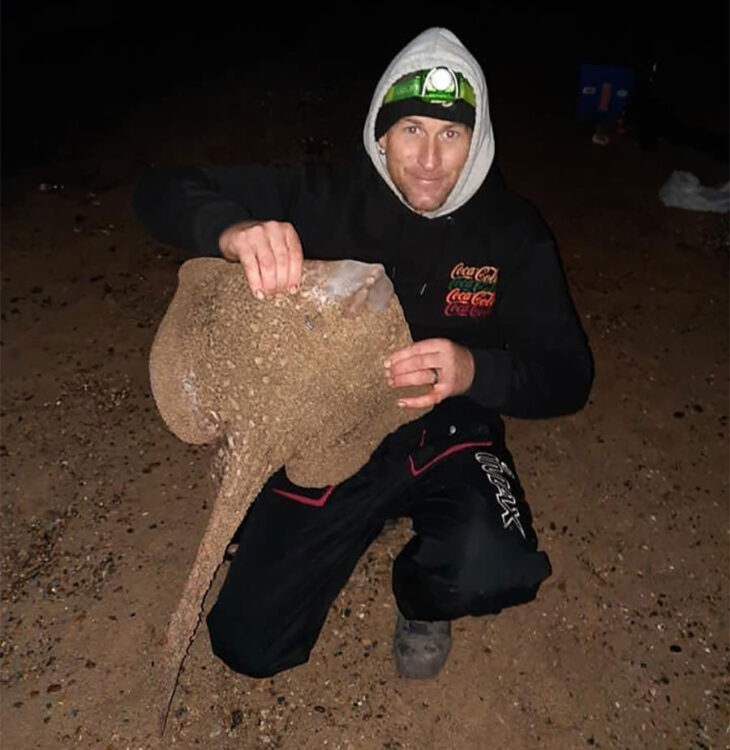 The Walton beaches are fishing well after dark with thornback rays being caught from the promenade along with dogfish, whiting and the odd school bass and sole.

Flatfish On The Hoyle Bank