Team England Junior will consist of; 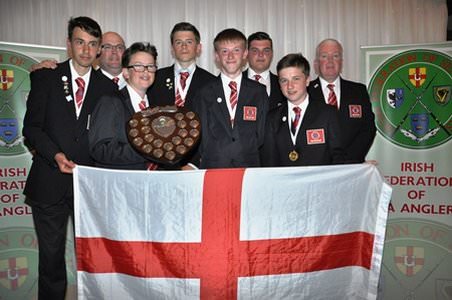 The team for 2016 has a blend of experienced anglers with previous international experience and two new caps, Callum Jones and Adam Molloy. Callum and Adam have progressed to the England team from the Angling Trust’s England Talent Pathway, a programme designed to support young anglers to learn about international tactics and techniques.

England will look to build upon their success in the 2015 home international where the team took the gold medal. The 2016 SALC Home International Shore Angling Championships will be organised by the Angling Trust for Men’s, Ladies, Youth and Junior teams on the beaches of North Norfolk and the River Nene Estuary from 7th – 9th July. The Championship will be fished on a conservation basis using a measure and return format using a points system to determine the results.