Sheringham can be a tough venue to master and can either fish well or not at all. For some it would prove the latter once again showing that peg draws and features in front of you can play a part but making the most of your draw is what you aim for.

Down on peg 1 and under the cliffs was Peter Simmonds who made the most of his end peg by finding five fish for 3lb 91/3oz his haul consisted of three flounders, 29cm, 31cm and a cracking 39cm along with a good eel and a rockling giving him top spot honours this week. Second place also on the shingle was Russell Taylor on peg 7 finding four fish for 3lb 21/3oz his haul was made up of two bass, a rockling and another eel over 50cm, so 7oz between the top two. 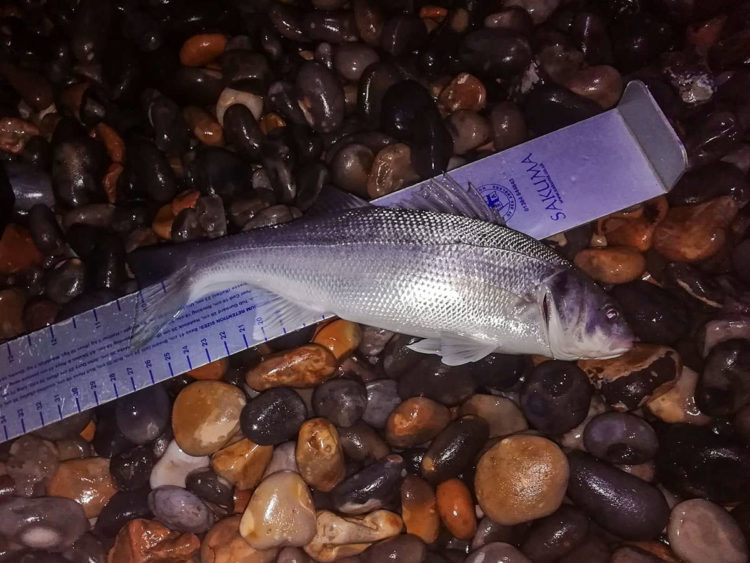 Third place and final podium spot went to John Catchpole on peg 2 also on the shingle with two bass for 2lb2/3oz.

Seven bass, six flounders, eight rockling and two eels were carded but with nine anglers blanking it was another tough night. In some bays the weed was easily manageable but for others it became a struggle as the tide pushed up. If the tides had possibly been an hour earlier and a tad bigger the venue would have produced more bass.

As always it was a great night with plenty of banter and nice to see some newer members carding for the first time.

Next week’s match is at Trimingham please book in Friday and Saturday once main post is put up, especially with bait orders.