We certainly seem to be experiencing some contrasting weather conditions; the end of Storm Callum hit us at the end of the week and we were lucky to escape with a just couple of days of just high winds, but it was enough to stop the boats from launching. On the plus side we did have some calm days too and boat anglers certainly found some fish.

The far side of the Gunfleet Sands seem to be the best place to head for. Thornback ray are in force here although most are only around the 4-5lb range. Bass to 5lbs were caught along with dogfish, a few codling and those ever faithful whiting are there in force.

Clacton Pier has had a good week with thornback rays, most around the 5lb mark. Codling are starting to show here more regularly now and Ian Canny landed two codling on a tide. 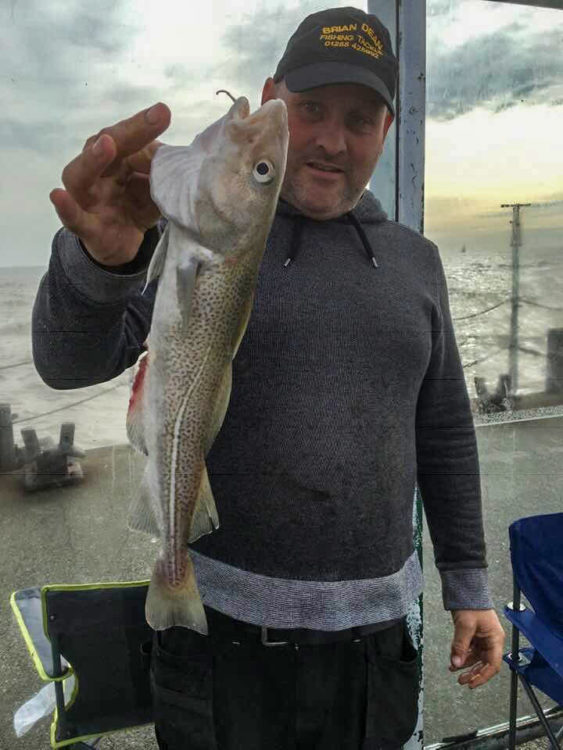 Ian Canny with one of his codling caught from Clacton Pier

The Holland beaches have fished well when there is some colour in the water, but on days when the sea clears the fish move out of casting distance.

Still no significant signs of any amount of Autumn codling being caught yet, but we are certainly seeing more than this time last year.

Top rod on the day was Neil Cocks landing three rays and a codling. Neil ended the match weighing in a convincing 15lb 7oz which also included the heaviest round fish – a thornback ray of 5lb 7oz. Second place went to Gary Hambleton with a bag of whiting and pouting for 5lb 8oz and third Phil Buy 3lb 13oz. The heaviest flatfish prize went to Chris Mills with a 14oz flounder. 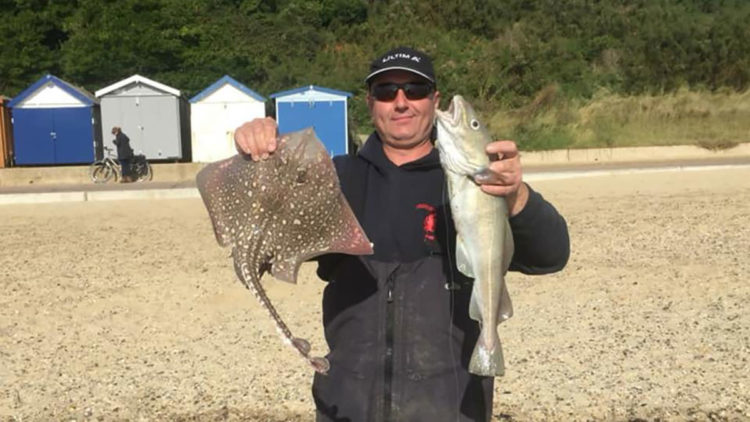 The Frinton beaches are producing plenty of whiting after dark along with the odd ray and bass.

Walton Pier continues to fish steadily, rays from the top of the pier, and whiting, are being caught from all areas with dogfish after dark.

The Walton Pier Club fished the middle section of the pier in breezy condition in their second match of the season. 22 anglers fished an ebb tide and all caught fish mostly whiting along with dogfish, eels, pouting and rockling.

First place went to Dean Parker weighing in a very credible 16lb 3½oz, he also took the heaviest round fish prize with a 1lb 3oz dogfish.

How To Tie A Buttlöffel Rig or Flatfish Spoon Rig