Success For Adie in SPAC Match at Huttoft Car Terrace

The latest Skegness Pier Angling Club (SPAC) match was held on Saturday 9th November from 2:30 till 6:30pm at Huttoft Car Terrace. This is the first time that I have run a match from the venue during my 11 year tenure as SPAC Secretary and I was a bit concerned in the weeks leading up to the match, because pleasure anglers didn’t appear to catch much there. But I was hoping that the quality anglers that come to SPAC matches would allay my concerns and hopefully show what the “new” venue was capable of. 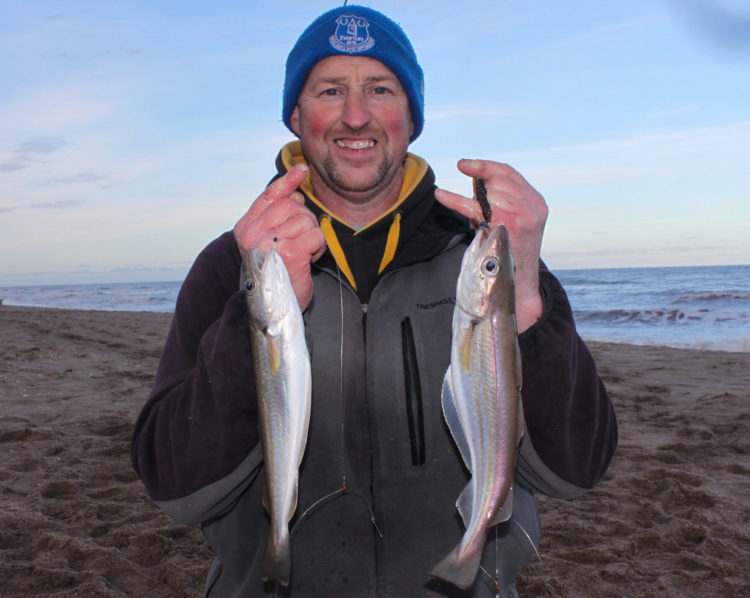 Unfortunately the match clashed with the Teams of Five in Norfolk and another match on the Holderness Coast. But it was pleasing that 11 anglers still chose to come along to show their support to SPAC, including another great turnout of top class Grimsby anglers. Unlike the deluge encountered at the start of the last match, conditions were just about perfect for this one, although the sea was a lot rougher than anticipated.

My concerns about the venue were soon disproved, with fish once again feeding from the start. Hound magnet Adie Cooper had caught over 11m in both off the last two SPAC matches and was soon out of the traps again, catching a double shot of decent whiting first cast. Further along to the south, Grimsby ace Garry Hutson had a treble shot of medium sized whiting first cast, which he then followed up next cast with another treble shot of whiting measuring 103cm! 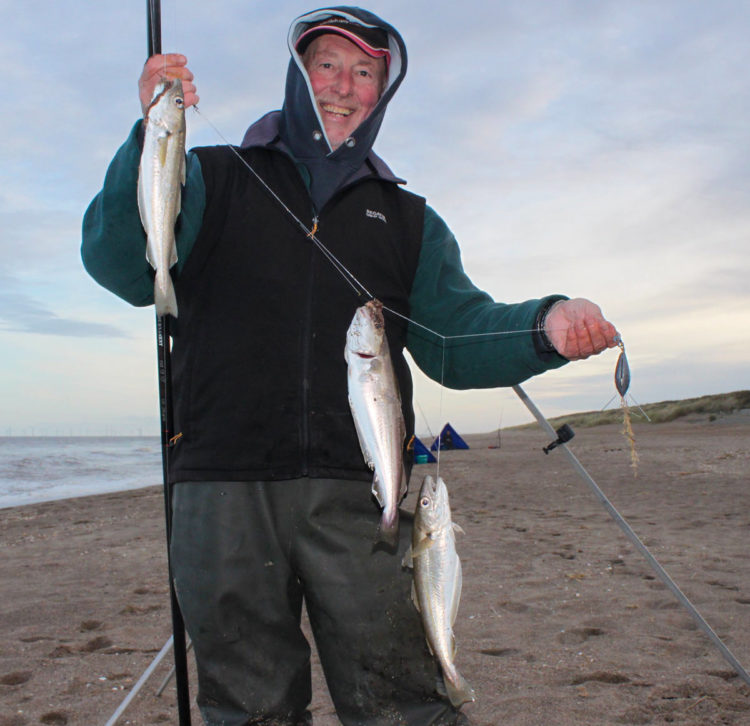 Second placed Garry Hutson with a treble shot of whiting

Despite the crashing waves fish were coming out at all ranges, with the shorter casters also catching fish, albeit of smaller average size than those caught at distance. Gordon Nelson had found himself a little rockling haven, with five of his first six fish being the slippery brown “slugs” and he finished the match with seven. Fred Donner was also doing well at close range, catching a variety of species, with a flounder, some small whiting, a rockling, then a 26cm bass falling prey to his three hook flappers. But Alan Steadman was struggling next door to Fred, with his rigs coming in weeded up every cast, to the extent that eventually he had enough and went home early.

Jason Broughton and Josh Collier were also catching well, but Grimsby aces Karl Nangle and Paul Denholm were both struggling a bit for the first couple of hours, with their catch rates well down on the other two Grimsby bagging machines. So as so often happens, the match turned into a straight battle between two top class match anglers, with Adie’s speed fishing resulting in another match win for him, with 41 fish measuring 1157cm in total. Garry ended up a metre and a half behind Adie in second place, catching 33 fish for 1004cm. The fish eventually moved in front of Karl in the latter stages of the match and he fished brilliantly to pull himself up into contention, taking third place with 30 fish for 906cm. To make a good day complete, Adie also won the longest flatfish with a 31cm flounder. Josh Collier and Mark Lawson shared the longest round fish prize, each with a 38cm whiting. 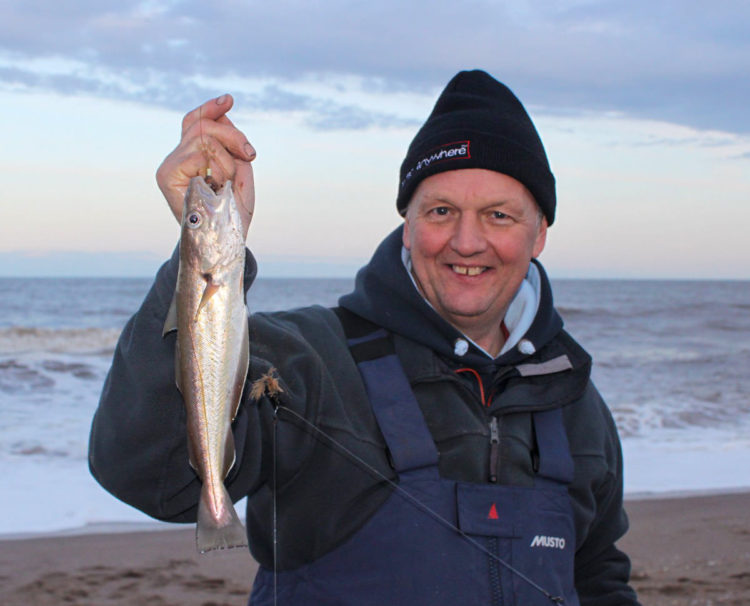 So yet another excellent SPAC match, with Adie Cooper amazingly catching over 11m of fish for three matches on the trot, which is a first for SPAC. The choice of venue turned out to be fully justified, with 221 fish caught, consisting of 187 whiting, 12 dabs, 18 rockling, just three flounders and a solitary small bass.

Next SPAC match is the annual Biggest Fish Rover, which will be held on Saturday 23rd November from 12 till 6pm on beaches between Gibraltar Point and The Dunes at Mablethorpe. The match is open to all and registration will be on the day at Lakeside Leisure, Trunch Lane. Further details of the match format will follow, so watch this space! 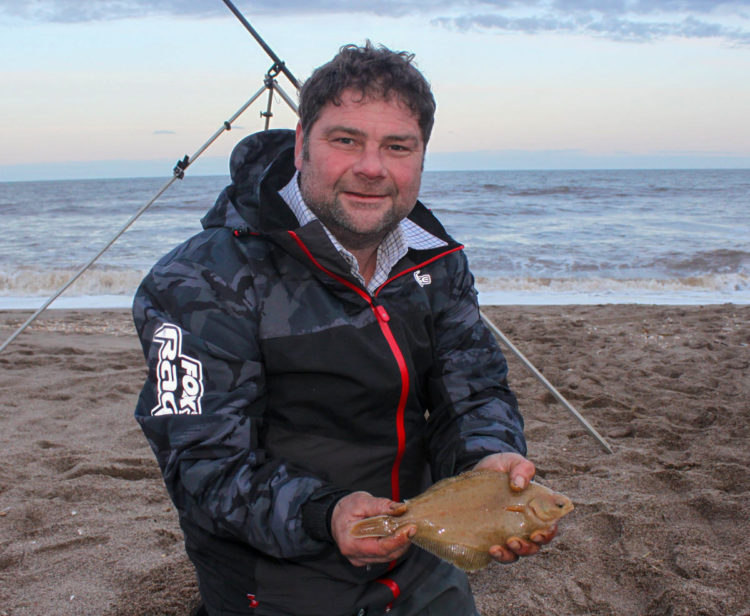 Fourth placed Jason Broughton with one of his four dabs