Good catches continued in the Skegness Pier Angling Club (SPAC) annual Species Hunt, fished in ideal conditions at Trunch Lane. Quite a few anglers managed to catch three species, but with 10 points on offer for each additional species, it was to be the elusive fourth species that decided on the eventual match winner. Kettering’s Jim Robinson has been in sparkling form recently and caught a whiting / weever double shot late on in the match. Added to the dogfish and 11 dabs he caught earlier, Jim ended up with 50pts and another match win under his belt. 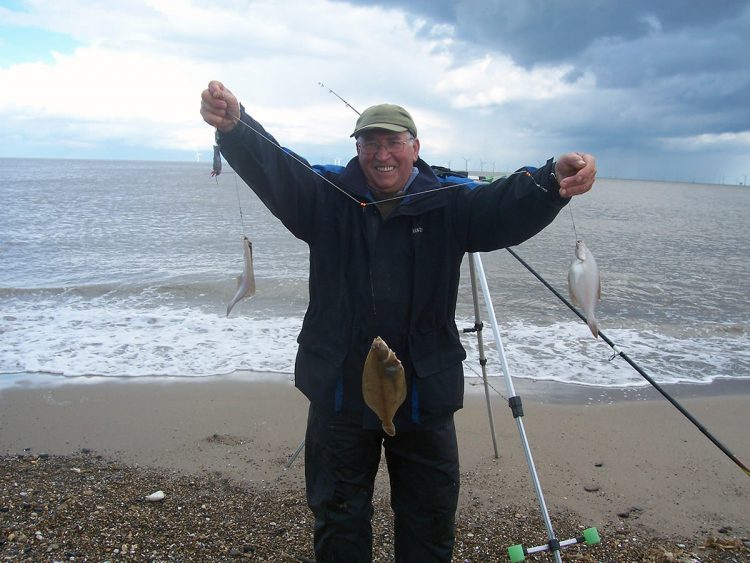 Croxton’s Dave Burr fished superbly to catch 18 fish measuring almost 7 metres in total. But despite best efforts he couldn’t entice that vital fourth species onto his hooks and had to settle for runners-up spot with 47pts. Corby’s Paul Marshall took third place for the second year in succession, catching 9 dabs, 4 flounders and an un-seasonal whiting for 41pts. Stafford’s Dave Shorthouse caught a cracking 64cm dogfish at distance to win the longest round fish award and Skegness local Dave Bradley featured in the prizes again, taking longest flatfish with a 36cm (1lb 3oz) flounder.

The next SPAC match will be held on Sunday 25th May from 2 until 6pm at North Shore Road, with Club members fishing for the Frank Parkins Shield, in memory of our sadly departed Chairman. There is also an open section, which non-members are welcome to participate in. For further information please contact SPAC Secretary Chas Tibble on 07984 967988 or chastibble@hotmail.com

Kayak Fishing: Running With The Bulls