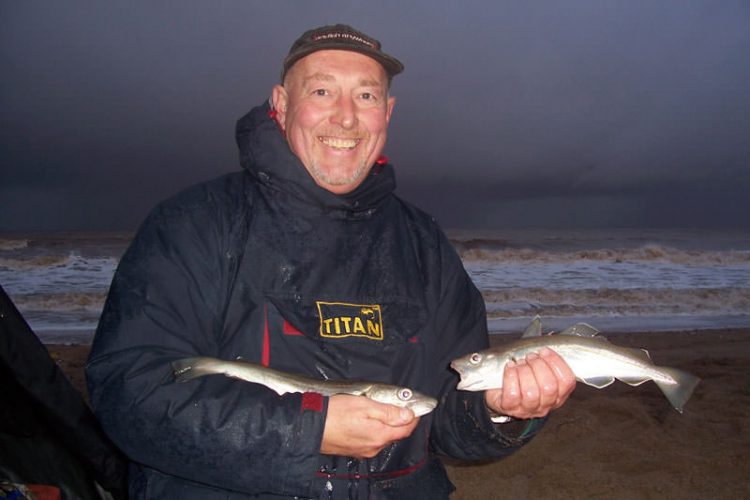 Visiting anglers took all the spoils in the latest Skegness Pier Angling Club (S.P.A.C) match held at Sandilands. Top Grimsby match angler Garry Hutson used his long casting skills to good effect, easily winning the match with 14 whiting weighing just over 7lb. To make a good day complete, Garry won the heaviest round fish prize with his best whiting weighing 1lb and as there were no flatfish caught, also scooped the heaviest flat award with a 14oz fish. Some way behind in second place was another highly successful Grimsby angler, Karl Nangle, who worked hard in the rough conditions to catch three whiting for 1lb 5oz. With half of the anglers packing in early, Corby’s Paul Marshall stuck to his task to finish in third place, with two whiting weighing 12oz.

With the appearance of the winter whiting shoals, prospects are looking highly promising for the next SPAC match, that will be held on Saturday 6 November from 3:30 till 7:30pm at Trunch Lane, with Club members fishing for the A Smith Cup. There is also an open section, which non-members are welcome to participate in. For further information contact SPAC Secretary Chas Tibble on 07984 967988 or chastibble@hotmail.com