Skegness Pier Angling Club (SPAC) members have been experiencing highs and lows in recent matches held from local beaches. Match 15, held at Trunch Lane, saw anglers struggling to catch, with Grimsby ace Adie Cooper winning the match with a flounder and a smoothhound caught on his last two casts, for a total length of 123cm. He also won the longest round fish prize with his 93cm hound. Corby’s Paul Marshall had worked hard all match, but in the end had to settle for second place with six tiny weevers and a small flounder for 112cm. Croxton’s Dave Burr came in third with a pair of flounders for 60cm, also winning the longest flatfish prize with his best flounder, which hit the measure at 32cm. 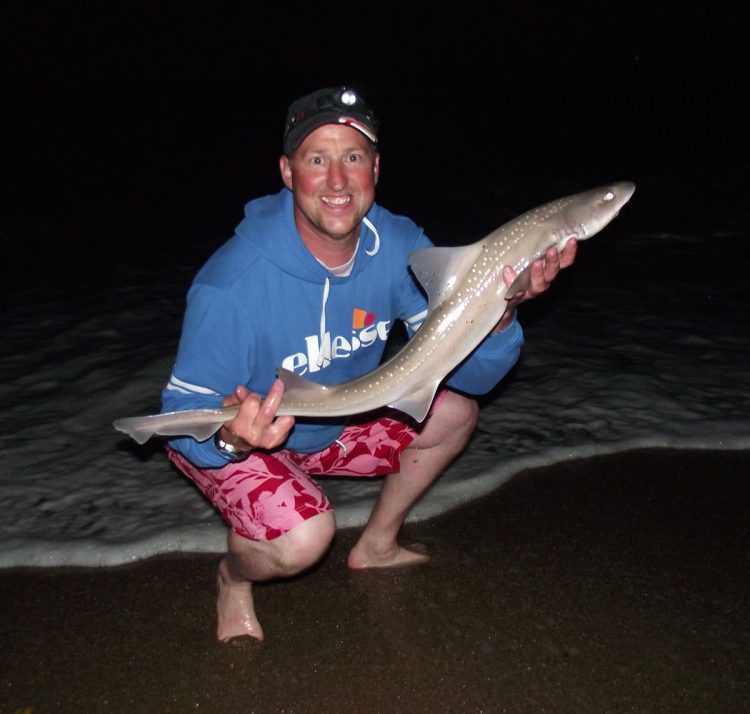 Match 16 was the annual away match, fished from the south bank of the tidal River Nene at Sutton Bridge. Paul Marshall was once again in scintillating form, winning the match for an amazing seventh time on the trot, with eight flounders, nine silver eels and four bass, for a total length of 558cm.To make a good day complete, he also shared the longest flatfish prize with his son Tom, both catching 34cm flounders and shared the longest round fish prize with Bob Foster, both with 24cm bass. Dave Burr came in second, with 10 flounders, four silver eels and a bass, measuring 410cm. Adie Cooper had to settle for third place on this occasion, with a nine fish mixed bag measuring 262cm. 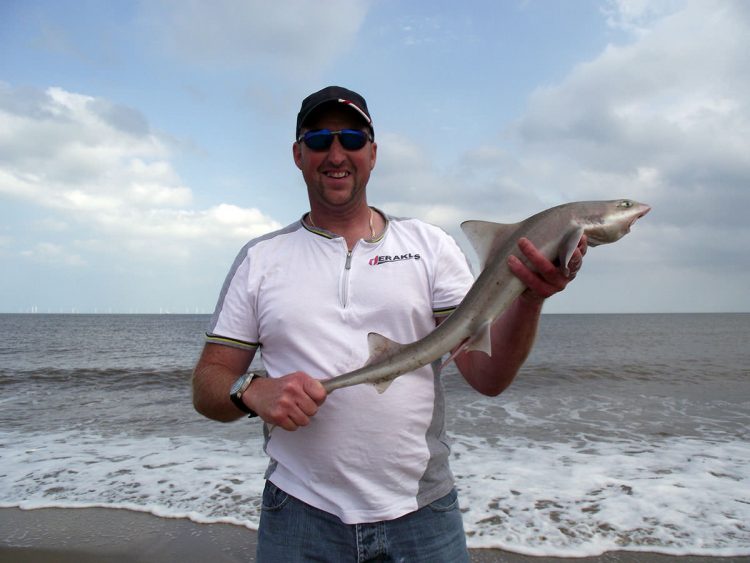 There was a disappointing turnout for Match 17, held in perfect conditions at Drake Road, with no ladies turning up to compete in the annual Mixed Pairs event. Those that did fish enjoyed some excellent smoothhound sport, with Adie Cooper using his prodigious casting skills to catch eight of the hard fighting small sharks, which won him the Mrs Wheatcroft Cup with a total length of 670cm. Some way behind in second place came Wrangle’s Alan Steadman, with four hounds measuring 360cm. He also won the longest round fish prize with a 99cm hound. Just one fish behind Alan in third place was Grimsby star Karl Nangle, also with four hounds for 349cm. Paul Marshall was in among the prizes again, landing the longest flatfish prize with a 29cm flounder.

North Shore Road was the venue for Match 18, with just the odd hound showing, but quite a few hound bites missed due to the lack of tide run. Paul Marshall set his stall for small fish from the start, fishing brilliantly to win the Dave White Cup with 14 small whiting and a silver eel for 201cm. Grimsby’s Dan Jackson caught a flounder, then a last gasp hound to grab second place with 125cm. He also won both the longest flatfish and round-fish prizes, with his 26cm flounder and 99cm hound respectively. Dave Burr framed again in third place, catching a small whiting and a 98cm hound for a 111cm total. 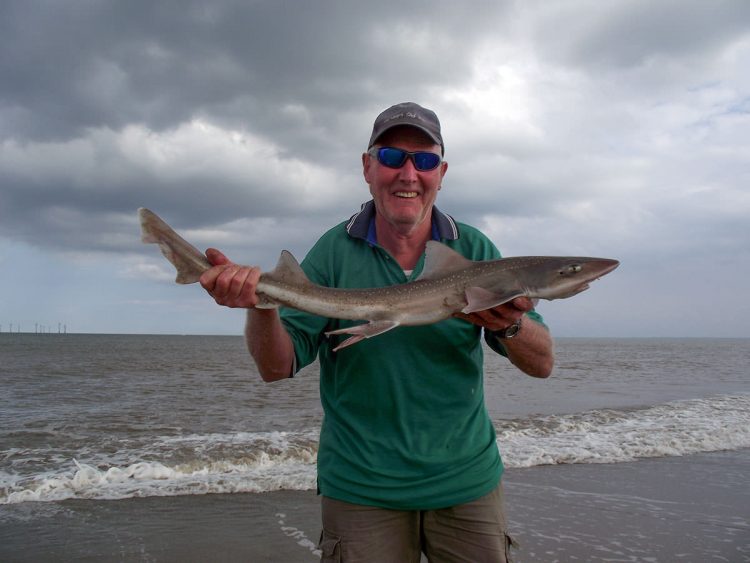 The next match will be held on Sunday 25th Sep from 10:30am till 2:30pm at Winthorpe Avenue, with Club members fishing for the Ron Scott Trophy. There is also an open section, which non-members are welcome to participate in and the Mixed Pairs event will also be re-scheduled to this match, with a small prize for every lady that fishes. For further information, please contact SPAC Secretary Chas Tibble on 07984 967988 or chastibble@hotmail.com