After a few days of strong winds and rough seas, the weather gods were kind to us for yesterday evening’s Skegness Pier Angling Club (SPAC) match, held from 3 till 7pm on the beach in front of the Lakeside Leisure complex at Trunch Lane. There was another great turnout of 15 anglers, including the welcome attendance of Andy Bates and Fred Needham, who were both fishing their first SPAC match.

The northern end of the match stretch produced fish from the off, with Adie Cooper going off like a train, with the first two fish on his match card being 35cm whiting. But crucially, Adie dropped a couple of dabs off at the waters edge early on, which would cost him dear later in the match. The odd fish was coming ashore all the way along, but the southern end was really slow at first, with Dave Burr and Andy Bates both struggling to catch on their end pegs. But as the match progressed into darkness, the fish seemed to move south with the incoming tide and Adie’s “swim” died. 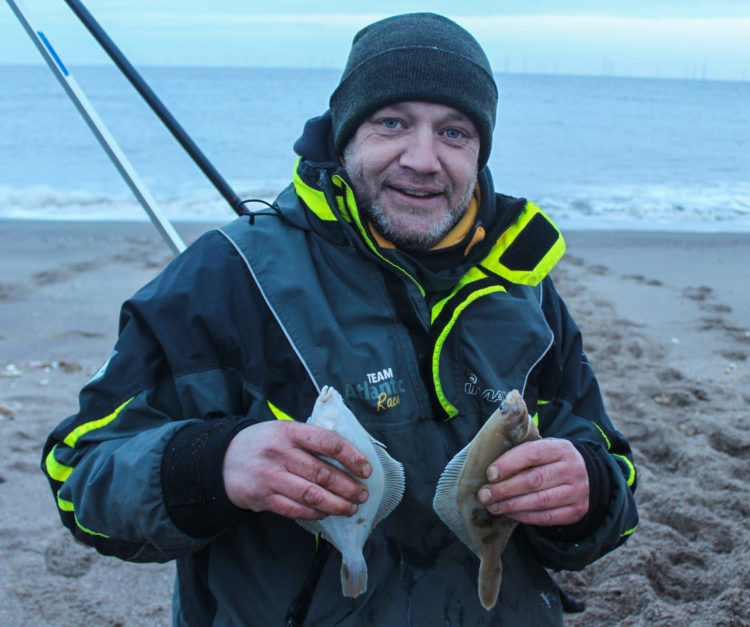 After a slow start, Grimsby’s dynamic duo Ian Nelson and Paul Denholm started to get in among the dabs, both hauling in double shots. Not to be outdone, Dave Burr then brought in a dab/whiting triple shot, whilst Jason Broughton and Andy Bates were both steadily catching dabs. But in the end it was “Mr Consistency” Ian Nelson who came out top of the pile, winning the Healey Cup with nine dabs and four whiting measuring 317cm in total.

Kevin Warner has been getting some great results in recent matches, without quite making a podium spot. But that all changed on this occasion, as he caught steadily throughout the match at the poorer northern end, taking a well deserved second place with 14 fish for 304cm. Paul Denholm couldn’t quite keep up with his fishing partner Ian, but managed to come in third with an 11 fish mixed bag measuring 286cm. The two lost dabs cost Adie a top three placing, but he was still among the prizes, sharing the longest round fish prize with Dave Burr, both with 35cm whiting. Gary Collins has been gaining a great reputation as a “flounder whisperer” and his tame 36cm trained flounder came up trumps again, winning Gary the longest flatfish prize! 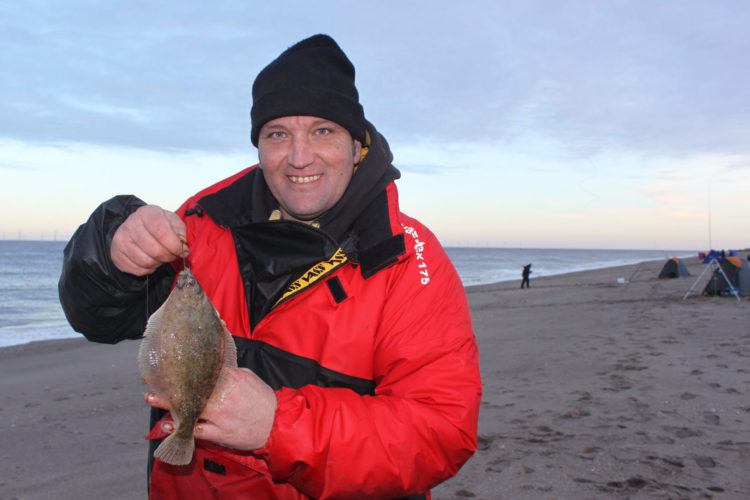 Another good SPAC match, with the top half dozen anglers all being very close, with just the odd fish or two making all the difference. In total there were 129 fish caught, consisting of 97 dabs, 29 whiting and three flounders, the vast majority of which were returned to the sea alive after being measured. 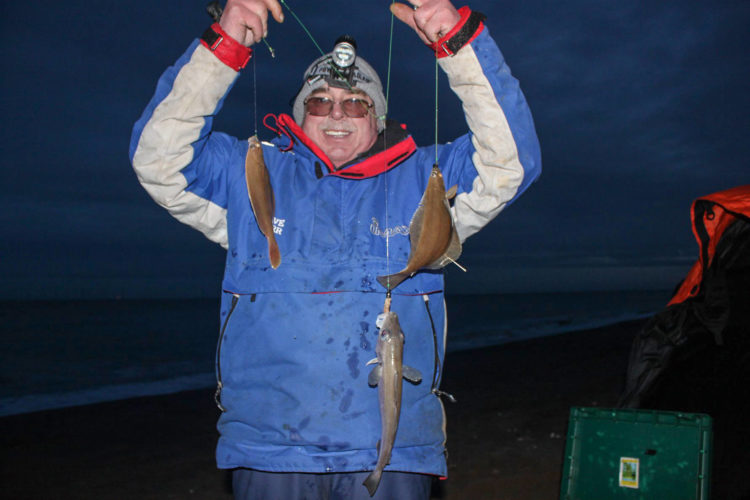 The next SPAC match will be held on Sunday 17th February from 2:30 till 6:30pm at Chapel Six Marsh, with Club members fishing for the Gordon Long Cup, but the match is open to all to fish. Don’t forget the SPAC AGM and Trophy Presentation on Saturday 2nd March, which will be held at the New Park Club, Scarborough Avenue, Skegness, with the AGM match being held the next day. There will be a free buffet at the AGM, along with the usual prize laden raffle.