The winter months are whizzing by and it won’t be long before spring arrives and we will be seeing a variety of different species turning up on our part of the east coast. Until then we are still in the doldrums and apart from those ever-faithful thornback rays there really isn’t much more to report.

What I will say is to get more bites just lighten up on the end tackle, smaller hooks and lighter lines will produce more bites when the going is tough.

The boats this week have had an indifferent week, some thornback rays have been caught along with dabs and the very odd codling, The charter boat Enterprise skippered by Chris Mole out of Mersea has been finding the rays with up to 10 rays per trip. Colchester angler Lee Grego was on one such trip and he caught two cracking rays plus a few whiting.

The Clacton boats have also seen a few thornback rays, whiting and dabs, but once again large shoals of sprats are hampering the fishing, but hopefully by the end of this month they will be dispersing.

The beaches really haven’t fared much better this week, just the odd whiting, dab and rockling reported. Its always worth putting one rod out with a big squid bait for a ray as they can turn up on any tide. 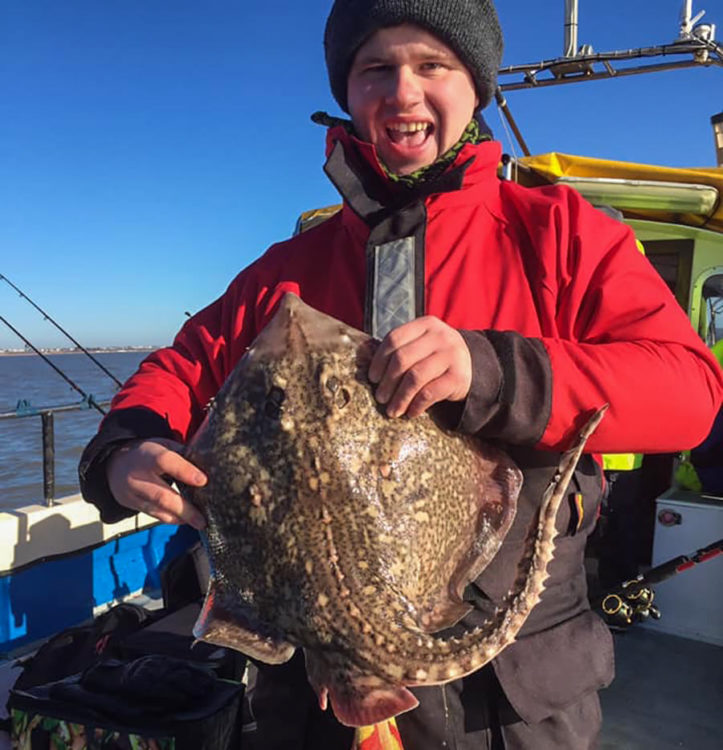 Clacton Pier has seen whiting and dabs caught this week, always a chance of a ray here and with calm settled weather forecast it could be the venue to head for.

Walton Sea Angling Club fished a mid-week evening match on the local pier; they fished a calm and cold night with clear skies which made for a heavy frost on the pier boards and made it slippery under foot!

They fished from low water on the head of the pier and bites were hard to come by. Top rod on the night was Clacton’s Mick Frost with six fish for 76 points. Second place went to Rob Tuck with seven fish worth 70 points and third placed Nik Highfield’s three fish scored 36 points. Nik also won the heaviest fish prize with a 28cm dab weighing 8oz.

Day time anglers on Walton Pier have seen dabs from the top of the pier along with the odd thornback ray, codling are still very hard to find but hopefully by the end of the month we will see a few being caught.

18 anglers fished on a very windy day, but everyone caught plenty of fish, sadly not many dabs. Only eight anglers caught dabs and top place went to the in-form Nik Highfield with two dabs for 4½oz. Joint second went to Phil Buy and Keven Willimott on 3oz and joint fourth were Vic Pearce and Chris Mills with 2½oz.