Sometimes it pays to think outside the box and so it proved for the latest Skegness Pier Angling Club (SPAC) match, held from 3 until 7 pm at Winthorpe Avenue on Sunday the 19th. The unfancied venue has been fishing really well this year, but always seems to produce the goods well after high tide. So it was decided that instead of fishing two hours either side of high water as normal, we would fish four hours down to low water. 10 Club members turned up to compete for the Sheffield Cup, to be met by what appeared to be ideal hound conditions, slightly overcast, with a flat calm sea. 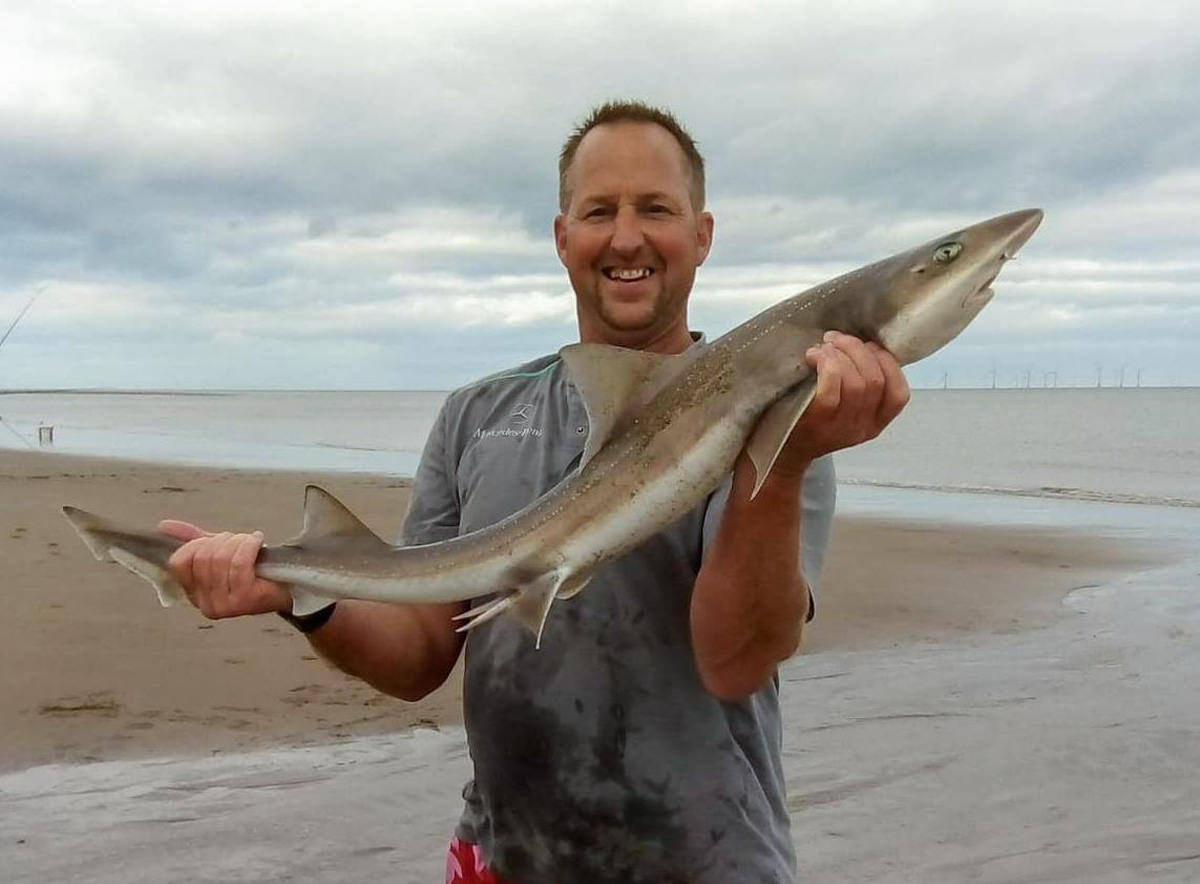 SPAC President Alan Steadman went off like a train, catching 80cm plus hounds on his first two casts. Dave Burr was also into the fish early doors, catching a thornback, followed by a small hound. Hound magnet Adie Cooper had a slow start by his standards, but as usual started to find the hounds and the match turned into a ding dong battle between him and Alan. But after his great start, Alan unfortunately missed a few bites and dropped a couple of fish, to let Adie in for another SPAC match win, with five hounds and a fairly hooked pipefish, measuring 429cm in total. Adie also won the longest round fish prize with his best hound, which hit the measure at 106cm and was the only hound over a metre caught. 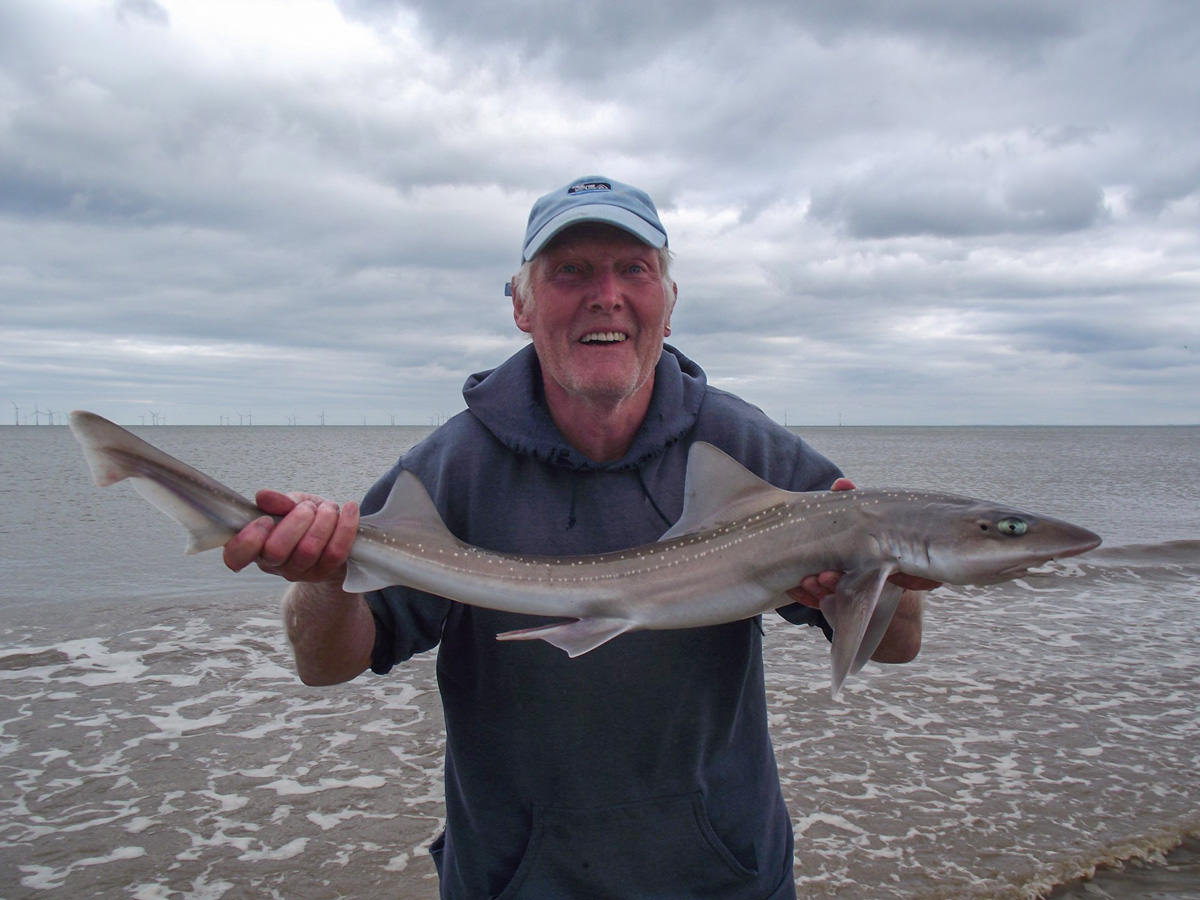 Second placed Alan Steadman with one of his hounds

Despite his bad fortune, Alan still managed to take second place, with four hounds for 357cm. Dave Burr had blanked in Garry Hutson’s open match earlier in the afternoon and had then dashed down from Chapel to fish our match. The move paid off, as Dave framed in third place with three hounds and his small thornback ray for 298cm. 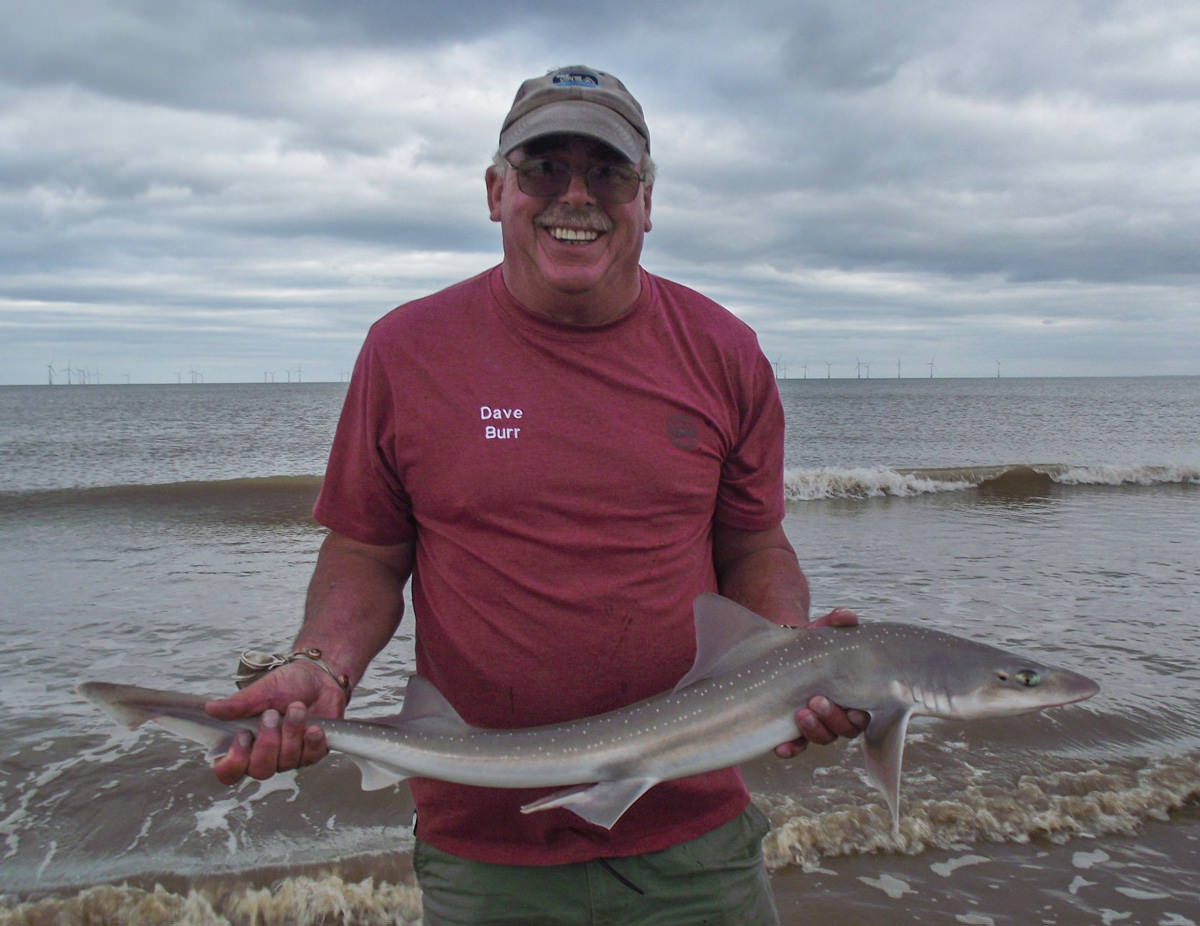 Third placed Dave Burr with yet another hound

It wasn’t all about the hounds though, as “Angler not a Dangler” Bob Foster fished lugworm on three hook flappers to catch an eight fish mixed bag, including a 28cm flounder, which took the longest flatfish prize. It was also pleasing to see six silver eels caught, with the pick of the bunch being a 62cm (1lb 2oz) specimen caught by Rick Jarvis, which is the new leader for the annual silver eel cup. After many years of decline, there have been good numbers of silver eels caught and released this year, so hopefully the species is on the road to recovery. 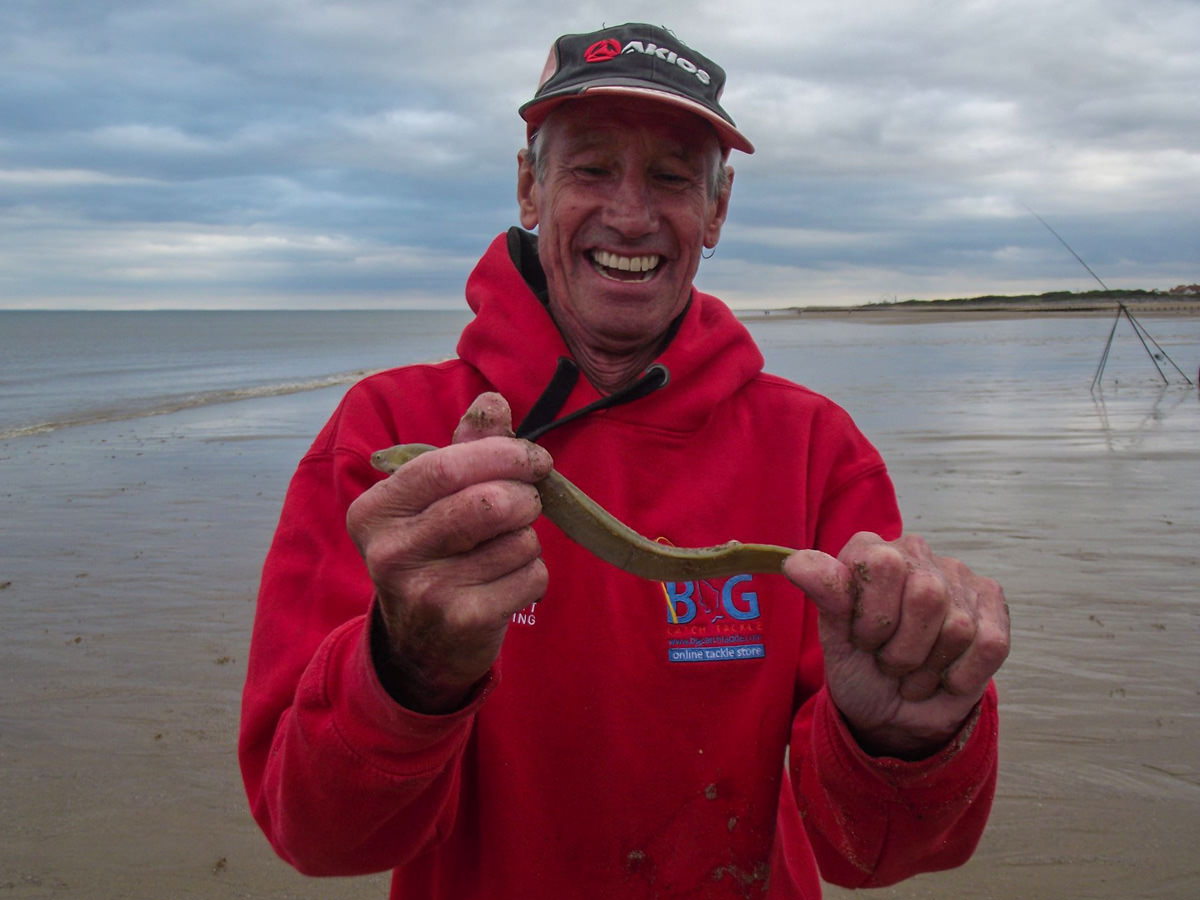 Bob Foster with one of his silver eels

Next two SPAC matches will be held as follows:

Both matches are open to all, so why not come along and have a fish with our friendly little club. The match on the 22nd includes our annual Mixed Pairs event, with the venue chosen offering (as can be seen from today’s results) the chance of catching a variety of species at close range, or distance. Please pass on to those not on Facebook and please contact SPAC Secretary Chas Tibble on 07984 967988 or chastibble@hotmail.com for further details.