Skegness Pier Angling Club (SPAC) Match 11 was held last Saturday 12th Dec from Winthorpe Ave. After thinking long and hard about where best to fish the match and with reports of poor fishing from venues north of Trunch Lane, I eventually plumped for the ever-reliable fishing from my home stretch of beach.

Yours truly did the booking in and peg draw, whilst Adie Cooper kindly put the pegs out. Originally there were 14 pre-booked in; but with three unable to make it due to other commitments, 11 Club members went off to their drawn pegs to do battle for the Bev Faithfull Memorial Shield, in memory of our sadly departed long term Treasurer.

The match was again run with Covid-19 precautionary measures put in place, as recommended by the Angling Trust and risk assessed by the organiser in accordance with their guidelines. Once again the pay-out was carried out at the end of the match with “safe” Club money and the entry fees paid on the day quarantined until presumed safe and virus free. 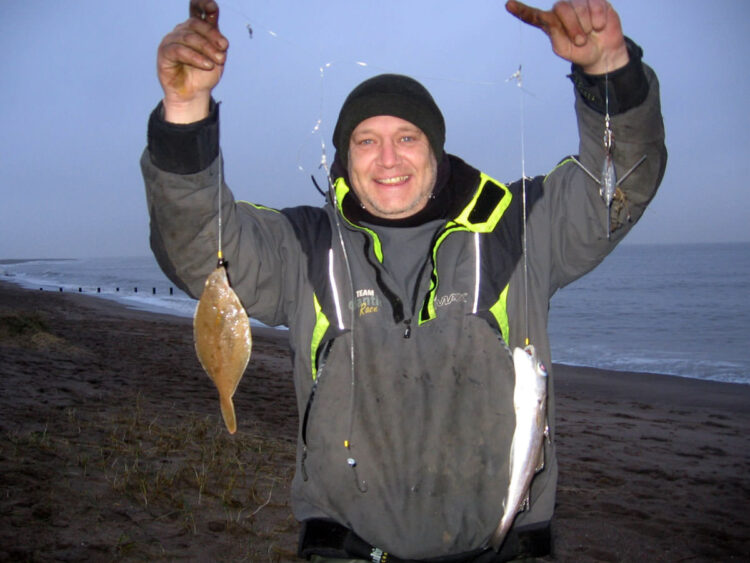 The weather in the week running up to the match had been very changeable; but on the day we were met with perfect conditions of a light offshore wind to help with the casting, along with a calm sea having just enough lift to hopefully encourage the fish to feed freely. 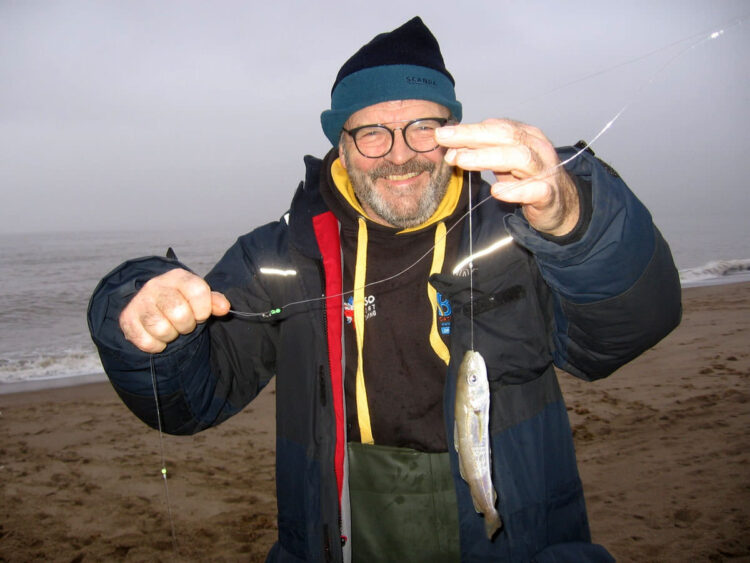 Seventh placed Mark Lawson went off like a train and was winning the match at one stage, but couldn’t maintain the catch rate throughout

My choice of venue appeared to have been vindicated, with rods knocking from the off. But with very little tide run on the flood and the fish having time to pluck at the baits, the bites proved difficult to hit. But with the quality of anglers on the beach, fish soon started to come ashore, with first Tony Burman pulling in a small dab on ragworm, then Karl Nangle bringing in a dab double shot.

Most of the field were casting three hooks clipped to distance; but further along on peg 9, Mark Lawson got off to a flyer using three hook flappers at close range and soon had over a metre of fish on his card, including a treble shot of dabs. This encouraged those round him to rethink their tactics and alternate between distance and close in to try and find the fish. Hound magnet Adie Cooper was casting three hooks the proverbial mile on peg 1, but unusually for him was struggling to catch initially. However, Adie eventually got out of the blocks with a rockling, then as dusk started to arrive he pulled in a 34cm whiting, taking an early lead for the longest round fish prize. 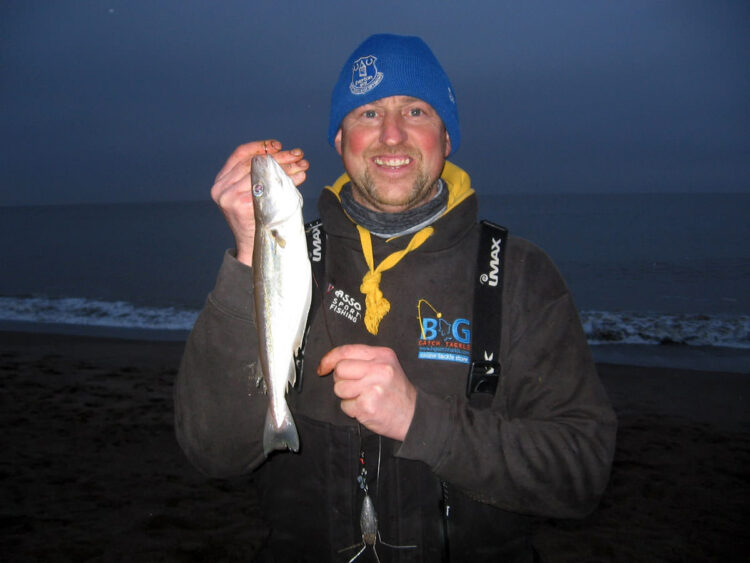 Soon everyone had at least one fish on their card to avoid the dreaded blank. Then as darkness fell and the tide started to increase in strength on the ebb, the fish came on the feed, with double and treble shots coming ashore. Paul Denholm was quietly bagging up on end peg 11, but was catching mainly smaller fish, with nothing above 29cm. Adie was now into his stride too and although his catch rate was not as good, he was finding some big whiting at peak distance, pulling in some 30cm plus fish, then a 40cm cracker, which was weighed at 1lb 3oz. Next door to Adie on peg 2, Ian Nelson was also catching well and it was difficult to predict a winner, with Paul also in the mix at the other end of the match stretch. 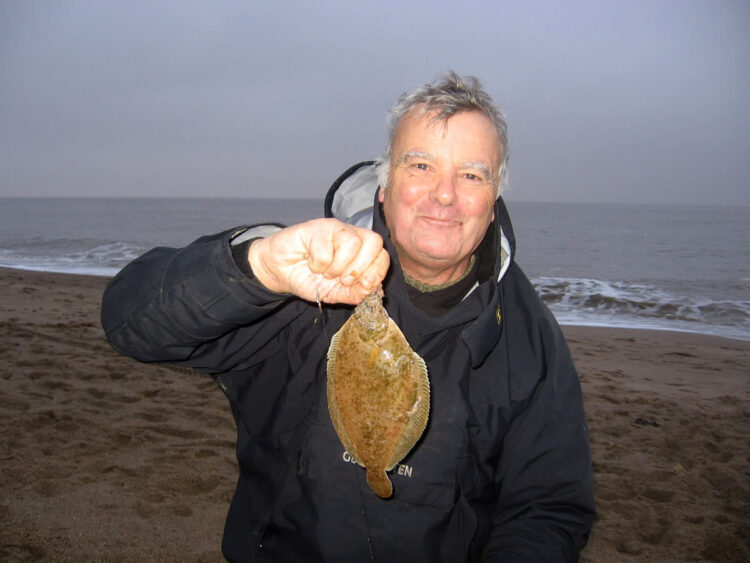 But as so often happens in SPAC matches, the result went right down to the wire, with Ian just in front of Adie by 17cm as they both launched their final casts and Paul snapping at both their heels! Then at the final whistle, Adie failed to find a fish, whilst Ian pulled in a whiting and two dab treble shot, to win the match with a mixed bag of 32 fish measuring 766cm in total. Adie finished almost a metre behind in second place, with 24 fish for 675cm. He also won the longest round fish prize with his superb 40cm whiting. Paul Denholm finished agonisingly short by just 2cm, taking third place with 30 fish for 672cm. Dan Jackson took the longest flatfish prize with a nice 31cm (14oz) dab.

Quite an interesting result really, showing the difference between the total length and the weight conversion systems. If the result had been worked out using weight conversion, Adie would have been the winner with just 24 fish, with 10 whiting over 30cm giving big weight points. But under total length, Ian was the true winner with 32 fish, but just 2 whiting over 30cm. 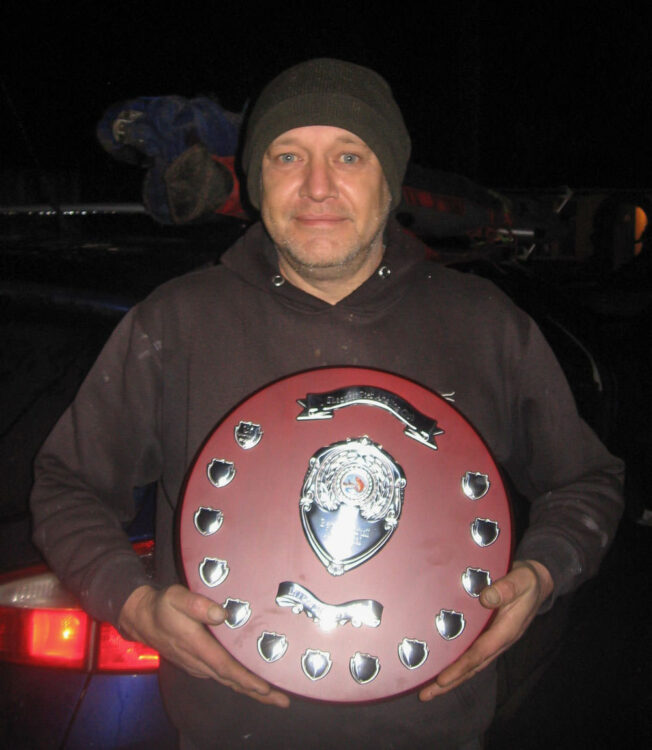 To the winner, the spoils! Match winner Ian Nelson with the Bev Faithfull Memorial Shield

Bev Faithfull was SPAC Treasurer for more than 43 years and his two sons John and Jim came along to the match and kindly donated a bottle of vintage port, which was presented to the winner. This was the last SPAC match of the year and because we won’t be holding our annual Xmas Fayre match, or the Biggest Fish Rover this year, every member who fished the match on Saturday received a prize in order of finish. 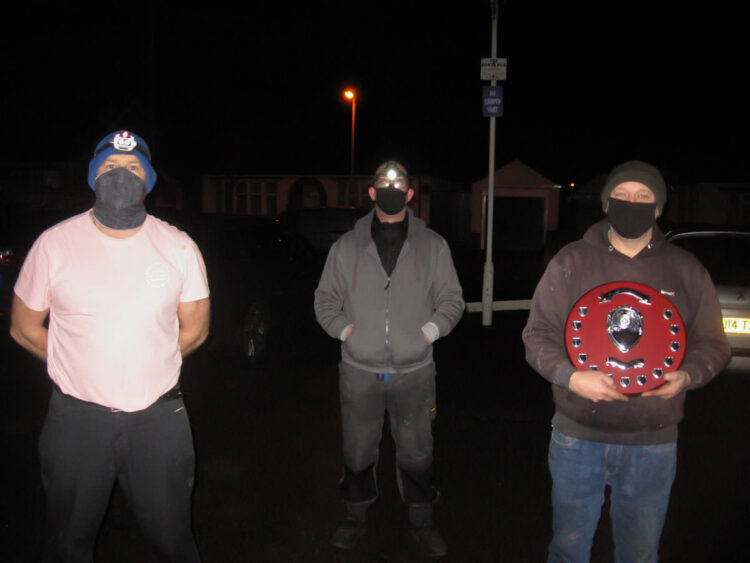 The SPAC match programme has been badly affected this year due to Covid19 and unfortunately we have only been able to fish 11 matches, rather than the 25 or so that we normally fish. However, there was still the Aggregate Points trophy and cash prize to be fished for on Saturday, with Adie Cooper on 63 points and Garry Hutson on 61 points going into the final match. But Garry unusually had one of his rare bad days at the office; so the title goes to Adie once again, finishing the 2020 season with 72 points. Well done Adie, another very consistent performance from a top class match angler.

I sincerely hope that 2021 will be a much better year for everyone and that the vaccination programme will keep Covid19 firmly under control, even if it doesn’t stop it completely. I have booked the SPAC AGM and Trophy Presentation for Saturday 20th February at the New Park Club and hopefully by then we will be in a position to go ahead with it. I will be looking at the tides and will be putting on a couple of matches in January, so watch this space! 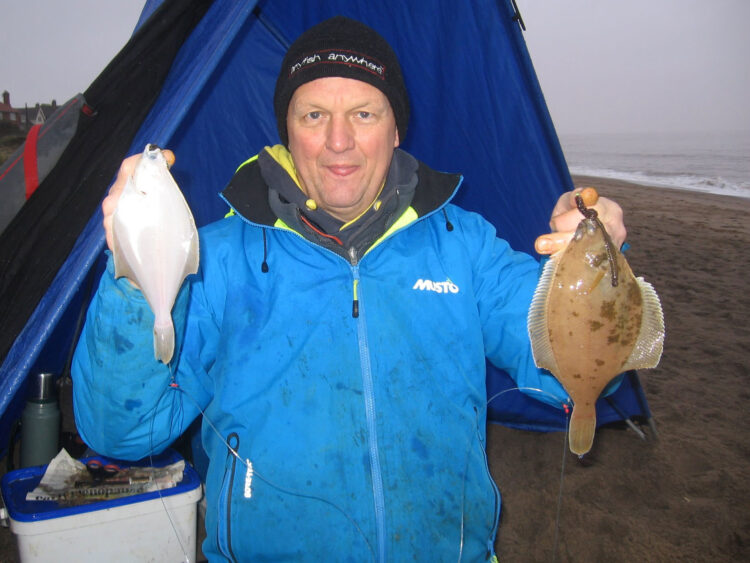 I would like to take this opportunity to say a big “thank you” to everyone who has supported SPAC, throughout what has been a very difficult year. I would also like to thank David Proudfoot of Planet Sea Fishing, for continuing to support and publicise SPAC through his brilliant website. Finally, I wish everybody out there, both anglers and friends, a very Happy Christmas and a peaceful, successful and hopefully Covid free New Year.

Winter Conger Fishing From The Rocks