The latest round of the Rite Gear Monday Night League saw a great turnout again with 22 anglers fishing. This time battle was to commence at Salthouse on a perfect, wind free, frosty December night. With fishing from the top of the tide down expectations were relatively high, as was the pressure system hanging over us. Fish came on the feed from the off, with some decent whiting and dabs making an appearance, along with the usual undersize fish.

As the match progressed, it became apparent that the whiting were not here in any great numbers, possibly down to the pressure system, so dab scratching was the order of the day or night. 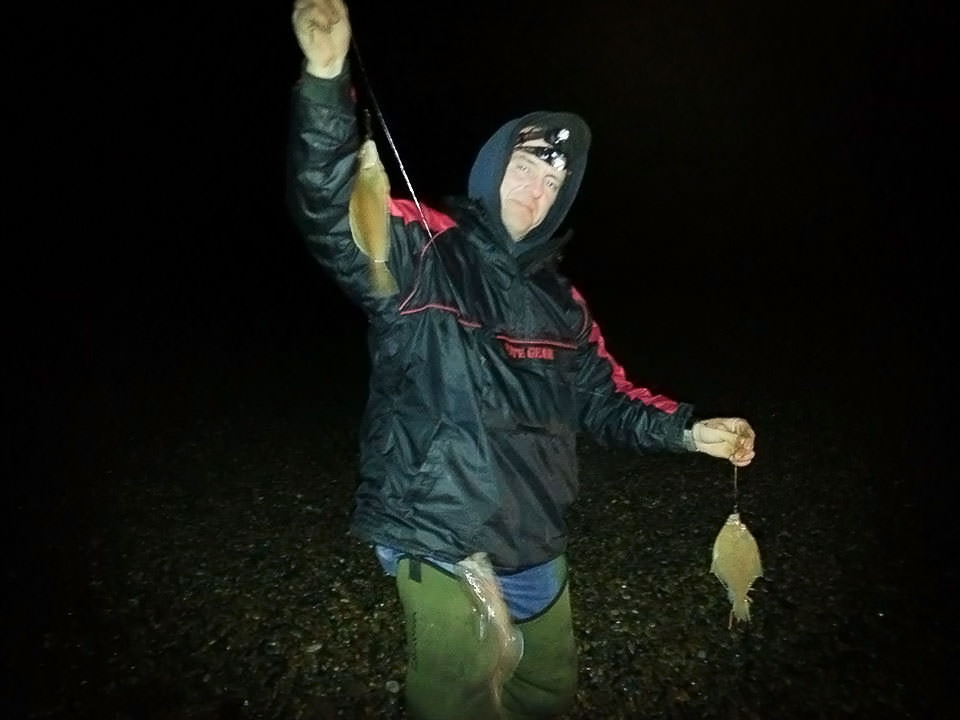 Mike Gill managed a cracking flounder of 33cm just under a pound, he also continued his consistent run and managed to card 11 fish for a total of 3lb 13 1/3oz. Mike fished mainly with yellowtails and the odd fish bait, this gave him a well deserved first place, knocking Henry Randell down into second with eight fish for 2½lb, a good performance considering with an hour to go he only had three fish on his card. After a couple of weeks of tuition, Ian Gennery showed great improvement by claiming his first podium spot. He caught consistently throughout the match and beached six fish weighing in at 1lb 13 1/3, to take the 3rd place spot. Top lady angler on the night was Ally Barnes who carded two fish for 9 1/3oz. With the league rapidly coming to a close, it is still tight at the top of the leader board so good luck to all in contention.

Please note the final meeting on the 23rd of December will be held in The Village Inn at West Runton from 6pm onwards with the presentation at 7pm, followed by a raffle and a meeting to decide the way forward and launch the Norfolk Angling Club. Please bring a bottle or gift for the raffle. All those interested in becoming a member of the new club please come along and voice your opinions, everyone is welcome regardless of if you have fished the league or not.

all others who fished receive 5pts