Mundesley was the venue for the first match of the 2020 NAC Summer League, although it didn’t feel like summer on a cool February evening. Low tide was 19:20pm so two subjects of pre match chatter were the hope for an early kick off to maximise chances of a good catch to make up from the previous two weeks (Gorleston and Bacton), and what were the final league positions in the winter league.

Early kick off was made possible by the JIT* arrival of Andy Turk with his disco dashboard, completing the nine man team. The decision was made to walk off in peg positions and fish the first groyne nearest to the foot of the beach path. Match rules were to be applied i.e. over 18cm and converted weight points, to give a good chance of a decent result.

Set up on the beach completed the whistle was blown for cast in at 6:45pm. Being low tide, it was hoped there’d be some early successes. But it proved to be a struggle to catch anything of size other than an influx of weed after about hour which for some turned the session into one of gardening not fishing, and certainly not catching. The usual chat up/down the pegs confirmed the feeling that little of size was being caught, although most were catching the odd small size whiting and dab.

No one blanked, always a result, with a total of 36 fish (304 weight points) caught. 25 whiting, seven dabs, four rockling. The biggest round fish fell to Ian Wells (Peg 2), whilst biggest round fish was shared by Russell Taylor (Peg 9) and Nathan Drewery (Peg 7) both catching 25cm Dabs. 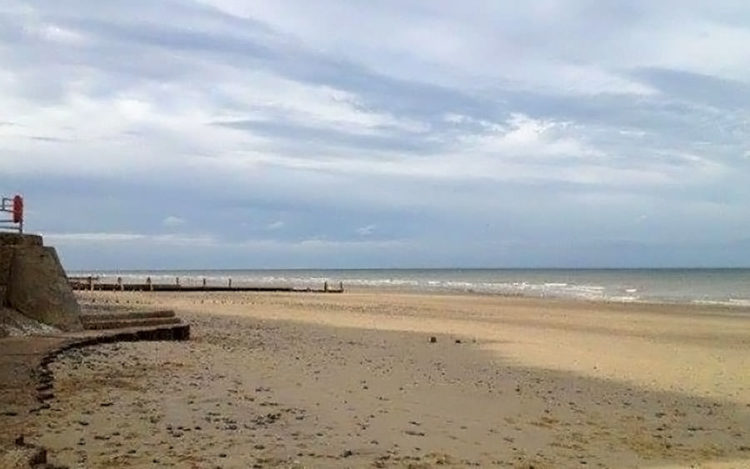 All in all a good nights fishing no one blanked, nice venue, easy access, clean ish (if don’t count the weed), and we stayed dry. The final winter league position will have to remain ‘sealed’ for the moment until the NAC ‘weighting handicap lottery factor’ is applied, more later.

Next weeks match (10th February 2020) will be held at Salthouse, a chance to get some practice on the shingle ahead of the Joc Goudie International Beach Masters 15th – 16th February 2020, see you all next week