With Storm Arwen in retreat, the sea settling and John Spalton’s afternoon beach watch video showing a promising sea it all looked to be a special night with what the old hands (you know who you are) said looked like a “codding sea”.

We were joined by returning NAC angler Richard Ellis who last fished with the NAC back in January 2014, nice to see you back. Richard was joined by 11 other anglers all keen to get to the beach and the late arrival of Ian Wells fishing his home patch

The pre match chat was around how well the fund raising was going for the NAC supported charity of Walking with the Wounded. With promotional hats being passed around, it was pleasing to report that we had set a target of raising £500, and with £165 raised in just a few days we were on target to reach our objective by Christmas. Thanks to all for supporting, and note the comments at the foot of this report re an exciting opportunity to win some top tackle as part of the fund raising. 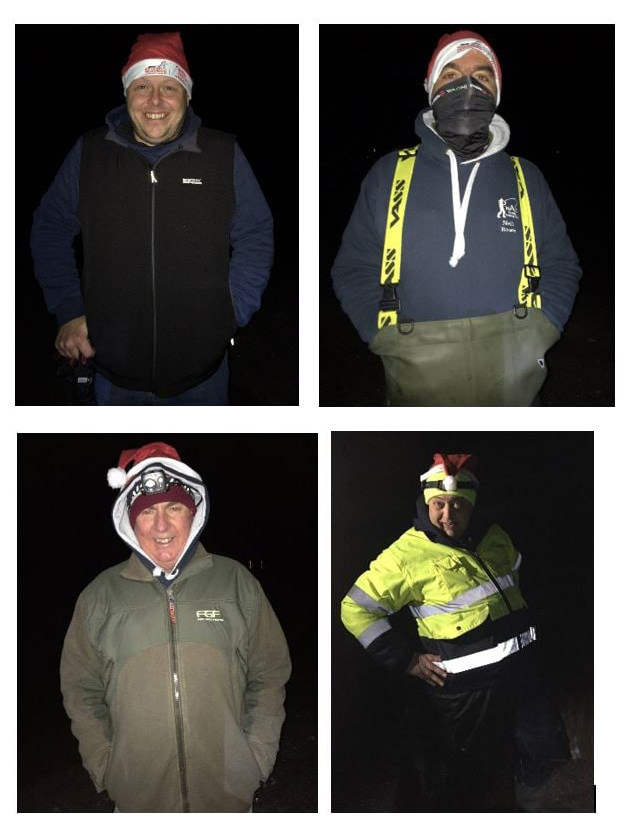 So back to the fishing. We pegged left (Pegs 1 – 6) and right (Pegs 8 – 13) of the “walk down” with Number 7 Peg being at the foot of the slope. Would there be a difference in catch rates from left to right. With conditions looking good it was confirmed that we would fish to size, in anticipation of a fish bonanza.

With the tide receding it quickly became apparent that we were so wrong. The early casts over the surf did not deliver the fish, even the long hitters were struggling. It became apparent in the first hour that it was dependent on your peg, then your cast. Would the fishing be comparable with the low fish turnout of Cley last week.

Simple answer was – Yes, whilst 16 anglers caught 30 fish last week at Cley, 13 anglers managed 42 this week, yes, an increase (fish/angler), each one hard caught. In summary, slim pickings. Nobody told the serious size fish to turn up just check the weight points tally.

In total 42 fish caught of which 38 were whiting, two rockling and two dabs giving a total weight of 15lbs 9ozs (746 weight points). Biggest flat was a 25ch Dab caught by Stephen Medlar from peg 5, and the biggest round was a 33cm whiting caught by John Spalton peg 8.

But that being said the night fell to Nathan Drewery and Stephen Medlar fishing on pegs 9 and 5 who pulled in a mighty 22 fish with 200 and 182 weight points respectively.

See the overall results to see how tough it was for the rest of us. Did I also mention that it was very cold and breezy. But what else is there to do on a Monday evening in November? 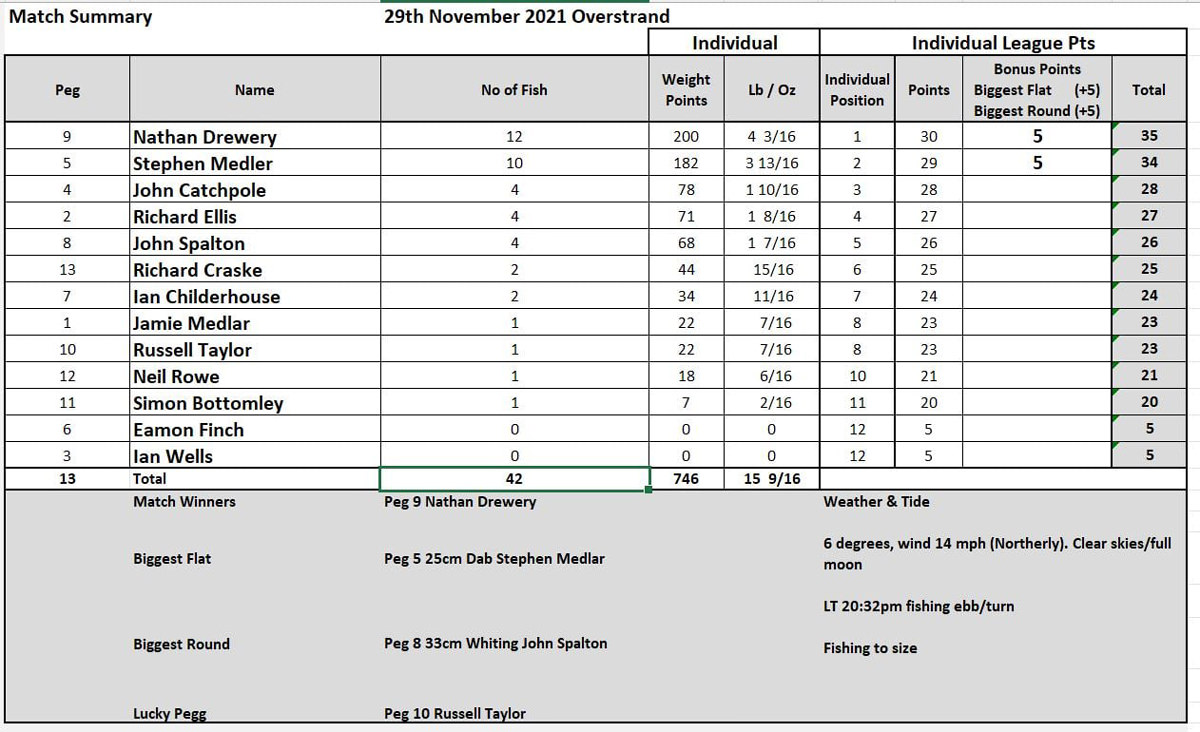 Pleased to see you back Richard and beating your 2014 last match score. See you next week.

If you want to see your previous mentions in report use the search function in Norfolk Angling Club | Norfolk’s Premier Angling Club and input your name for your own personal record.

Good luck to the NAC A & B teams fishing the Team of 5 matches on Sunday.

Look out for the Walking with the Wounded post for Norfolk Angling Club Christmas Charity Appeal which has been enhanced by a donation of some top tackle. Expected to be issued Wednesday.