Metres Of Fish In The Bev Faithfull Shield

The latest Skegness Pier Angling Club (SPAC) match was held on Saturday 26th October from 4 till 8pm. The match was originally scheduled to be fished at Trunch Lane. But our fellow sea anglers from the Sea Anglers Match Federation (SAMF) had chosen to use the popular venue for both days of their national Winter Pairs competition; so it was decided to move our smaller unpegged event to the deep beach in front of Winthorpe Avenue.

The match was the first to be fished in memory of SPAC stalwart and long serving treasurer Bev Faithfull, who sadly passed away in 2017. Bev’s family had bought a new shield to be fished for annually and also kindly donated some prizes for a raffle to be held on the day. Considering that some of our members were fishing the SAMF match, that others had family commitments and despite the poor weather forecast, there was a pleasing turnout of 12 anglers. 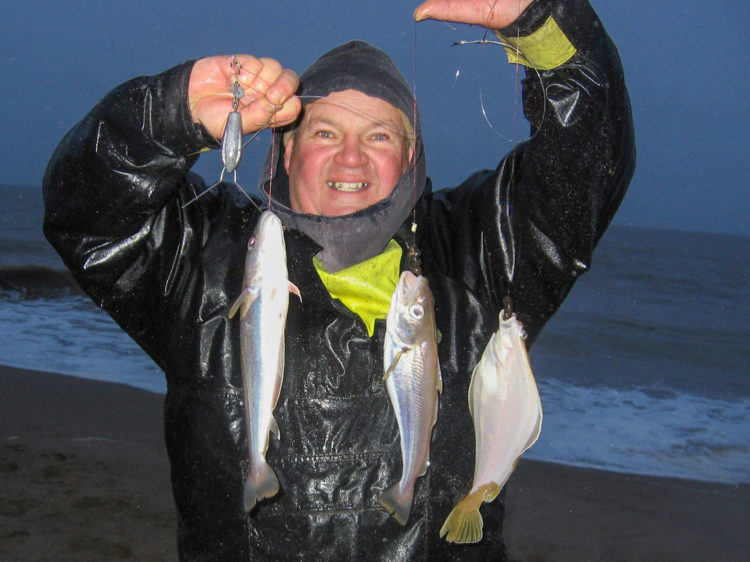 Match winner Dave Shorthouse with one of his triple shots

The weather was pretty atrocious, with a northerly wind and driving rain. But sea conditions were ideal and everyone was in good spirits as they paid their match fees, donned waterproofs, then made their way to favourite hotspots on the beach. Very soon beach shelters were erected along the beach, tackle was assembled and bait prepared ready for the off.

Winthorpe has been fishing well of late and rods were soon knocking, with Josh Collier and Mark Lawson soon into fish straight in front of the ice cream kiosk. Further along to the south, whiting and flatties started to come ashore from all distances, with the better fish appearing to be further out. Rick Jarvis had a cracking bite first cast; but instead of the hoped for bass or cod, the culprit proved to be a 41cm (1lb 3oz) whiting. 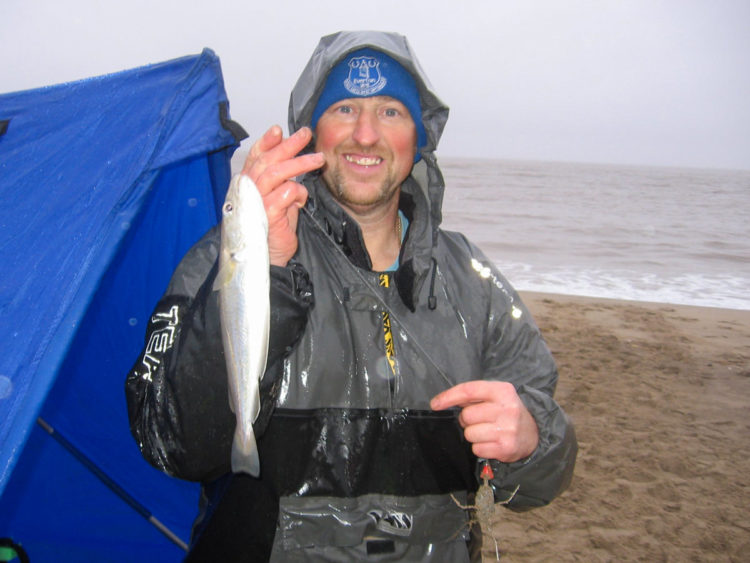 Top match angler Dave Shorthouse had made the long journey from Stafford to fish and was soon into his stride, pulling out fish after fish at distance. But “hound magnet” Adie Cooper was struggling a bit, dropping a couple of fish off just beyond the breakers and he was soon falling behind the anglers around him. He never stops working though and you write Adie off at your peril!

Paul Marshall and Dave Burr were also catching well and Dave was soon on 2m. But unfortunately he was struggling with a shoulder injury and despite giving it his best, in the end it proved too painful to cast, so he packed in with just over an hour of the match gone. At the south end of the match stretch, Tracy Sutherland was fishing her first ever SPAC match and had been pulling out a succession of dabs at close range, putting her well in front of her partner, Tony Holmes.

Fish were coming out all along, with everyone catching well. But Dave Shorthouse appeared to be building up an unassailable lead, pulling out a succession of double and triple shots of fish at peak distance. But as darkness fell, with the rain stopping, the wind easing and the tide starting to ebb, suddenly Adie switched into gear and it was game on. Casting as far as he could, leaving just six minutes between each cast, he was soon filling his card with whiting and dabs. 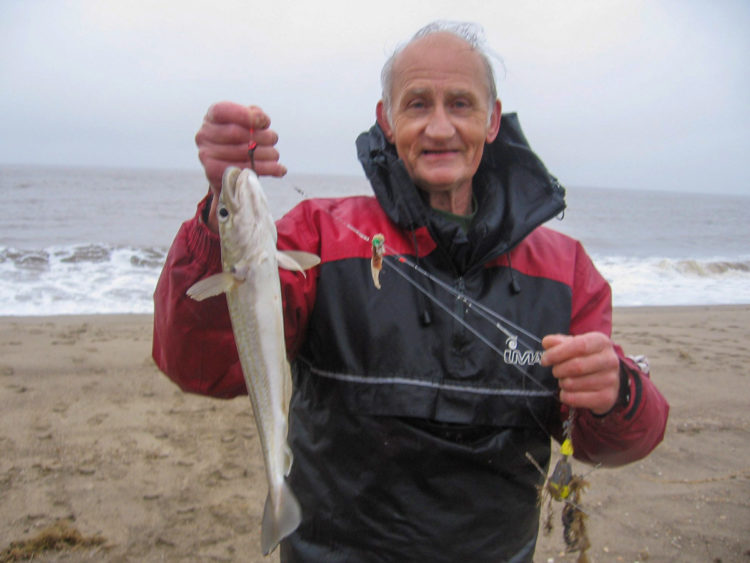 But despite Adie’s best efforts, it was Dave Shorthouse who ran out as the very first winner of the Bev Faithfull Shield, with 30 whiting and 10 dabs measuring 1166cm in total. After an amazing fightback, the dropped fish at the start of the match cost Adie dear, as he ended up just 15cm behind Dave, with a 38 fish mixed bag for 1151cm. Rick Jarvis worked hard throughout the match and was rewarded with third place, catching 30 fish for 870cm.

Tracy fished really well to end up with 23 fish for 565cm and over 2m in front of her partner Tony. But Tony had some consolation by winning the longest flatfish prize with a 33cm flounder. Mark Lawson managed to catch a couple of lesser spotted dogfish at close range in the gulley on big lumps of squid; winning the longest round fish with the larger of the two, which hit the measure at 52cm. 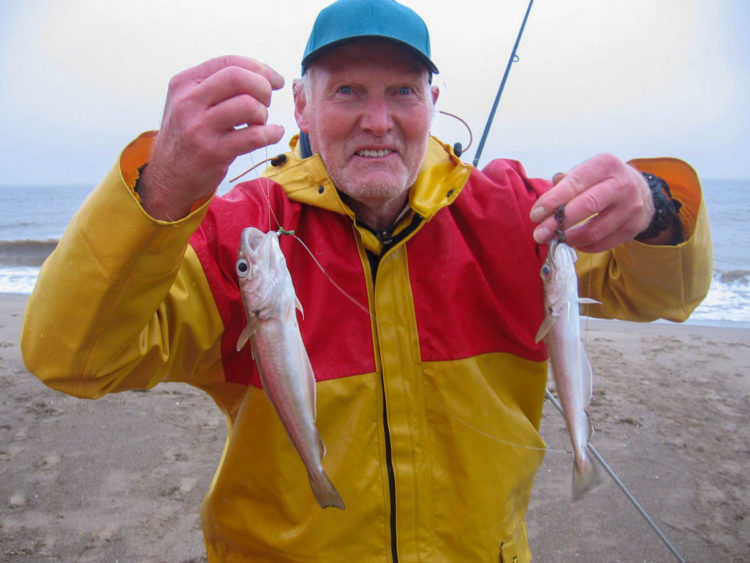 So after the highs of the last SPAC match, this one turned out to be even better and fully justified the choice of venue. In all there were 285 fish caught, consisting of 188 whiting, 91 dabs, three rockling, two LSD and amazingly, just one flounder!

A big “thank you” goes to everyone for turning up and making it a special match in Bev’s memory. In particular to the Faithfull family for their support and for coming along to present the shield to the winner. Thank you also to all those that donated raffle prizes. I am hoping to make next years memorial match even better, so watch this space! 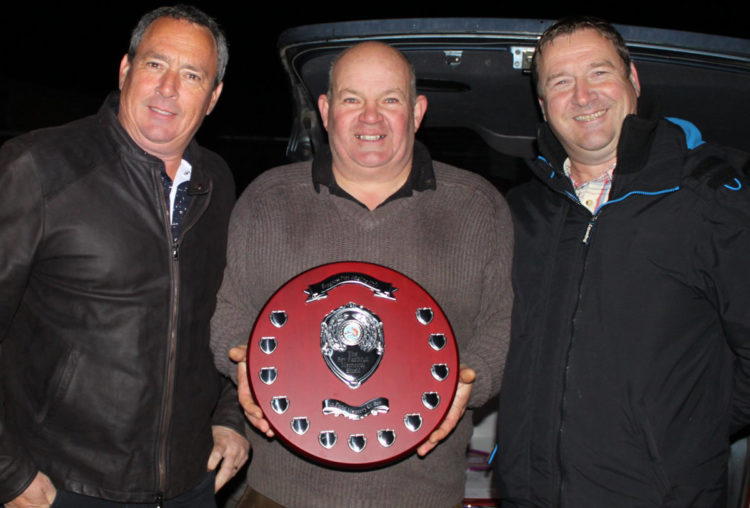 Next SPAC match will be held on Saturday 9th November from 2:30 till 6:30pm at Huttoft Car Terrace. The match is open to all and Club members will be fishing for the Dutton Cup. This is a “new” venue for the Club as we haven’t fished there during my tenure as Secretary, so hopefully there will be plenty of fish about!

Please pass on to those not on Facebook and please contact SPAC Secretary Chas Tibble on 07984 967988 or chastibble@hotmail.com for further details

Wet And Windy Week On The Fylde Coast