The latest Skegness Pier Angling Club (SPAC) open match was held yesterday, Saturday 10th August from 3 till 7pm at Winthorpe Avenue. The venue has been fishing well for smoothhounds of late; but the low turnout of 10 anglers met challenging conditions of gale force south westerly wind and a troubled sea, with white horses as far as the eye could see. However, we were fishing four hours down the tide and once the tide had turned, the sea calmed off a bit.

Once on the beach, conditions were quite horrible, with everyone getting a good sandblasting from the strong wind. But at least the sun was shining and it wasn’t quite so bad once those who had beach buddies managed to get them up, then get some shelter behind them. 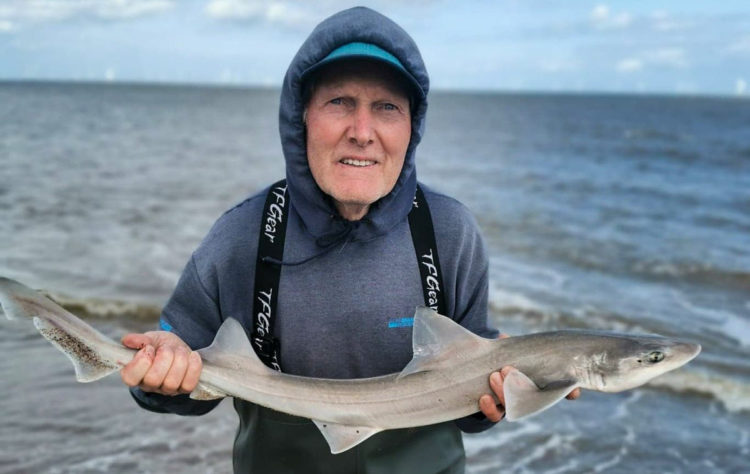 It didn’t look very promising for hounds, but amazingly the hard fighting small sharks were there from the off, with SPAC President Alan Steadman landing one of 87cm first cast. Dave Burr fishing next to Alan soon had a strong bite and pulled in a 102cm beauty, whilst Alan then lost one of similar size when his hooks pulled close in.

Further to the north “hound magnet” Adie Cooper was struggling at the start, but soon came up trumps with a decent hound. Kev Warner was also soon into his stride fishing the deep gulley off the end of Winthorpe Ave, catching a bass and a couple of flatties close in on lug baited flappers. Rick Jarvis was also showcasing his flattie catching skills, catching a succession of flounders, also at close range. 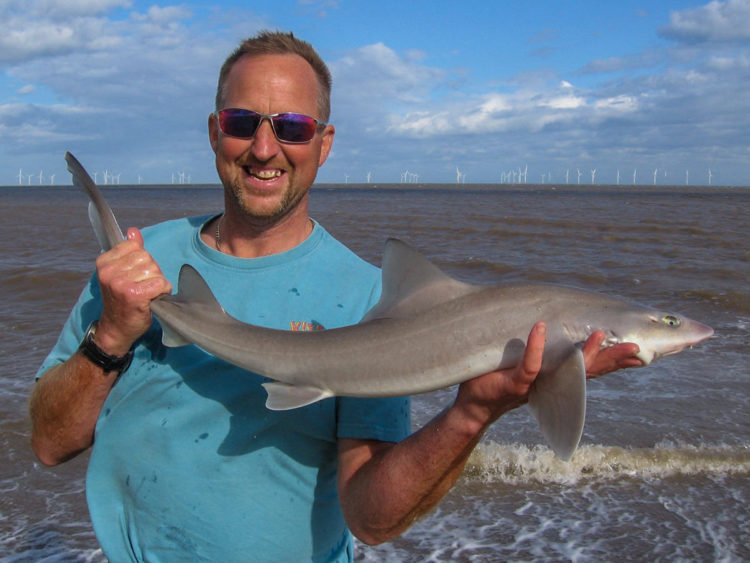 As is often the case, the match turned into a ding dong battle between Alan and Adie, with both of them catching hounds at distance. But on this occasion it was Alan who came up trumps, catching two hounds in the last half hour and winning the Beachcomber Trophy with five hounds measuring 465cm in total. Adie struggled late on, taking second place with three hounds and a silver eel for 318cm. The silver eel just put him in front of Kev Warner, who fished brilliantly, ending up with no hounds, but a mixed bag of 10 fish for 312cm. 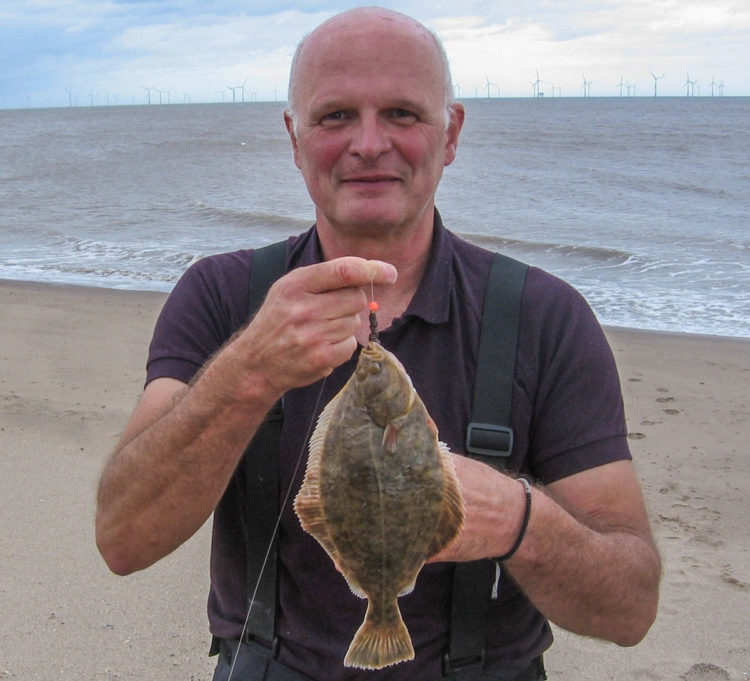 So an excellent match compared to the last one. There were 40 fish caught this time, consisting of 12 hounds, 17 flounders, six silver eels, two weevers, one whiting, one dab and a solitary bass, all of which were returned to the sea alive. 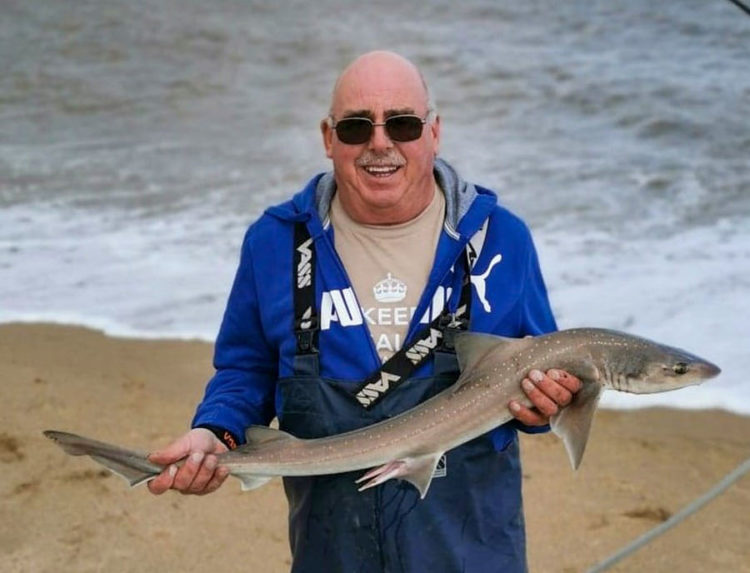 Dave Burr with the longest round fish 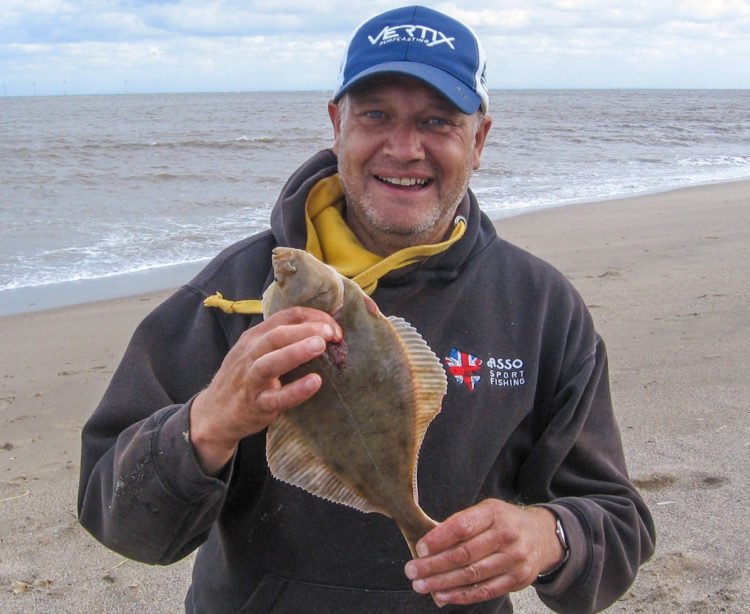 Ian Nelson with the longest flatfish

The next SPAC match will be held this coming Saturday 17th August from 4:30 till 8:30pm at North Shore Road. The match is open to all and SPAC members will be fishing for the Dave White Cup. Please pass on to those not on Facebook and please contact SPAC Secretary Chas Tibble on 07984 967988 or chastibble@hotmail.com for further details.