Dogs and Whiting On Lancashire Coast

Lots of people are fishing the Lancashire area at present and plenty being caught, unfortunately it’s mainly dogfish and whiting.

Matt Baker enjoyed a good night at Heysham using frozen black lug, frozen mackerel, and a fresh whiting that he caught for bait. Matt used a pennel pulley far out and a three hook flapper close in.

He was hammered by doggies from the offset. By the time he had baited up a spare rig the other rod was twitching. By the end of the night Matt landed eight dogfish, some putting up a hell of a fight, a tope and a whiting, despite missing a few strikes too.

Things slowed down about half an hour or so after high tide. The guy next to me pretty much matched me catch for catch. Bringing in the same species at about the same time too, until he brought in a nice bass on fresh blow lug at the end. Sadly Matt didn’t follow suit, but he enjoyed the best night’s fishing he’d had in years. 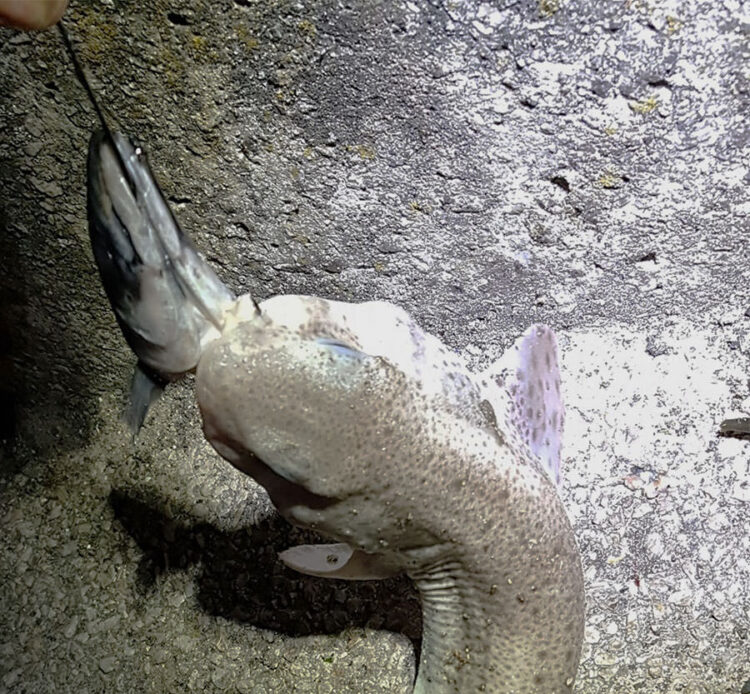 A hungry dog for Matt Baker

Dave Brown was out again and had a quiet start but after 45 minutes started catching whiting and doggies almost every cast including two doubles on a pennel. On his second to last cast Dave had a good pull down bite, struck into a good fish, probably a ray or huss but after 20 seconds it was gone. The wind dropped right off so a lovely night, Dave was still catching 2 hours after high but had to go.

Wyre Boat Angling Club member Steve Morgan was out in the boat this week with his mate. It was an absolutely beautiful day afloat. They fished the Shell first but it wasn’t productive so they moved along the channel and changed colours on their jigs. They finished with seven bass, with five in size and two smaller fish. The biggest weighed on the boat was 7½lb and all were released unharmed. 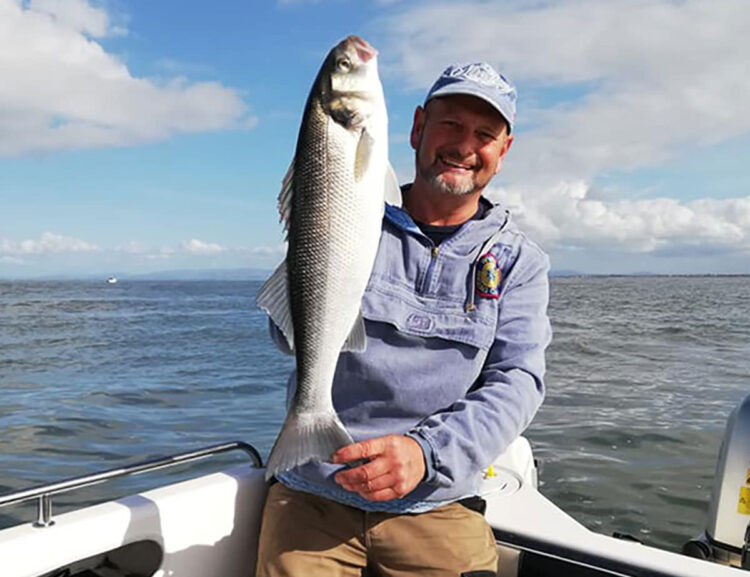 Steve Morgan with the best bass

Fleetwood and District Angling Club fished their latest evening match between Beach Road and Rossall Point. With two hours of the match being in the dark it was hoped a few fish would turn up.

Unfortunately with a northerly wind expectations were not as high as they should have been.

A northerly wind gives clear water, which is not good for cod fishing, but hopefully a few whiting would turn up.

About half the 21 anglers caught fish, as is often the case at Beach Road most of the fish were caught in the last forty five minutes, all whiting apart from a solitary bass and a couple of flounder.

All the normal baits took a few fish.

Congratulations to Dave Norton who was too angler in the day.

Next Sunday’s match will be at Five Bar Gate.