Cod For Tea On Lancashire Coast

Cod for tea? Now is the time with many anglers finding some good sized fish.

The sea fishing is still extremely active with a huge amount of whiting at the moment along with dogfish, small bass and codling.

The codling certainly seem to have made an appearance again this week with Wayne Forshaw having a fantastic six and a half pounder and the pier producing some to around 4lb. I do need to remind you though that the pier is members only. We have also seen a few thornback rays appear along the coast but mainly on the Gynn wall. 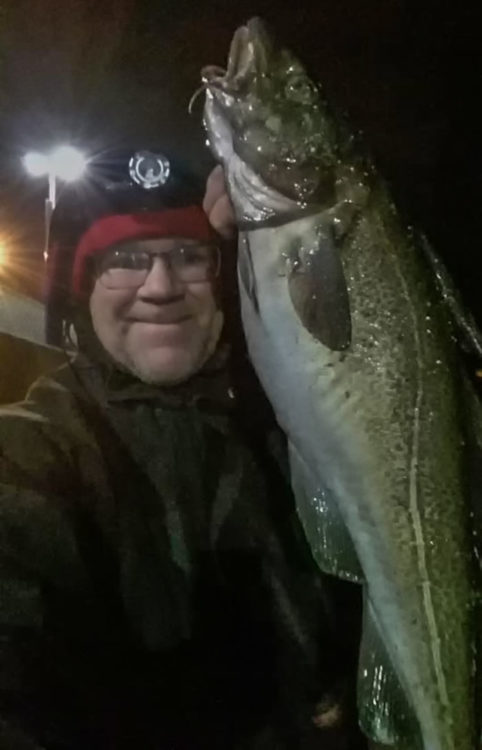 Wayne Forshaw with a cracking cod

Squid and mackerel wraps have dominated the fishing the last couple of weeks. Fished on either a pulley rig with either a single of or pennel style with 3/0 hooks. 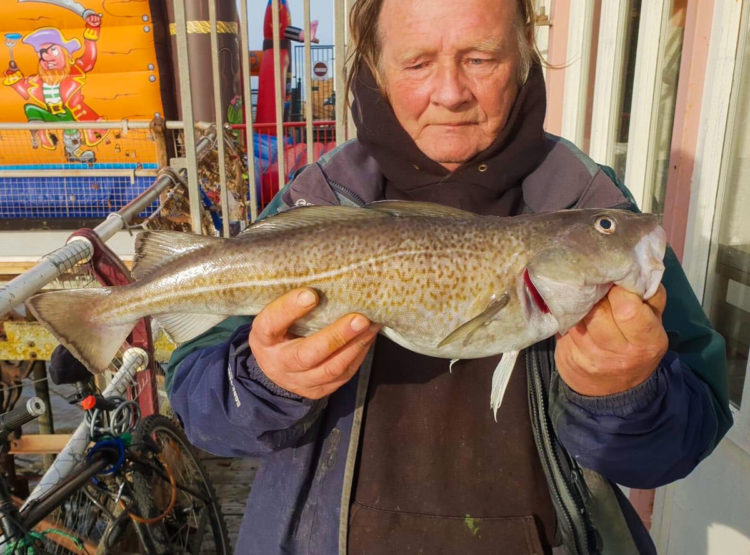 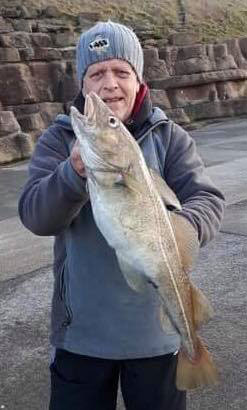 Mick Parkin fished the Sea Cadets on Saturday and had a brilliant day with over 20 whiting landed, the majority over 30cm and a doggie. All fish were caught on fish baits and worm.

Carl Lawton enjoyed a cracking day at Fleetwood where he fished two and half hours up and two hours of the ebb. Within 25 mins of setting up the whiting went in to a frenzy, two at a time on every cast up to high water. He then had his target codling and on the ebb the whiting came back together with a couple of dogfish. Carl finished the day with 18 whiting, a codling and two doggies all on bait from Bispham angling.