We ended August with another flurry of smoothhound; we get a late run towards the end of Aug early September however most of these hounds tend to be on the smaller side, with the largest around 8lb, in comparison to the smoothies reaching 20lb during the early season in Holyhead. Never the less, anglers can have great sport on light tackle as Carl Burns proved by landing four hounds during one blustery trip aboard My Way. 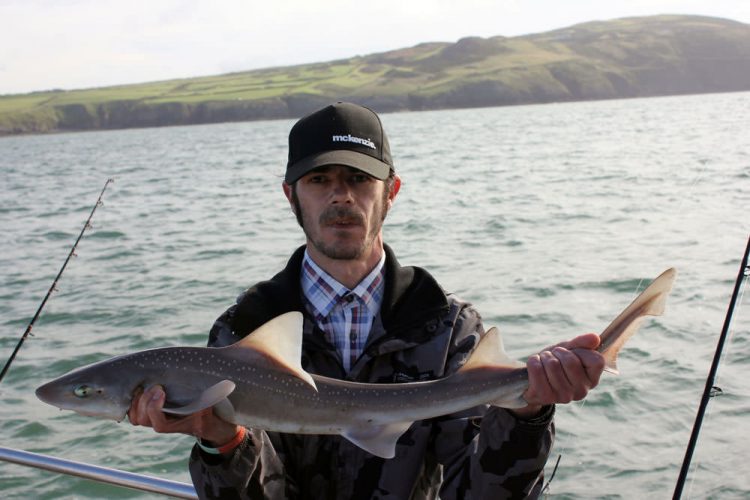 Sadly, it’s been a windy start to September once again this year, with the vast majority of trips being cancelled owing to the tail end of the latest hurricane moving over the Atlantic. The month started with members of the Skegness Angling Club making the trek across the UK, to fish aboard My Way with an additional five members also booking spaces aboard Spindrift. We spent the majority of the morning at anchor in Church Bay and the Mussel beds slightly to the west. My crew, made up of anglers and novices to boat fishing were rewarded with plenty of fish. The majority of the catches consisted of doggies, whiting, dab, codling, gurnards together with the odd huss. Taking account of the lack of experience of the anglers and the weather conditions consistent catches were enjoyed during these sessions. 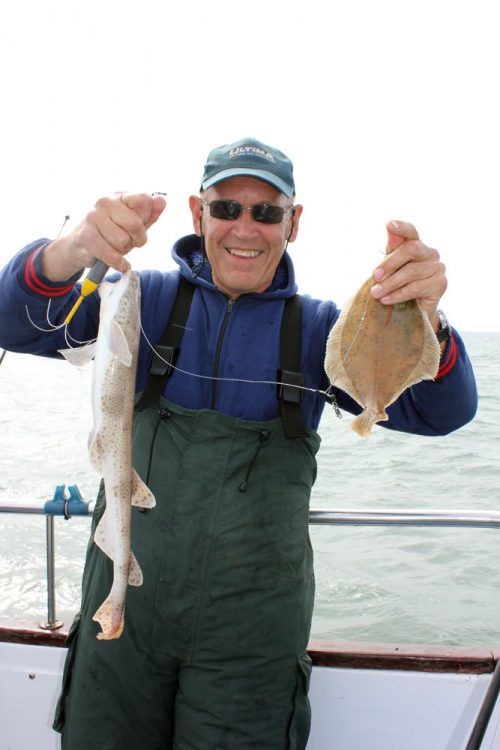 By lunchtime the wind had increased dramatically and with a 30mph due south blowing, we headed for the shelter of Holyhead Mountain and dropped anchor within Porth Namarch where again the catches over high water consisted of dogs, whiting and bull huss. Undeterred the crew soldiered on only stopping to tuck into sausages, bacon and eggs for lunch. Once the tidal flow had eased we upped anchor and drifted the Chair Rock and North Stack rock ledges, here the anglers caught an abundance of wrasse, ballans, cuckoos and corkwings together with the odd pollack.

The weather for a few years now has left anglers in challenging situations on many occasions, but if you’re prepared to take the rough with the smooth, test yourself and accept some days don’t quite go to plan great fun can be had. As Neil, a member of the Skegness club reported, “Our shore fishing club had chartered My Way for a day’s general fishing which we were all really looking forward to the trip and Gethyn did not disappoint us. Though the weather was challenging, our skipper put us over the fish all throughout the day. Our species tally was ten plus with some good sized wrasse and bull huss among them. Good quality gear was available to use if needed. Tea and coffee were plentiful and a cooked lunch at anchor after a good morning’s catching, many thanks to Gethyn for a great day”. 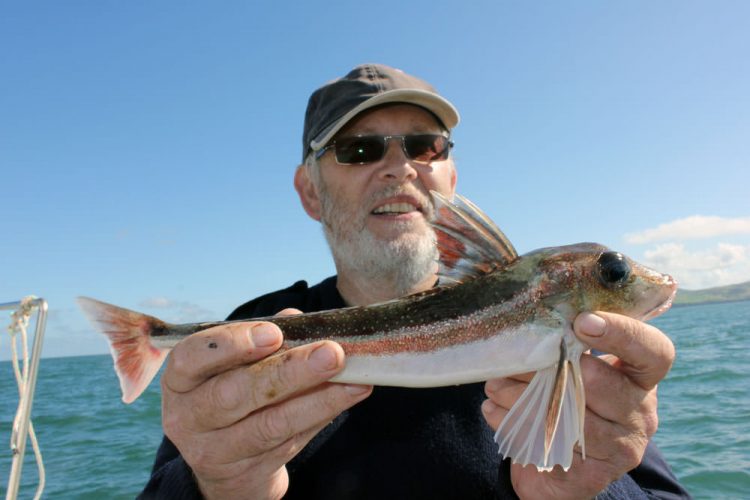 The few trips that we have been able to get out have produced similar mixed fishing with the bull huss being the only double figure captures. Some of decent whiting have been around reaching a good size for Holyhead in the summer. These usually appear in mid-August and last for around a month, many anglers have taken a good bag of 1½ lb whiting home for supper. 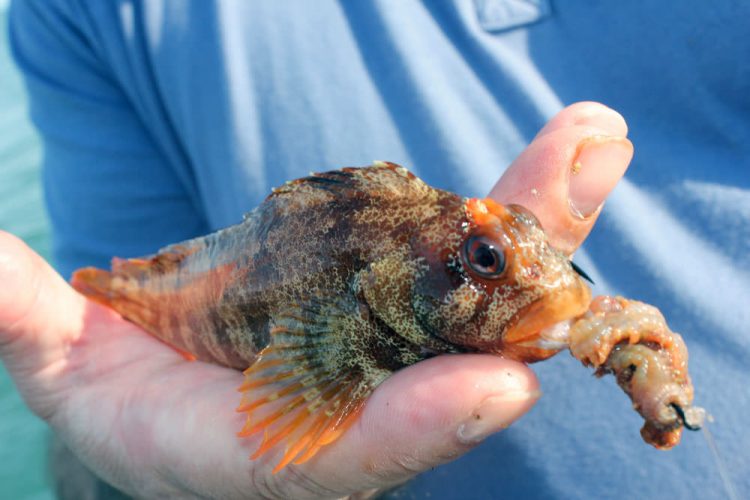 Possibly the best capture for My Way in September has been our third new species of the year. While we regularly get mini species such as the blennie the leopard spotted goby is quite possibly the smallest specie that we’ve landed so far, but one that created great excitement for myself and captor Ari Jones. Fortunately, although the photo was a little blurry the wonders of the internet helped identify the new species.