The weather has played a major part in the fishing all over the UK as from mid-March to date the water temperatures have remained unseasonably low compared to previous years. This coupled with a relentless barrage of strong winds has meant that it has been difficult to get out to sea and put any sort of run together.

During early April, My Way managed to sneak out to the Holyhead Deep after several cancellations and with a good group of regulars, we sailed around the coast looking for herring or pollack to supplement our frozen baits for our spurdog and huss hunt. Sadly, none of them wanted to help us out but a move to anchor finally saw a few doggies, together with the odd codling and whiting come aboard. 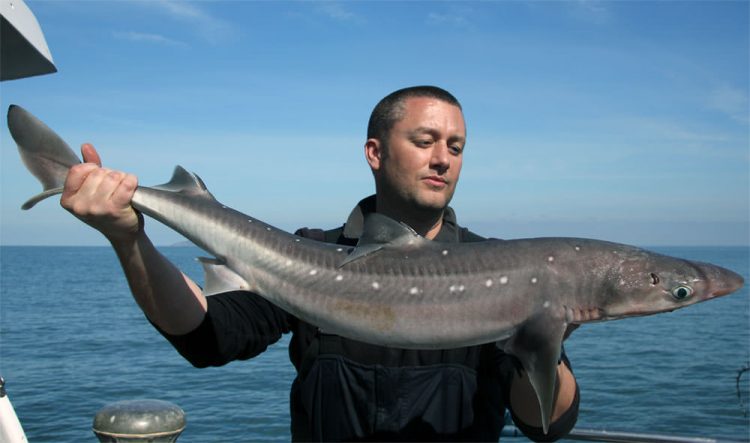 We had a fair number of bull huss; sadly they were the smallest huss I had ever seen, with the largest smaller than a standard LSD. The deep was sadly hard work also although Ian Thomo landed his first ever spur of 14lb 6oz and Dave McRudden followed this up with another double towards the end of the day.

Normally April is a month that really gets going off Holyhead, with all manner of species moving in and some fantastic sport with spurdogs, huss and small pack tope arriving in the Deep. However, the early part of April was hard work; even the dogfish were showing signs of hibernation. 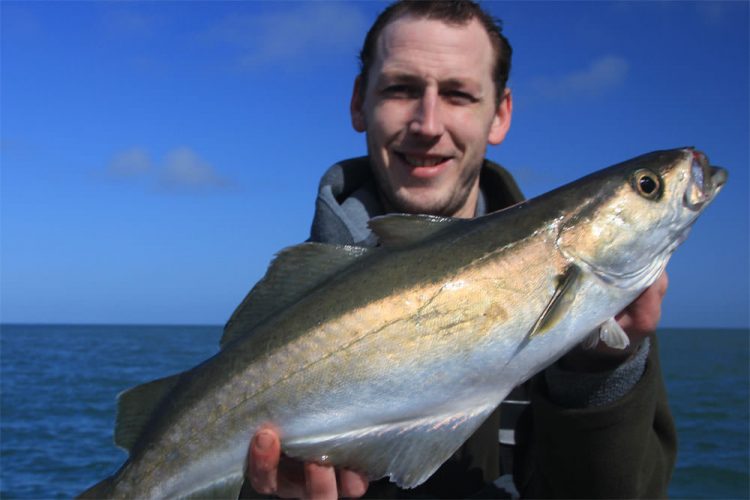 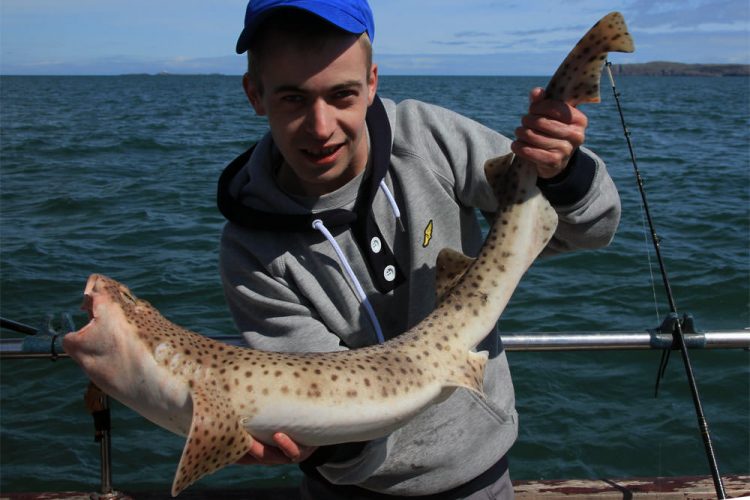 Towards the third week of April things started to pick up on the fish front, with quantity and more species moving in. This was when we managed another couple of days afloat, having cancelled numerous trips in between leaving both the anglers and me extremely frustrated. With a planned trip off to the Deeps restricted again by a strong NW breeze during a mid-April outing, our efforts centred on various marks within Holyhead Bay. The usual dogs, whiting, dabs, small huss, codling and others more showed up to snaffle the baits and help out some of the crew with their clubs on-going annual species hunt.

The following day the wind swung around to the south, and again was too strong to allow us to get to the deeper marks offshore so we drifted a few inshore marks around the Breakwater and adjacent rocky coast in search of early season pollack that move inshore. Thankfully the pollack had arrived, nothing too big, the best fish probably hitting 4lb, but with a fair number in the 2 to 4lb bracket. Chunky fillets filled a few buckets that headed home with the anglers for tea. Light tackle and 25 to 35 foot of water, makes for some great fun with these hard fighting fish. 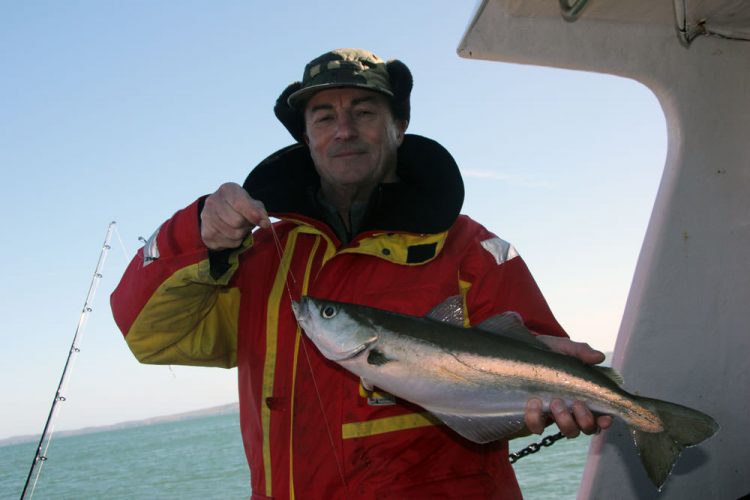 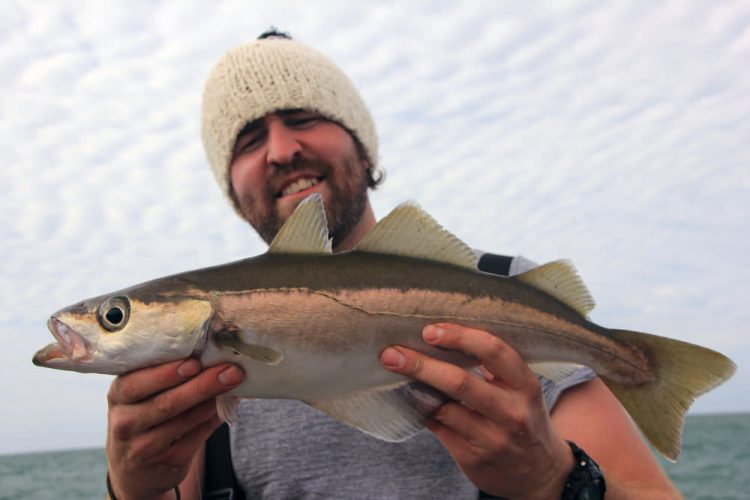 Sadly, the overall wind patterns remain unsettled for us at the moment and whilst colleagues on the south coast have experienced some fantastic calm seas, and hot days, we have had to dodge winds for the odd day or two afloat. On the plus side, things though are quickly improving, the waters are warming up, the crabs are starting to peel and more fish are moving into the bay with each passing day.

How to Tie a Shad Rig or Hopping Rig