July has arrived with an influx of bass. The 1st of July heralded a relaxation of the ban on retaining landed bass, although we are only allowed to keep one per session over the 42cm size limit. It has to be better than nothing.

The boats have seen plenty of bass caught this week, with fish to 8lb caught on a variety of baits and lures too. The Brightlingsea based Seawatch Charters has been among the bass this week. With clear seas the bass have been feeding together with thornback ray and some bigger smooth-hounds.

Private boats have also reported an increase in bass catches this week. Neil Marples took his own boat Milore out from Walton’s Titchmarsh Marina and fished just off the local coastline. He caught bass to 4lbs and thornbacks to 10lb and hooked a very large smooth-hound which was unfortunately lost at the side of his boat. 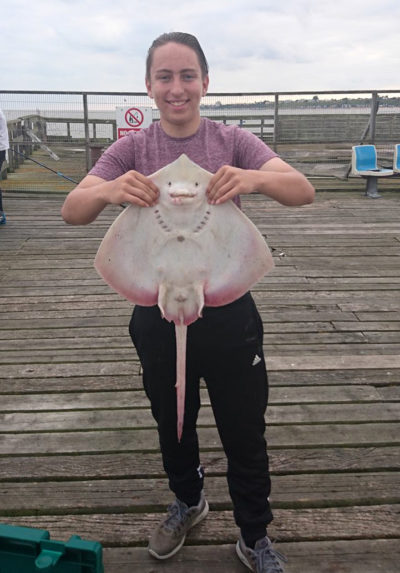 Mackerel are still showing although the shoals are sometimes hard to find but hopefully over the next month we will see the shoals building. Once again those bigger tope are feeding well, but travelling the distance to their off-shore areas is fuel prohibitive for most.

The beaches and piers have had a much better week with rays and bigger bass. Walton Pier has produced some good thornback ray this week with rays into double figures. Young Joshua Buist fished an evening tide at the end of the week and landed a fine ray weighing in at 6lbs caught on a whole squid bait.

My trip this week was to Walton Pier. I fished an ebb tide around the Lifeboat Station in breezy conditions with a jelly lure under the pier in the hope of bass and I was rewarded with a 5lb 8oz bass after only a few minutes of fishing. I had one other take much later in the tide from a bass around the same size, but unfortunately it didn’t want to be landed.

The Club Hut area on the lower part of the pier has also seen bass being caught, local angler Peter Harris landed 14 bass to 42 cm, also on the ebb tide.

If you fancy a trip for the bass, keep your hooks small, size one is big enough and ragworm will be the top bait. 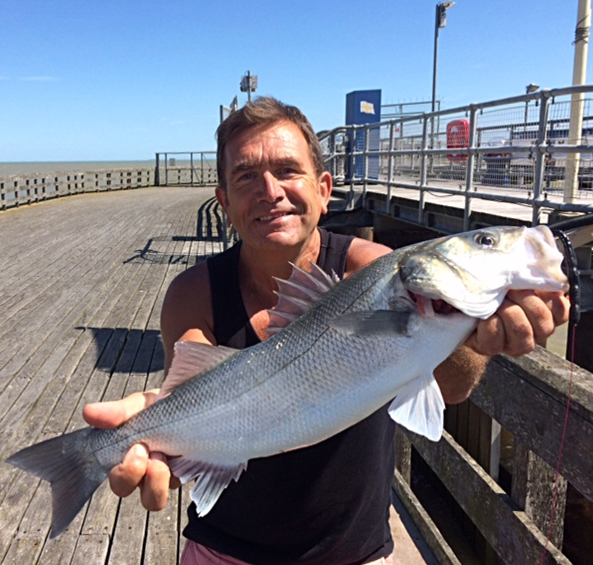 School bass are feeding well all along the Walton and Frinton coastline with a few sole now also being caught. Usually by this time of year we should be seeing a lot more bigger soles showing. It looks they might be slightly later this year.

Clacton Pier has slowed down on feeding thornback ray and dogfish but the bass catches have also increased here. Clacton angler Michael Lloyd had a weekend trip and reported bass and flounders.

The early morning tides here will produce bass to lures or ragworm baits,