I woke early this morning and with the sun shining headed down to the local rock ledges below Scrabster lighthouse for a few hours.

Gear organised the night before, I grabbed the rod bag and drove the three miles to Scrabster. A gentle stroll up past the lighthouse and a scramble over the rocks saw me on site. I set up my golden Grauvell rod and clipped on a two hook flapper.

It was when turning to bait up the hooks that I realised that I had left my Tronix bait chilling to defrost in the fridge at home! After lots of swearing targeted at my stupidity I put my mind to making the best of a bad start. 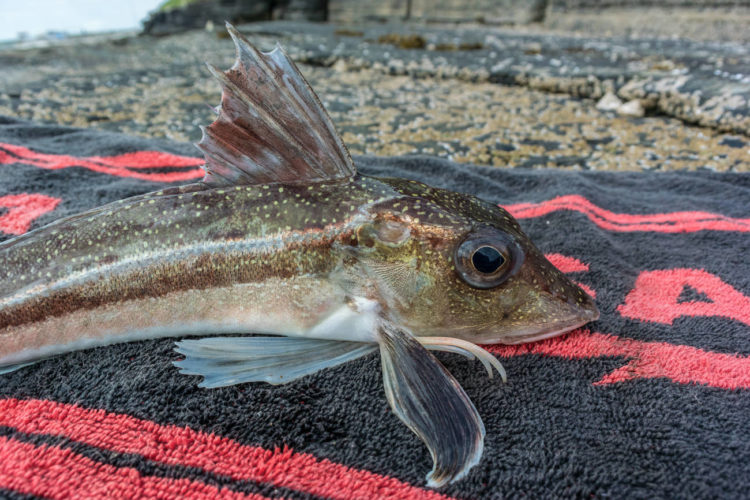 A grey gurnard which succumbed to limpet bait

I had half a dozen casts retrieving my flapper rig, hoping that a mackerel would be attracted to my red floating beads but to no avail. After considering a run home to pick up the bait I decided instead to to return to my fishing days as a bairn.

Limpets are one of the most populous shellfish on rocky shorelines and fortunately there were plenty adhering to the ledges among the barnacles. A swift, sharp kick soon had a couple exposed. If you don’t dislodge them with the first impact then they are almost impossible to remove without destroying the shell and meat. My knives were happily ensconced with the bait in the fridge so scissors were utilised to remove the chunky flesh from the conical shell. 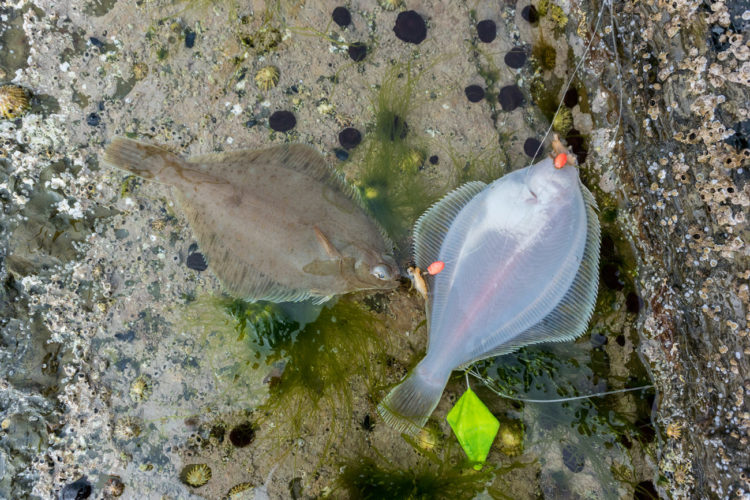 It had been decades since I seriously used limpets for bait, although older local anglers do use them successfully for haddock on the boat. Within seconds of the first cast settling on the seabed the tell tale rattles of dab activity was evident on the rod tip.

From then on the rod barely rested as the ravenous dabs tore into the shellfish baits, even gurnards joined the party.

One thing that did surprise me was that I had always considered the limpet to be a tough resilient bait, however the Scrabster dabs proved adept at stripping the hooks clean and avoiding the hook point. 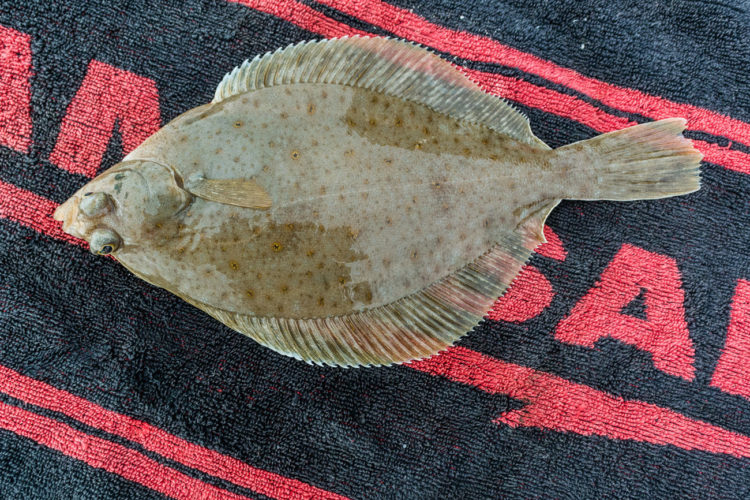 The old fashioned limpet saved my morning session. I did also whip a fillet off the underside of one of the dabs and discovered that the grey gurnard is partial to a strip of flatfish. In addition the small, veracious flatfish proved to be cannibals as they also picked up the fish bait hooks.