September arrives and it always seems to be a bumper time for the shore angler and this year is no exception. Bigger bass are now showing for the beach and pier angler along with whiting and dogfish.

The Clacton beaches have come into their own this week with thornbacks rays showing well. Matt Clark has been catching rays between 4lb-7lbs.

Clacton Pier has had a very good week with some big bass being caught. Clacton angler Gary Coward only fished the pier for a couple of hours after work, but in that time he landed two big bass, both caught on squid. 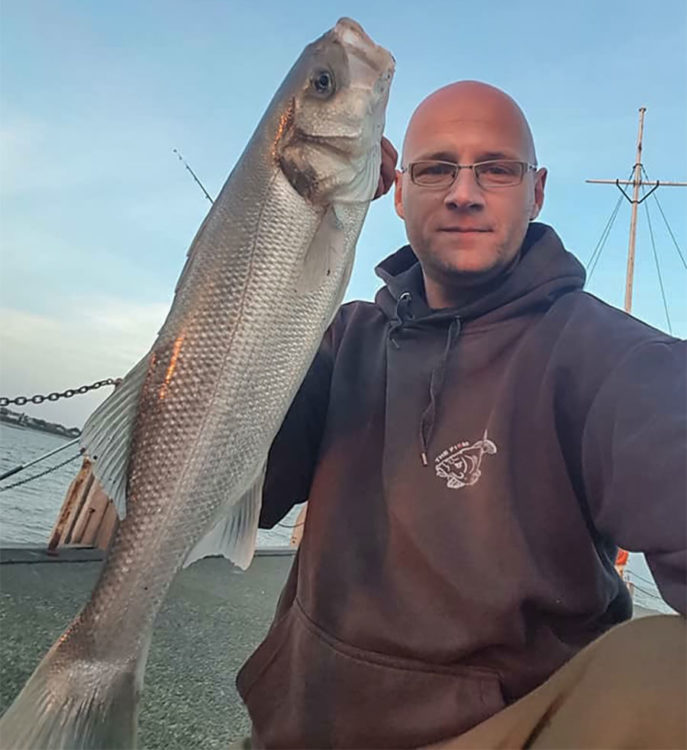 Gary Coward with his biggest bass caught from Clacton Pier on a squid bait.

Thornback ray have also returned with rays to 7lbs reported, along with dogfish and whiting after dark.

Once again St Osyth beach has seen a return of the thornback rays this week, they are not there on all tides, but get it right and there is great sport to be had.

The Holland beaches is also a good venue to head for if you fancy catching a ray. The last three hours of the ebb and the first two hours of the flood tide will fish best to optimise your chances of catching one. School bass are also feeding well here.

Walton Pier continues in the same vein with bass feeding between the piles and thornback rays from stem and top of the pier, the evening tides are fishing best here.

Walton Sea Angling Club held their latest evening match here, and they fished the last of the flood tide and just over high water. Most anglers opted to fish the bottom of the pier in the hope of winning sole prize which had been a roll-over from previous competitions. A few anglers headed for the top of he pier hoping for thornback ray. 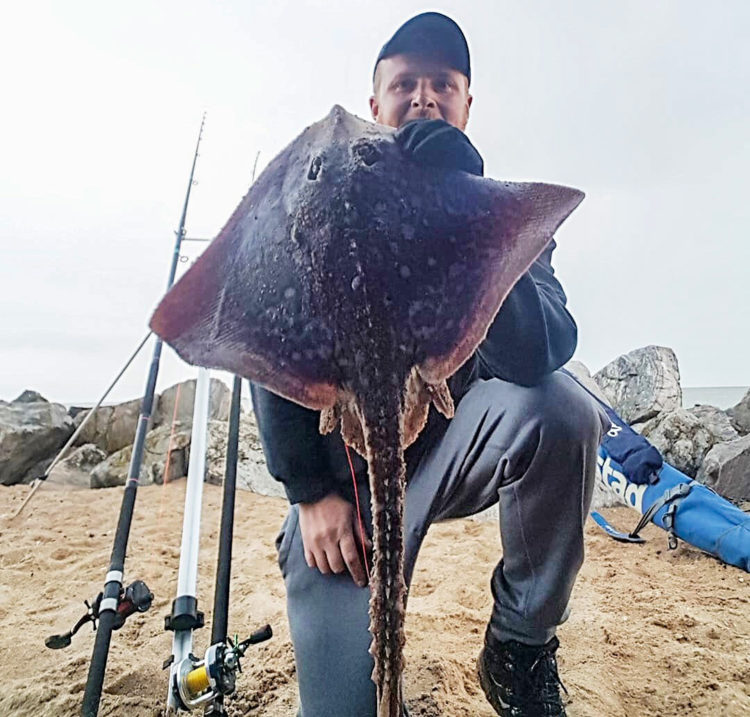 Local angler Matt Clark with a thornback ray from the Clacton beaches.

The fishing was slow and no thornback ray were caught, but whiting, dogfish, eels and rockling were prevalent. First place went to Rob Tuck with four dogfish and eight whiting for 6lb 14oz, Rob also won the heaviest round fish prize with a 1lb 3oz dogfish. Second spot went to Bill Paquette with four fish for 2lb 2oz and third placed Doug Sadler had four fish for a 1lb which included the heaviest sole.