The 1st Angling Trust National Boat competition was fished at Minehead in the Bristol Channel on the 11-12th June 2010 and hosted by the Severn Division. The organisers had booked good weather well in advance and for once it turned up!

Catch and release, points per species, and bait restricted to ragworm, mackerel, squid, crab and sandeel were the rules for the competition. With water temperatures improving after an unusually cold winter, the fishing prospects had recently improved and the boat skippers had reported better recently.

Fishing in the Bristol Channel is a challenge for anglers with strong tides and shallow, coloured water testing even the very best rod. The channel though is a massive feeding zone attracting different migratory fish according to season. The strong tides restricted the boat mainly to the inshore waters apart from the occasional foray out to the harder ground around the period of slack water. 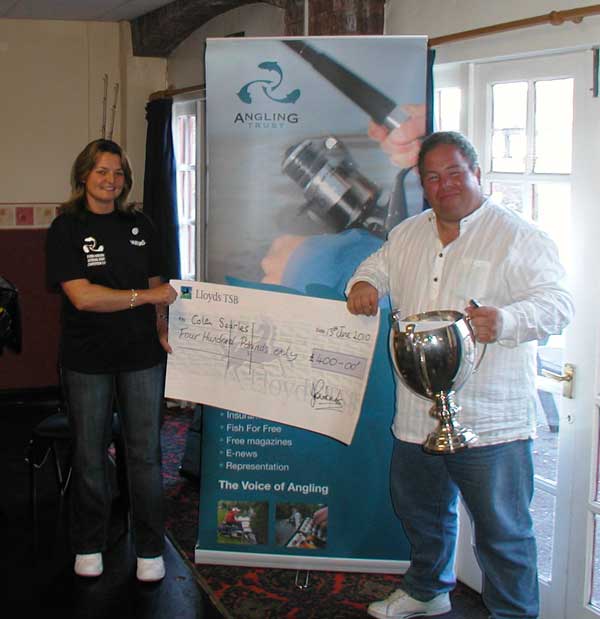 Day one saw a light north westerly breeze and plenty of sunshine for the anglers as they assembled on the quayside adjacent to the Ship Aground Hotel, our headquarters for the event. The vessels steamed down channel into Porlock Bay, relatively close to shore and the fishing commenced with the standard species for the location, poor cod, pout and dogfish putting in an early appearance. After a quieter spell all the boats bar one moved off to try fresh areas. Before long most were well spread with the very experienced skippers doing their level best to put anglers in the right spot. The main event took place on each boat with good humour, sharp wit and the occasional fish being the order of service. The anglers had to work hard for their fish, this is not a venue where success is achieved by hanging a bait down the side of the boat and those willing to cast and uptide showed at the top of the list.

When the results from the first day were posted in the Ship Aground that evening it was obvious that the boat which had stuck it out in Porlock Bay for most of the day had made the correct decision. As well as having the best catch on the day Cliff Newbold, had stormed the fishing with a massive total in a superb exhibition of angling, reducing the second placed person to 68% of his total. The other boat winners were Colin Searles, Dave Mann and Rolf Marshalek.

Day two weather repeated day one. The areas in Porlock Bay that had produced for the successful boat were now congested with four vessels, all seeking the elusive quary. Unfortunately the fish had obviously had enough and catch returns were lower than the previous day. Again the boats dispersed to their favourite alternative locations as the tide slackened. Species over the harder ground changed from those in Porlock Bay to the more substantial rays, eels, smoothounds and the omnipresent dogfish, but as is nearly always the case here the fishing dropped off with the advent of the flood tide.

On return the results were calculated as quickly as possible and the presentation commenced under the watchful eye of Geoff Knight, AT Competition Secretary and Avril Withyman, Severn Division Chairperson. Two anglers had recorded a boat win on each day and Colin Searles came out on top on numbers of fish count back with Rolf Marshalek in close second. Third place was awarded to Dave Mann after his boat win on day one and a strong performance on day two followed by Cliff Newbold and Andy Deavin.

Many thanks to all those who took part, some travelling from as far afield as north east England and the north of Wales to compete. Your company, good humour and friendship was appreciated for the two days and we hopefully look forward to a repeat performance next year.