A touch of Spring in the air and it’s all change on the angling front with the sudden arrival of the thornback ray.  Boats and shore anglers alike are enjoying the great sport that these heavyweights can provide.

On the cod front, still not much sign of the Spring run starting, although there are a few very small fish to be caught.  Clacton Boat Club members Kevin Scrivener and Marty Smyth took their boat “Blippy” further afield this week and launched from the Suffolk Orford shoreline in search of the elusive cod.  However, they are also few and far between in this area as well and all they could find were a few small whiting.

Dave Hollands and Rocky Rochelle launched from the Gunfleet Boat Club on the Holland beaches; they reported a good catch of rays as well as the first bass of the new season.

My trip this week was also down to the Holland beaches to meet up with fishing mate Mark Oxley and it turned out to be a red-letter day for both of us.  We fished a daytime flood tide and in 3 hours we had landed over 15 thornback ray between us.  The best bait on the day was bluey and squid. 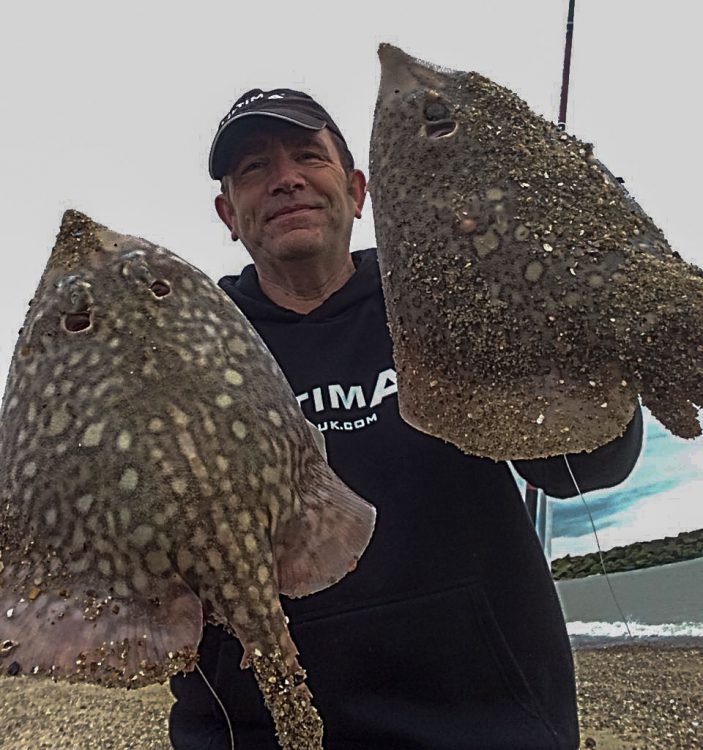 The St Osyth beaches have also come into form with rays and a few small bass being caught from the bays in between the rocky breakwaters and up to the nature reserve area.

Walton Sea Angling Club held their latest match on the Holland beaches.   10 anglers fished and hopes were high with reports of good catches of rays caught the day before.  They fished an evening ebb tide on a warm evening but with a strong side wind blowing.

The Frinton beaches have been slow this week but it will be only a matter of time before the rays and the first of the bass will turn up here as well.

Walton Pier has seen the first run of dogfish this week along with small codling and some bigger whiting being caught, the rays have still to arrive here but it also won’t be long before they reach the head of the pier.

Colchester Sea Angling Club are always open to new members, they hold beach and boat competitions plus general fishing get togethers. Their meetings are held on the first Tuesday of every month  at the Grapes Public House, Mersea Road, Colchester and all are welcome.  Alternatively you can contact Mark Sessions 01206 6768631.

Light Tackle Fishing from the Beach