To be honest, this week is all about the lack of fish on our part of the coast. As I have written about in the last few weeks the herring shoals and now the sprats moving into the Thames estuary have caused massive problems for the boat and beach angler alike. That combined with high winds has made most of the week a bit of a write-off. Those boats that have put to sea have struggled to find any cod, but thornback rays and dogfish are still showing in decent numbers. 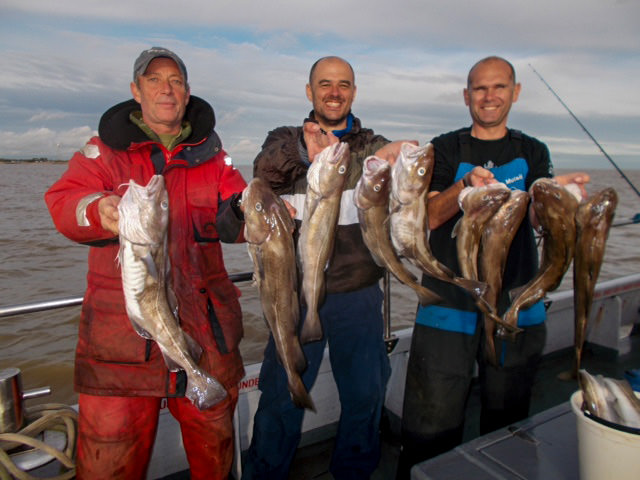 For the third year running the Brightlingsea based charter boat The Sophie Lea was the winning boat.

Boats out of Bradwell took advantage of the off shore wind at the weekend and a few codling were found with fish to 7lbs although they were still at a premium. They also found rays still feeding although the first of the winter frosts arrived this week and this could send the rays into deeper waters.

The beaches and piers have had a mediocre week with the odd codling, ray and dogfish being caught. Colchester angler Paul Packman headed for Walton Pier for a session fishing into darkness. He reported that there are still plenty of whiting to be caught and a few dogfish. He also managed to find a couple of those elusive codling, the biggest weighing in at 3½lb and a thornback ray of 7lb 3oz.

The Walton beaches are still showing late bass and whiting on the ebb tides, for a chance of a big bass chuck out a large squid bait as this sorts out those bigger fish. The Frinton beaches are still seeing lots of whiting, but once again here those codling have all but disappeared. With a good off shore wind on the Holland and Clacton beaches at the weekend it looked like the fishing would be good, but unfortunately once again here those winter cod have moved far off shore and are feeding on the herring and sprat shoals. Whiting, some dogfish and the odd bass seem to be the mainstay on these beaches.

To be honest this week hasn’t been the best that we have seen, but as we head toward Christmas it is not unusual for the fishing to become more difficult. There is always a chance of a very big cod turning up as they chase those big herring shoals and it’s just a case of being in the right place at the right time.

The tides for the weekend are Saturday 12.59pm and Sunday 1.23pm