What a strange climate we live in, last week I was reporting on the cold snap, with dropping temperatures and frosts. This week is all change, the wind has changed back round to the south pushing up warmer conditions and hey presto, we are now seeing temperatures into double figures. Which makes things that much more comfortable for us anglers if not for the fish.

Colchester Sea Angling Club headed for the new Clacton beaches for their latest weekend match. Conditions were bright and with a slight chop on the sea. 13 anglers fished and they reported that those hordes of small whiting seemed to have disappeared. Flounders, dabs, bass, rockling and just a few whiting were caught. In first place was Steve Yallop with 2lb 2oz followed by Martin Close in second with 1lb 15oz and Mark Sessions who weighed in 1lb 14oz. The heaviest flatfish, a flounder of 10oz fell to Martin Close and the heaviest round fish was a whiting of 5oz landed by Vic Pearce. 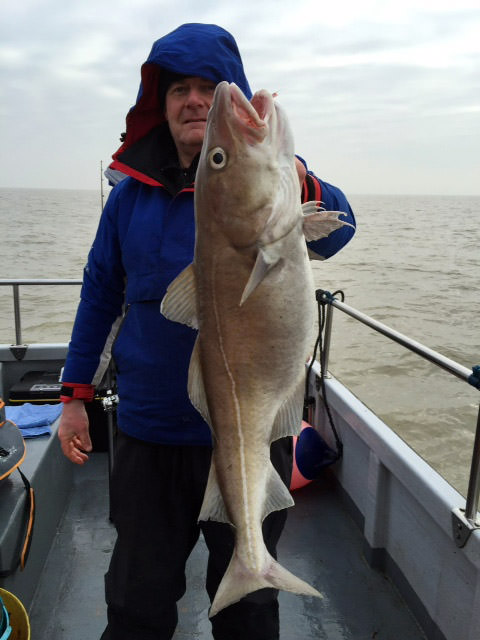 Still much the same on the sprat and herring front, the Thames Estuary is still full of them. Although to be honest we are just seeing a typical January. Both Clacton and Walton piers have had a slow week, although with the calmer seas we have seen more dabs and flounders being caught. Still not much happening on the cod front, and just the odd ray being caught.

The beaches have seen more flounders caught, plus dabs and a few small bass. Not a great week for the beach and pier angler, but there are still lots of smaller fish to be caught, so you still will be getting plenty of bites, and there is always a chance of a heavy weight ray to be caught.

We now have new Commercial and recreational restrictions on bass fishing set for 2016. Pleasure anglers from 1st January 2016 are only allowed to fish for bass on a catch and release basis until 30th June 2016, this means that all bass caught will have to be released. From 1st July 2016 to 31st December 2016 anglers will be allowed to keep only one bass per day.

Can You Really Afford To Lower Costs When it Comes to Boat Safety Equipment?