We seem to be slipping quietly into autumn, with the codling and whiting catches slowly increasing from beaches, boats and piers, and still we have all the summer species still being caught.

From the boats the charter boat Sophie Lea reported for the month of August saying that that it has been one of the best months of the year for numbers of species of fish caught. It was one of the best bass runs for many years, although not as many that made it into double figures. The new bass regulation is a three bass daily limit per angler and a size limit of 42cm.

The August run of smoothhounds has been particularly productive with many double figure hounds being caught, however weed has been a big problem. The tope fishing proved fruitful, with fish to 45lbs, but the distance to travel to catch them and fuel costs have made it difficult. It has also been a good season for stingrays, which has made up for a few lean years when hardly any of these giants have been caught. The thornback rays are still with us and will be till the water temperature drops, but they will never be far away and a few will still be caught throughout the year. 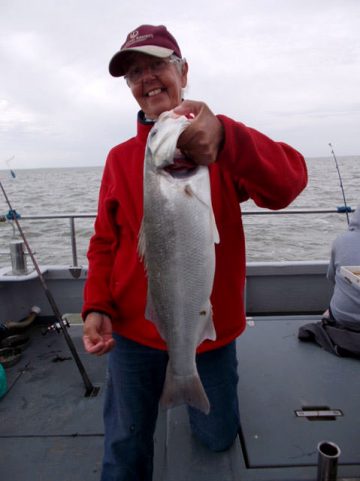 Clacton Boat Club member Dave Hollands has been out again this week and he told me that the hounds were a much bigger size this week with fish into double figures and three really big hounds that broke the line, with most of the fish caught on squid baits.The beach and pier angler hasn’t missed out this week either, but most fish have been on the small side although there has been plenty of bites. After dark has seen a few bigger bass in the 3lb-4lb range from the beaches and the odd thornback ray plus early autumn whiting.

Clacton Pier seems to be the hotspot this week with rays and codling showing well. Local angler Matt Clark fished a day time tide here and caught three rays to 6.5lbs and at the beginning of the week Matt Stewart also had a ray and a plump autumn codling. The night tides here are seeing more whiting being caught and some codling. The Clacton and Holland beaches have had a fairly quiet week, although sole have been caught after dark and also the odd bass and ray.

My trip this week was to Walton Pier, and small fish were the order of the day. With rising temperatures and sunshine it was not really conducive to great fishing; I fished an ebb tide and whiting were my main catch with double shots on most casts and one solitary pollack.

Jeremy Howard fished the top of the pier towards the end of the week and managed to catch a small stingray. The Walton and Frinton beaches have also been fishing on the slow side this week with just a few sole and bass being caught

Sea Fishing For Summer Smoothound – Curse Of The Camera

The Value of a Life Jacket on Shore